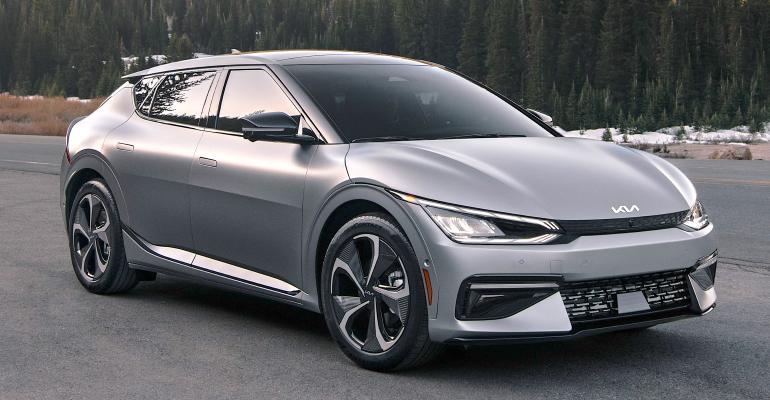 Kia’s EV6 electric crossover SUV has been met with great interest and enthusiasm, and it is easy to see why. The car’s combination of futuristic styling, excellent electric driving capabilities, and reasonable price ($42,000 before a $7,500 federal tax rebate) make it a must-consider for EV shoppers.

I’ve found that the EV6 largely meets the lofty expectations that its specifications set, with a couple frustrating design mistakes that potentially spoil the car’s appeal.

The EV6 delivers exactly the driving experience that its leading-edge styling promises: brisk, silent, comfortable, and efficient. The no-nonsense lines of the sheet metal and the clean interior design aesthetic with its multiple textures announce that this is a modern ride.

The front seats are spacious and comfortable and the rear seat features limousine-like legroom. However, a high floor above the battery pack and a stylish low roofline combine to provide a compressed space that seems slightly claustrophobic despite the abundant legroom. With the rear seats folded, that legroom translates to a huge cargo bay, and even with the seats up there is plenty of space in the EV6’s way-back.

The 168-kilowatt electric motor equals 225 horsepower, which is plenty for this type of vehicle. Acceleration is fine, but I’d like to see more aggressive engine braking when lifting off the accelerator.

The EV6 has driver-selectable levels of regenerative engine braking that range between mild and moderate. These levels are selected using steering wheel-mounted paddles that would shift gears in a combustion car. Pulling the left one and holding it will even stop the car. Holding the paddle down engages Kia's "I Pedal" mode for one-pedal driving which will stop the car when the driver lifts off the accelerator pedal.

The large, bright 12.3-inch display screens provide an abundance of crisp, high-definition information and they are blessedly dimmable. The center infotainment display even turns off on the second level of the menu. While that isn’t as good as having a dedicated button or a top-level menu button, it is pretty good for drivers ready for some digital detox during nighttime driving when the glowing screens can produce overload.

The test car was equipped with the optional augmented reality head-up display that supplements the usual digital speedometer with arrows to indicate the direction to turn, and a blue swoosh telling you that a car has merged into your lane. In case you didn’t see the car.

In addition to these sights, the EV6 offers three different synthetic sounds to accompany its operation, Stylish, Dynamic, and Cyber. Stylish produces a sound that reminds me of off-road tires singing on the pavement. Dynamic is a lower-pitched sound that approximates an inline six-cylinder engine’s intake noise.

Cyber seems to be the least intrusive of the three, but there is also the “off” option, which delivers the silence that EV buyers probably expect. None of the available sounds seem as soothingly pleasing as the Hans Zimmer-designed sounds of the BMW iX I drove previously. 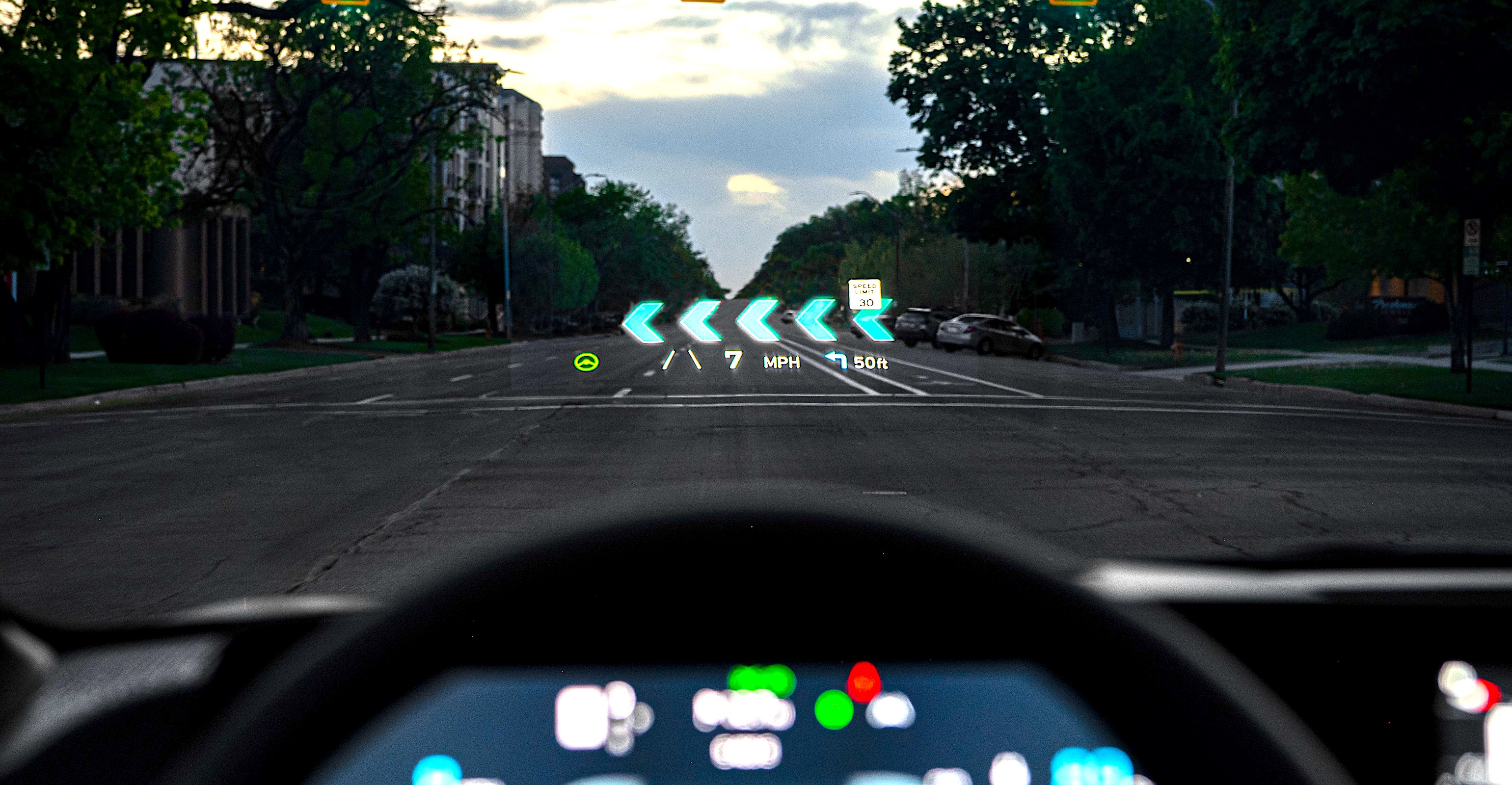 A flaw in all of this technology is Kia’s decision to have a single rotary knob on the dashboard do double duty as both the entertainment system volume knob and as the HVAC temperature control, depending on which mode is selected for the accompanying display. Having to switch modes to change the volume with the knob is an irritating design mistake. It isn’t as bad as the Volkswagen ID.4’s use of two switches to control the car’s four windows, but like that, it is an unforced error caused by designers who refuse to consider real life in their mission to reduce cabin clutter.

Kia boasts of the EV6’s Cyclist/Junction Turning collision-avoidance assistance, and it is a good thing to have, as I quickly found cars and pedestrians to the right are obscured by the EV6’s chunky windshield pillars. Similarly, the car has positively dismal visibility out the back, making its comprehensive surround-view cameras crucial for safe backing. In both cases, it is good to have electronic assistance, but bad to need it as much as the EV6’s driver does because of the obstructed sight lines.

I spent time on the highway trying Kia’s Highway Driving Assist 2, which provides SAE Level 2 automation for highway driving. It requires that the driver keep hands on the steering wheel, but I found that it would drive itself for as long as a few minutes without noticing my hands were off the wheel, which is much longer than other such systems need to realize that the driver isn’t doing the job. 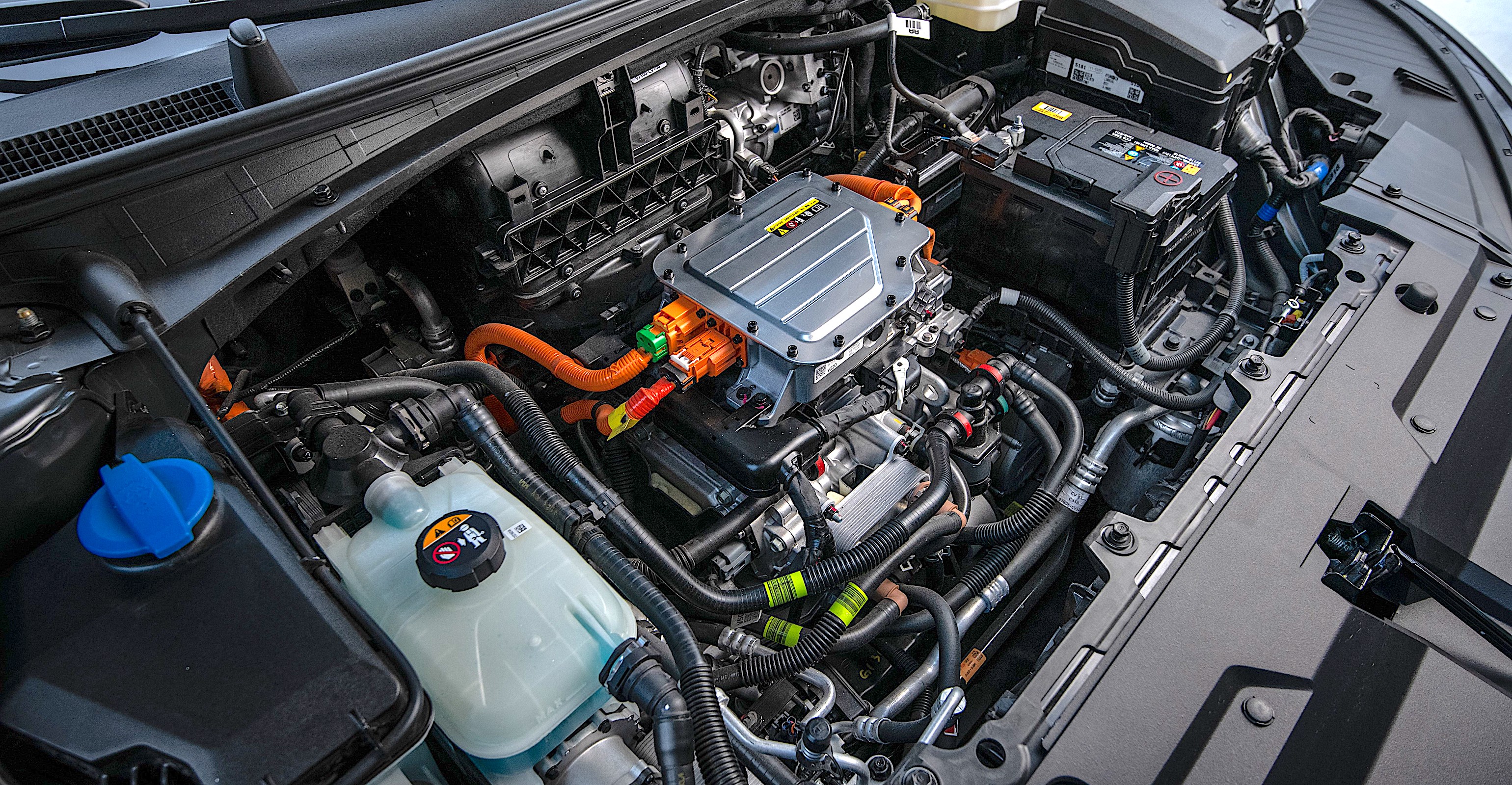 While my hands were off the wheel, the EV6 does do a good job sticking to the center of the lane rather than pinballing between the right and left lane lines. Instead, it makes constant nervous steering inputs that keep the car pretty well centered in the lane.

The driver’s hands are supposed to be on the wheel, and when used as intended, Highway Driving Assist 2 is superb. Other systems alternate between wrestling for control with the driver or mistaking steering passivity for no hands on the wheel. The Kia seems to do what the driver wants, making the cooperation a dance rather than jiu-jitsu combat.

The system will also execute automatic lane changes. This is more curious, as the system usually operates pretty seamlessly, but sometimes seems to want a little help finding the center of the new lane. You initiate the lane change with the turn signal and the EV6 will usually, but not always, complete the maneuver itself. However, the difference between the car driving and me helping it steer is subtle enough that it isn’t really obvious which of us is doing what on these lane changes.

As an electric car, the electric driving experience is the most crucial aspect.  The EPA says to expect this model to go 310 miles on a charge, but we saw a forecast of 270 miles on a full charge, and the 133 miles we drove on the highway took 135 miles off that predicted range. I drove most of these miles with the cruise control set at 70 mph, so the forecast range seems accurate while traveling at Interstate highway speeds.

Speaking of speed, when you stop at a DC fast charger for some juice, Kia promises “ultra-fast” 800-volt charging. However, when using an Electrify America 350 kW charger, the test car’s charging peaked at 133 kW briefly, running at 108 kW for most of the charge. The charger added 30 kW in 17 minutes at an ambient temperature of 55 degrees, so the EV6 demonstrated no benefit whatsoever from its “800-volt” charging system compared to other EVs that have 400-volt chargers and that peak at 150 kW. This was the case from a single charging experience at a single charger at Electrify America’s Reston, Virginia headquarters. 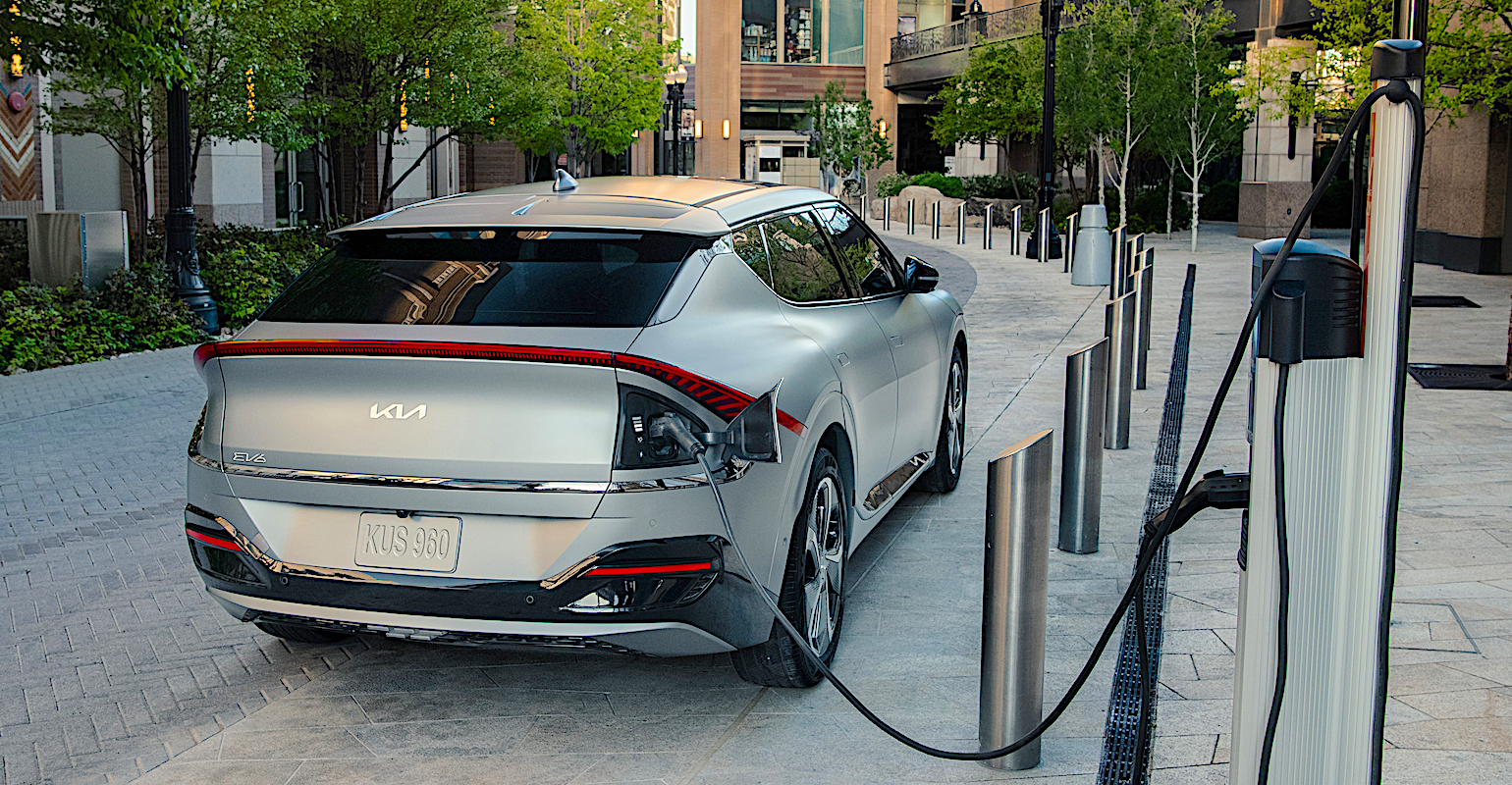 Kia found a charger where the unsuitability of the EV6's charge port is not a hindrance.

But this isn’t the EV’s worst problem with charging. That is the location of the charging port, which is cleverly hidden behind a body panel beneath the right rear taillight. It is masterful design, making the charging port invisible. And it is a functional catastrophe because putting an EV’s charging port on the back of a car that is going to use chargers that are typically at the front of parking spaces means that the driver is doomed to having to back the EV6 into parking spaces whenever charging.

Remember, there’s poor vision out the rear, so backing the EV6 depends on its safety net of cameras and sensors. And some chargers are beside the parking space, right? That was the case for the Electrify America DC fast charger. But with its very short cable, parking within reach meant ignoring the striped lines for the parking space and snugging the EV6 hard against the bollards protecting the charger. Even then the cable barely reached, making plugging and unplugging it more challenging.

At home, my Level 2 charger is in my garage, where it easily reaches the charging port of most cars parked in the driveway. Not the EV6’s though, so the car has to be backed in at home, every single time.

As great as the EV6 is in most respects and as promising as its technology is for other Kia models, I consider the charging port location that demands frequently backing a car that has terrible rear visibility to be a deal breaker.