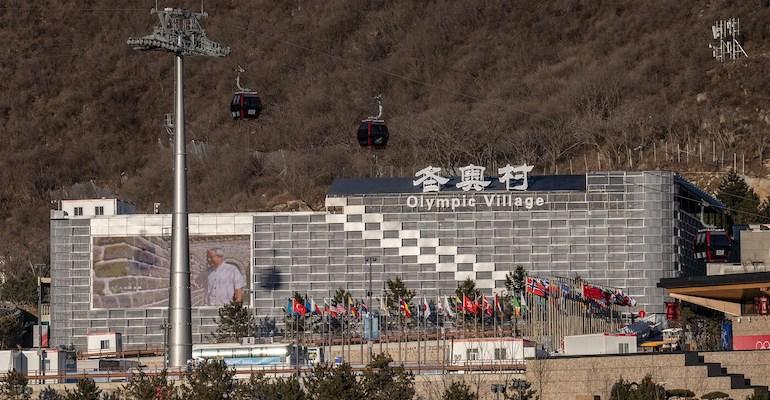 The International Olympic Committee has the goal of carbon neutrality: Here Is how China is working to meet that target.

Here are five ways in which Beijing 2022 organizers plan to achieve carbon neutrality:

The first city in the world to host both the Summer and Winter Olympic Games, Beijing has been able to reuse many of its iconic venues, retrofitting them to reduce its footprint and maximize the visibility of carbon-reducing solutions.

Related: Examining the Role of Electric Vehicles in China’s Airpocalypse

Five of the seven venues in the Beijing 2022 competition zone will be legacy venues from Beijing 2008, including the iconic “Bird’s Nest” National Stadium – which will host the Opening and Closing Ceremonies – and the Water Cube, which has been transformed from the Beijing 2008 swimming venue to the Ice Cube, to host the curling competitions.

All venues are expected to be powered by renewable energy while embracing new construction standards, from water and energy efficiency to building insulation and cooling technologies.

All newly-built venues have been certified with the highest national sustainability standards.

2. A push for renewables

For the first time in Olympic history, 100 percent of the conventional electricity demand of all venues will be supplied by renewable energy. Accelerated by the Games, a new renewable power grid transfers wind and solar energy from Zhangjiakou to Beijing, supplying about 10 percent of the city’s electricity consumption, as well as powering the Games.

Fuel efficient and clean-energy vehicles will account for 100 percent of all passenger cars and 85 percent of all vehicles, including vehicles provided by Worldwide Olympic Partner Toyota. Transport within the Beijing Zone will mainly include electric and natural-gas-powered vehicles. In the Yanqing Zone and the Zhangjiakou Zone, hydrogen-fueled vehicles will be deployed.

Opened as part of the preparations for the Games, a high-speed train connecting the three competition zones of Beijing, Yanqing and Zhangjiakou reduces travel time for the 174-kilometer journey from three hours to less than 60 minutes.

Natural CO2 refrigeration systems will be used at four Beijing 2022 ice venues – the first time this low-climate-impact technology will be used in China and at the Olympic Winter Games.

The use of this technology reduces carbon emissions from the cooling process to nearly zero, cutting heat waste and energy consumption.

It is replacing hydrofluorocarbons (HFCs), traditionally used to cool ice rinks and proven to damage the Earth’s ozone layer and contribute to global warming.

Carbon sinks generated by afforestation projects in Beijing and Zhangjiakou will compensate for the emissions from the Games. Beijing and Zhangjiakou authorities have planted 47,333 and 33,000 hectares of forest and green areas respectively. After being verified and certified by a third-party certification body, approximately 530,000 and 570,000 tonnes of forestry carbon sequestration credits have been provided to Beijing 2022 to compensate for its residual carbon emissions.

According to a news release from the IOC, all upcoming Games editions are required to be carbon-neutral, from 2030 onwards. In addition, the IOC will go a step further, requiring all Games to be “climate positive”. This means that organizers will be required to reduce direct and indirect emissions of the Games, compensate more than the remaining ones, and create lasting zero-carbon solutions for the Games and beyond.