And Now There Are 2 Leadless Pacemakers 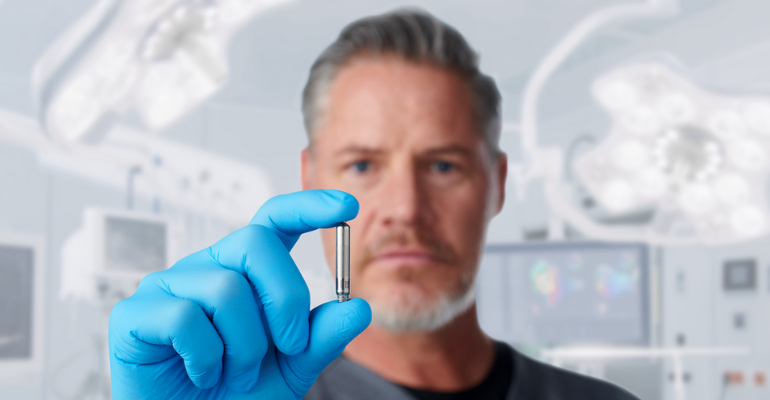 Medtronic has competition in the U.S. market for leadless pacemakers.

The Dublin, Ireland-based company made history nearly six years ago to the day when FDA approved the Micra leadless pacemaker on April 6, 2016. The device represented a major innovative leap in pacemaker technology, and also became a prime example of how medical device manufacturers continue to push the boundaries of what's possible in medtech miniaturization.

The Aveir leadless pacemaker is implanted directly inside the heart's right ventricle via a minimally invasive procedure to treat slower-than-normal heart rates. Unlike traditional pacemakers, leadless pacemakers do not require an incision in the chest to implant the device or cardiac leads to deliver therapy.

Abbott's leadless pacemaker is designed with a unique mapping capability designed to allow physicians to measure electrical signals within the heart and determine the correct placement of the device before final implantation. The device also has an increased projected battery life that can be up to two times longer than other leadless pacemakers that are currently commercially available, the company said. Finally, Abbott touted that the device is the only leadless pacemaker designed to be retrieved if therapy needs evolve.

"The Aveir leadless pacemaker offers an exciting option for the treatment of people with cardiac arrhythmias. Leadless pacemakers address known complications associated with traditional pacemakers. In addition, the Aveir leadless pacemaker brings unique innovations we've been seeking, such as the ability to ensure electrical performance before we commit to placement," said Rahul Doshi, MD, director of electrophysiology at Honor Health. "Abbott's leadless pacemaker addresses the need for a single-chamber device that accommodates any therapy path for a patient through Aveir's retrieval capability and extended battery longevity." 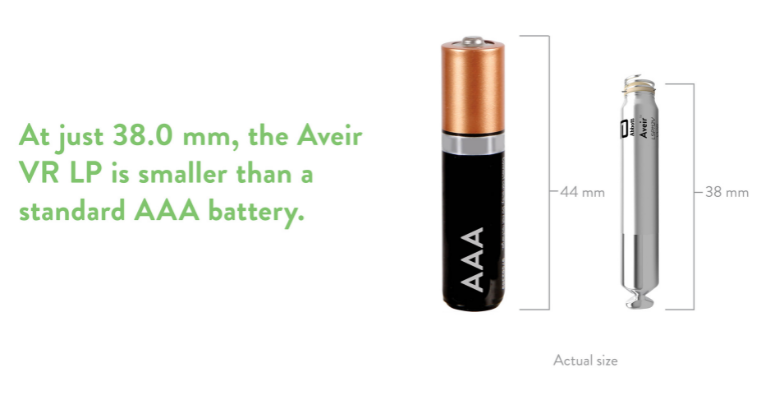 FDA approval was supported by data from a global study published late last year in the Journal of the American College of Cardiology: Clinical Electrophysiology.

"The Aveir VR leadless pacemaker was designed to make the implantation and retrieval processes as seamless as possible for physicians and provide improvements over existing options," said Randel Woodgrift, senior vice president of Abbott's cardiac rhythm management business. "Our goal is to continue to build on the success of Aveir to provide more first-of-their-kind products in the future, revolutionizing how abnormal heart rhythms are treated."

For now, Medtronic and Abbott are the only two companies with FDA-approved leadless pacemakers, but Boston Scientific might not be far behind.

Boston Scientific's device has the potential to truly distinguish itself from the Medtronic Micra and the Abbott Aveir because it consists of two cardiac rhythm management (CRM) devices intended to work together to coordinate therapy: the Emblem MRI subcutaneous implantable defibrillator (S-ICD) system and the Empower modular pacing system (MPS). The combination device would be the first leadless pacemaker capable of delivering both bradycardia pacing support and antitachycardia pacing (ATP).

"Since the Empower MPS device can be delivered percutaneously via a minimally invasive approach without the use of leads, the mCRM system could preserve many of the benefits of the S-ICD system while offering an option for patients who subsequently develop a pacing requirement," said Kenneth Stein, MD, senior vice president and chief medical officer for rhythm management and global health policy at Boston Scientific. "The components of the system are designed to work in concert with each other, regardless of when implanted, giving physicians the ability to provide personalized patient care today while keeping options open in the future."

The prospective, non-randomized MODULAR ATP clinical trial is expected to enroll up to 300 patients at up to 50 centers in the United States, Canada, and Europe. Patients enrolled in the trial will include those who are guideline-indicated for an ICD or who already have an Emblem or Emblem MRI S-ICD system implanted. The trial will evaluate the system- and procedure-related complication-free rate of the Empower MPS, the communication success between the Empower MPS and the S-ICD system, and adequate pacing capture thresholds of the Empower MPS, shown below. 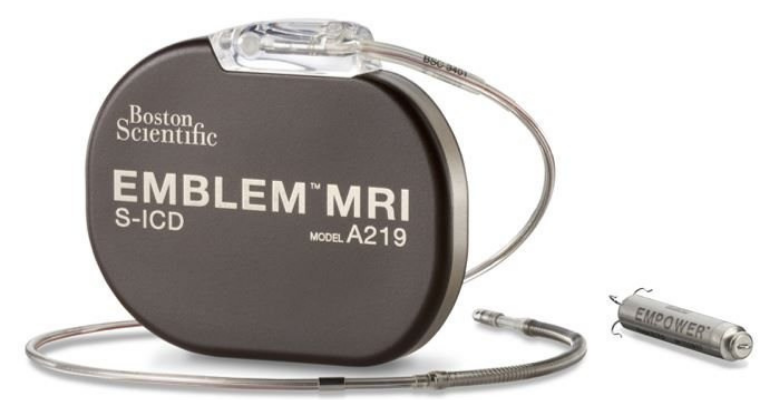