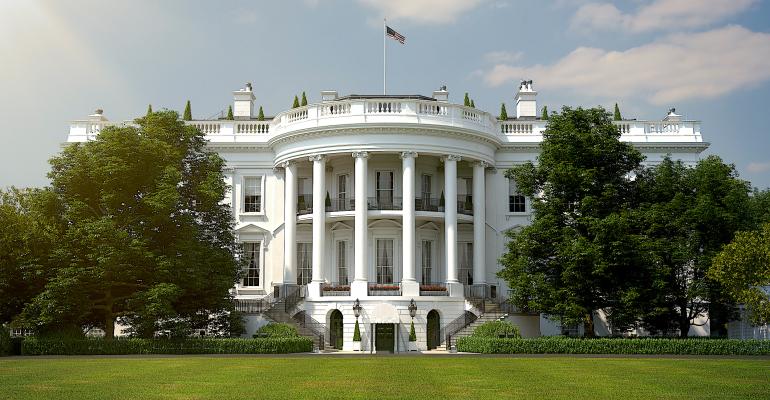 President Biden continues the full-court press toward the electric Corvette of his dreams.

In a ceremony on the south lawn of the White House, President Biden nudged the auto industry forward on the shift from combustion power to electric propulsion with an executive order proclaiming a target of half of new vehicles sold in the U.S. in 2030 being electric powered.

Carmakers Ford, General Motors, and Stellantis were on hand to lend support to the announcement, and BMW, Honda, Volkswagen, and Volvo also announced their backing of the non-binding goal.

Achieving this goal would produce a 60 percent reduction in greenhouse gas emissions from the 2030 crop of new cars compared to current levels, according to the White House statement.

Biden’s statement points out that battery costs have dropped by 85 percent since 2010, while driving range for EVs has increased, and charging times have shortened. He also pointed out that while consumers may have been deterred by a paltry selection of EV offerings in the past, that there are now more than 40 electric models available in the U.S.

Of course, as the son of a Chevrolet dealer and the original owner of a classic 1967 Corvette, Biden has expressed particular interest in eventually seeing the rumored electric version of that iconic sports car. But this announcement was about regular cars for regular drivers.

EVs at the @WhiteHouse pic.twitter.com/yH4Ansy5cU

Ford executive chairman Bill Ford, a longtime advocate for green policies, explained the company’s backing for this ambitious target. “It has been said that this generation is the first to feel the impact of climate change and the last that can do something about it,” he said. “I am proud that Ford is leading the electric revolution and standing for stronger standards that protect people and the environment as we process towards a zero-emission transportation future. Ford has always been a leader in sustainability and our employees continue their tremendous efforts to leave our children and our grandchildren with a cleaner planet.’

Ford CEO Jim Farley offered more concrete details on the company’s plans to deliver on this aggressive goal. “Ford is on an ambitious trajectory to lead the electrification revolution -- from being the only full-line American automaker to side with California in favor of stricter greenhouse gas emissions to electrifying our most iconic and popular vehicles, like the F-150 Lightning, Mustang Mach-E, and E-Transit,” he said. “Customer demand has exceeded our expectations. So, we expect to be well positioned to have fully electric vehicles account for 40 to 50 percent of our U.S. sales by 2030.”

Additionally, the coalition of carmakers that have committed to observing California’s strict fuel efficiency and pollution requirements issued a statement on the executive order. Those companies are BMW, Ford, Honda, Volkswagen, and Volvo Cars, saying, “We were proud to stand with California to establish progressive new greenhouse gas regulations, and we remain committed to leading the industry in fighting against climate change. That’s why we support the Administration’s goal of reaching an electric vehicle future and applaud President Biden’s leadership on reducing emissions and investing in critical infrastructure to achieve these reductions.”

General Motors issued its own remarks, stating that, “General Motors is committed to a zero-emissions, all-electric future and has charted a path which aspires to eliminate tailpipe emissions from new light-duty vehicles by 2035. We are pleased to join in today’s joint statement of a shared aspiration of achieving 40-50 percent of annual U.S. sales volumes of electric vehicles by 2030.”