Electric Recreational Boats Are Making Waves in the Industry 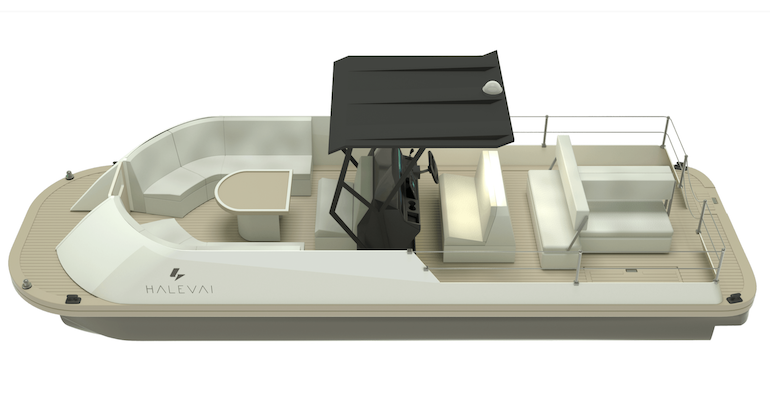 As electrification in the car industry accelerates, several startups and boat manufacturers appear ready to bring electric vessels to the recreational boating industry.

Electric and hybrid boat powertrains are not a new concept — but like EVs, they can be much more difficult to source than their conventional, gas-powered counterparts. However, this situation may be about to change, thanks to major manufacturers and new startups like Halevai Power, which have plans to bring electric recreational boats to the market shortly. Here’s what people can expect as these vessels become more commonplace.

Electric Recreational Boats in the Works

Related: Here Are 9 Vessels That Are Helping Norway Lead the World in Electric Ferries

Halevai is a concept boat manufacturer founded in early 2021 by COO Evan Licht and CEO Frank Heidinger. The company’s debut craft is the HALEVAI2050, a 24-foot fully electric-powered pontoon boat. It will start at $95,000, is customizable, and is manufactured in the U.S.

Owners will be able to choose from several power configurations. The boat has a battery range of up to 80 kilowatt-hours and a near-silent motor with an electric propulsion system. Operators will also be able to skip filling up on gasoline — which could be a major benefit, as gas prices are higher-than-ever and on track to rise in the foreseeable future.

Industry observers predict that electric boats like HALEVAI are likely a window into the future of boating. “Combustion engines will die,“ said Michael Jost, former head of group strategy of the Volkswagen Group, in early 2021. Jost is currently on the advisory board of Australian electric multi-hull boat manufacturer Silent Sails. However, there’s likely a long road ahead for electric recreational boats, just like EVs. Manufacturers of these crafts will have to convince consumers that making the switch is worth it.

Why a Gamble on Electric Recreational Boats May Pay Off

There is evidence that the end of combustion engines in recreational boats could be inevitable. Halevai’s debut craft will be joined by several other electric boats that are on track to hit the market soon. Changing market conditions could also make these watercraft more attractive to consumers.

For example, rising gas prices will likely make electric boats seem like a better deal. If the government clamps down on recreational boating in response to rising gas prices, these boats could become a better option than gasoline-powered watercraft overnight. The Department of Energy never followed through on its suggestion to ban weekend boating during the 1979 oil crisis. Still, a similar move could be considered in the future. Oil prices continue to rise due to global conflict and ongoing supply chain disruptions.  Recreational boat owners that go electric will be able to sidestep any bans on gas-powered watercraft and avoid high fuel prices.

Manufacturers of electric recreational boats face many of the challenges that EV makers will also have to overcome — including higher manufacturing prices, potential maintenance challenges, and limited national charging infrastructure.

Right now, consumers seem open to electric vehicles, according to current market research, but not necessarily ready to commit to a purchase. Manufacturers of electric boats may face similarly ambivalent buyers, which could slow their adoption.

The limitations of rechargeable batteries have been a challenge for electric vehicle and boat manufacturers in the past. Rechargeable batteries that were small and lightweight enough for EVs often did not store enough power, limiting cars’ ranges. As a result, many consumers cited “range anxiety” when asked about factors that would prevent them from buying one.

Battery technology has come a long way since mainstream automakers first began experimenting with electric cars. Newer, more efficient batteries are being developed all the time.

Modern electric vehicles have quickly become range-competitive with gas vehicles — and may even offer a similar top speed or acceleration. These battery improvements have made EVs much more palatable to consumers and appear to be driving significant market growth. The new electric boat industry could be buoyed by developments in battery technology that are likely to emerge in the next few years.

Electric boats rely on battery technology that is extremely similar to what is used in EVs. Advancements that come from outside the industry could be easily adapted to recreational boats, allowing for electric versions that are more powerful and have a greater range — even without significant boating industry investment in battery technology.

Several electric boats are on track to hit the market over the next few years. This could be a sign that recreational watercraft with combustion engines may one day become obsolete.

Rising gas prices and innovations in battery technology are likely driving new interest in electric boats. However, manufacturers will face significant challenges as consumers appear to remain skeptical about these vessels’ potential. Given time and continued improvements, more people will likely adapt to these watercraft's cost savings and convenience.