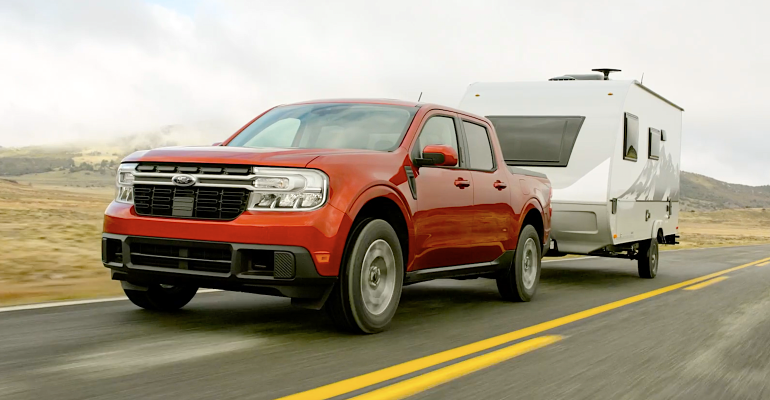 2022 Ford Maverick
Ford is replacing the outsourced electric motor used in the Escape Hybrid with its own design.

Ford’s new Maverick compact pickup truck pioneers levels of fuel efficiency not seen since the days of the VW Rabbit pickup diesel, with an expected 40 mpg in city driving. That’s because the Maverick will be the first pickup that comes in a hybrid-electric configuration as its base model. The name is revived from Ford's compact sedan of 1970-'78.

While previously compact pickup models like the Ranger have grown in cost, size, and thirst, many would-be pickup buyers have been left behind by their inability to purchase, park, or fuel these nearly full-sized models. The Maverick will start at less than $20,000 for the base model, is 10 inches shorter than the Ranger and 32 inches shorter than an F-150, and delivers hybrid-level fuel efficiency. 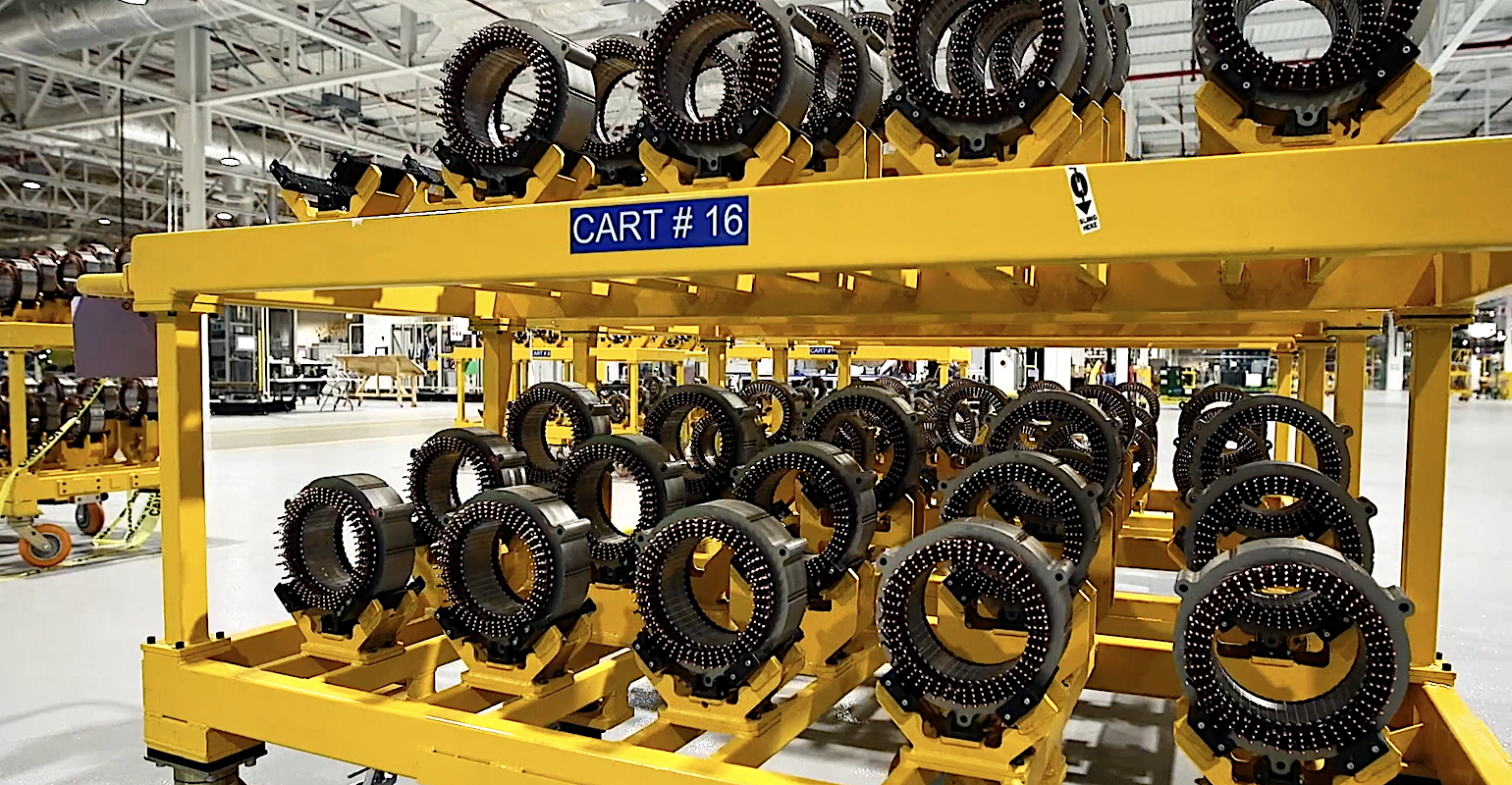 That base truck includes a hybrid-electric drivetrain comprising a 2.5-liter Atkinson-cycle gas four-cylinder backed by Ford’s first in-house designed and manufactured electric motor. The hybrid system is the same integrated motor/generator incorporated into a planetary continuously variable transmission that Ford has used in previous hybrids. Those include the Escape SUV, which shares its underpinnings with the Maverick, although the pickup substitutes the new Ford electric motor for the purchased motor currently used in the Escape hybrid.

The system produces 191 combined horsepower and 155 lb.-ft. torque driving the front wheels only. The Escape hybrid is available with either front-wheel drive or all-wheel drive, but for now, all-wheel drive is only available for the Maverick with the upgraded 250-hp, 277 lb.-ft. turbocharged 2.0-liter EcoBoost gas engine.

The base hybrid truck is rated to carry 1,500 lbs. of payload and tow 2,000-lb. trailers, enough to tow a couple motorcycles or personal watercraft. The EcoBoost engine can be equipped with an optional tow package that lets the Maverick tow 4,000 lbs.

The Ford-designed and built electric motor is the most technically interesting detail of the Maverick and it provides benefits to both Ford and to buyers because the motor is smaller, 20 percent lighter, and cheaper than the motor in the Escape, reports Abdul Hajiabdi, E-drive system and applications supervisor.

“We are offering a designed, developed, tested, and manufactured in-house electric motor for the first time,” said Hajiabdi. “We don’t have to rely on the know-how from our suppliers. We are doing it ourselves now.” 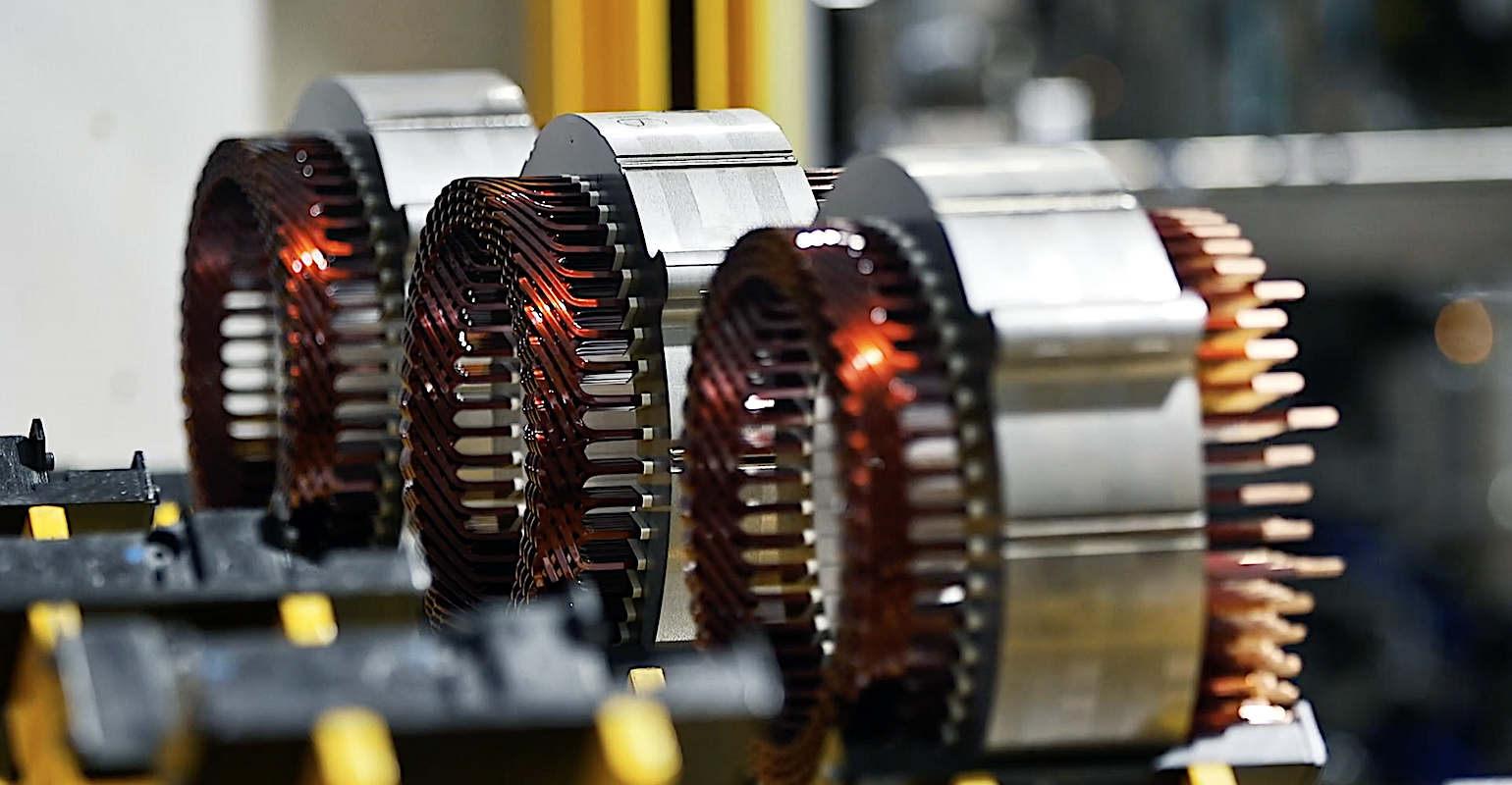 While that lets Ford take more direct control of its technology, the company was also able to develop an improved electric motor in the process. “We’re able to take costs out, material out, while keeping capability to match the “Ford truck [requirements]”.

Ford is assembling the motors at the former Van Dyke Transmission Plant, now renamed Van Dyke Electric Powertrain Center. “The electric motor, in-house, by Ford Motor Co., actually is a big part of Ford’s commitment to electrification,” stated Hajiabdi. “There was a recent announcement late last year that Ford is committing an investment of over $150 million particularly for this Van Dyke Transmission Plant, which is the home of this e-motor, alongside the transaxles that it will be equipped with.” Indeed, we covered that investment here.

The Ford electric motor boasts a couple significant refinements over the purchased motor in the Escape, according to Hajiabdi. “On the manufacturing side, we are utilizing the hairpin design, which is one of the best-in-class designs we have for the winding scheme for these machines. By using this hairpin design, we’re able to push more current while keeping the noise, vibration, and harshness performance to the limits,” he said.

And Ford also improved the installation of the motor’s permanent magnets by embedding them directly into the motor’s rotor housing. “The way the permanent magnet is retained inside the rotor assembly, many suppliers and other OEMs actually glue the magnet inside the pocket of the core,” explained Hajiabdi. “But for this design, Ford is using the technology of molding the magnets inside the core. By doing that, one of the things that this enables is that we can push this motor to higher speeds which translates to higher vehicle speeds.” 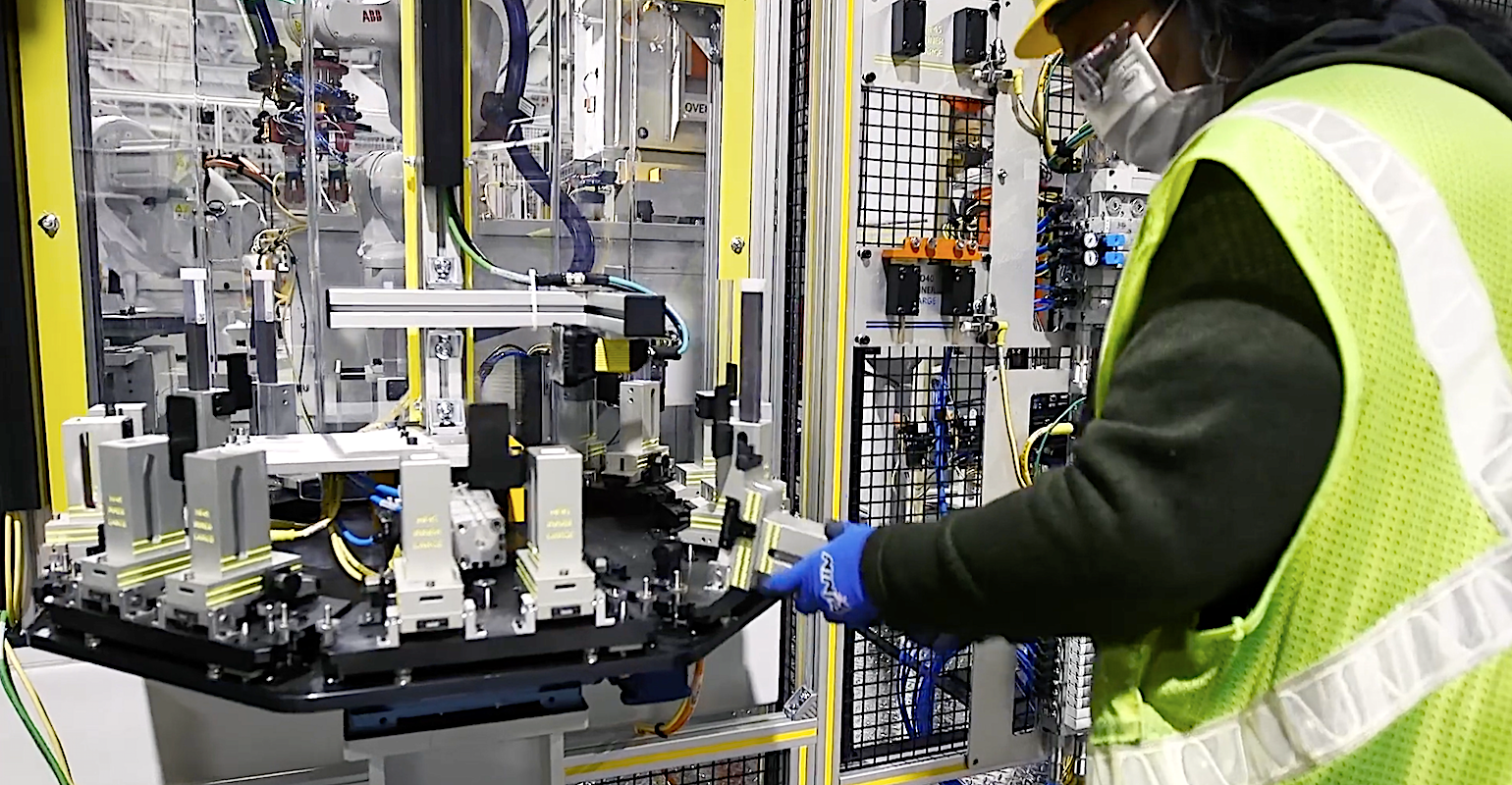 Higher vehicle speeds? Ford’s electric motor probably won’t be repurposed for Formula E electric race cars anytime soon, but it does make good power. “The electric motor can deliver as much as 2,300 Nm of torque and 98 kW of power,” he said. “Why does this matter? Because this is the Maverick requirement for zero to sixty-type performance, which gives you the type of kick that you are looking for. This is instant torque that you feel the moment that you press your foot on that pedal.”

Ford F-150 Lightning chief engineer Linda Zhang described how properly cooling the electric drive components during hot-weather testing on long grades was a particular challenge for that vehicle. For the hybrid Maverick, the gas engine shoulders much of the load, putting the electric motor’s strain in different conditions.

“One of the requirements that we have on this Maverick is to tow max trailer [weight] up a grade while maintaining full function,” Hajiabdi said. “One of the things that this e-motor provides is to give us the ability to actually get through the grade for that entire distance without sacrificing any performance.”

The Colorado River’s Davis Dam grade is the SAE J2807 benchmark for hauling trailers up the climb in hot weather, but that isn’t a test that bothers the Maverick hybrid. “Davis Dam is nothing,” Hajiabdi boasted. “The requirements are different. At Davis Dam we put the [gas] engine to the test. The [electric] motor is cooled very well for that particular operating condition.”

To strain the electric motor, Hajiabdi runs the Maverick up a hill that is twice as steep as the 6 percent average of the Davis Dam climb. “You’ll have to double that grade to start keeping that e-motor honest,” he laughed.