New Military EV & Wearable Battery Ready to Be Called Up 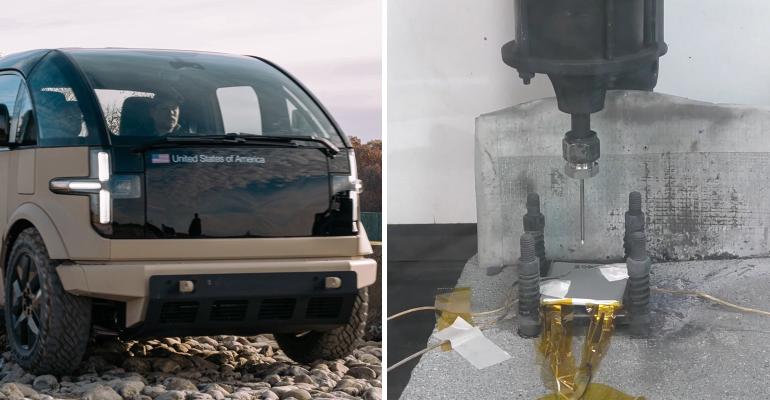 Milestones in the efforts to electrify US military ground vehicles and improve batteries carried by soldiers were announced in early December. On December 1, high-tech advanced mobility company Canoo announced it had delivered its new Light Tactical Vehicle (LTV) to the United States Army for analysis & demonstration in fulfilment of a contract awarded in July 2022. And on December 6, lithium-ion battery maker Amprius Technologies Inc. reported that an independent third-party testing lab has validated Amprius’ 390 Wh/kg polymer electrolyte cell by successfully passing the nail penetration test required by section 4.7.4.4. of the MIL-PRF-32383 Military Performance Specification.

The new LTV that Canoo delivered to the US Army is engineered for extreme environments and includes stealth configurations. Designed to be durable with a focus on passenger and battery safety, the LTV incorporates Carbon Kevlar for strength without the added weight. It can be converted from a pickup to a flatbed truck, a cargo vehicle and more. With a convertible flatbed platform, the LTV can easily carry standard sized plywood, construction and oversized materials, as well as tactical equipment or attachments for the required mission. 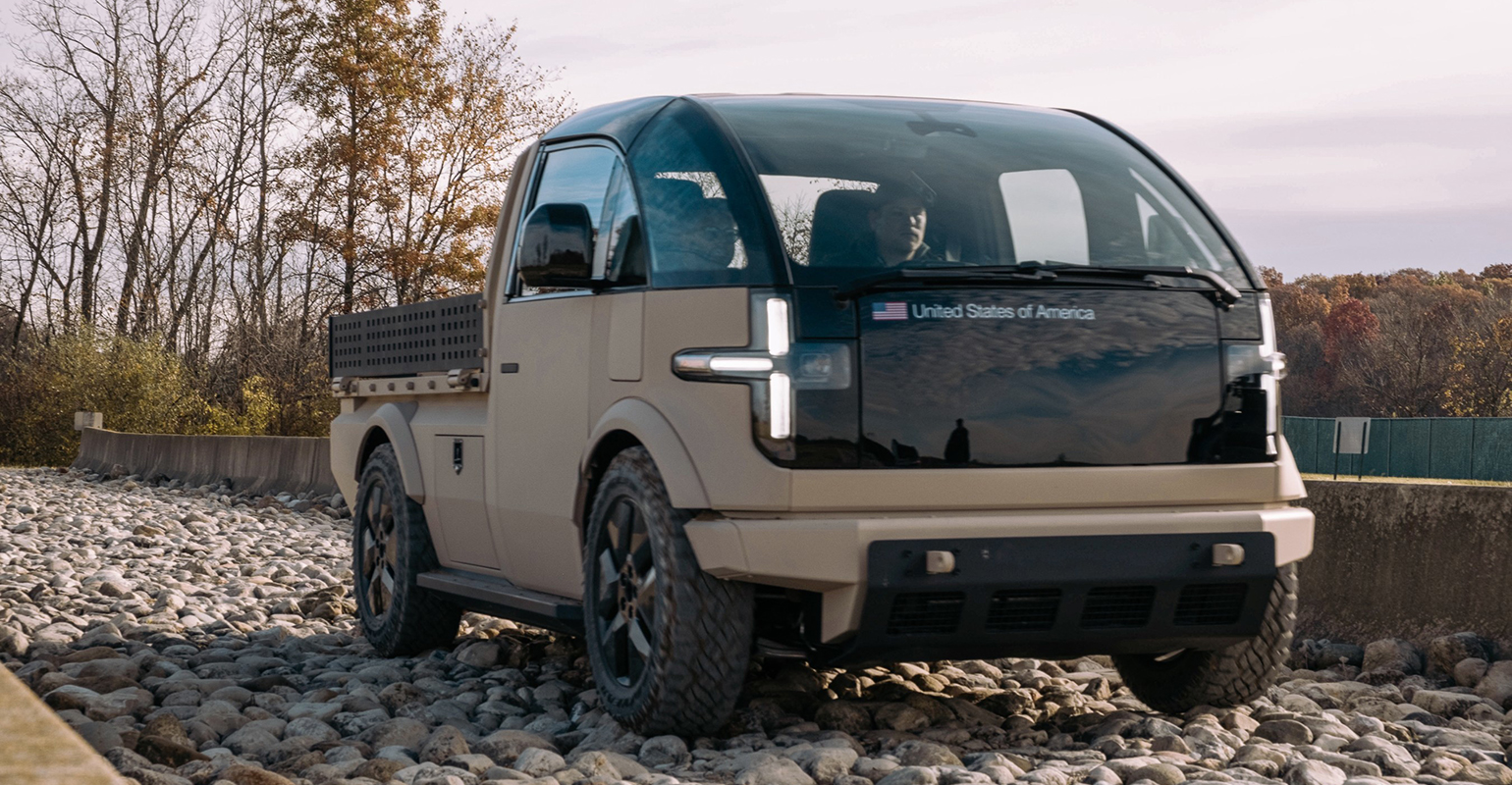 Canoo's proprietary modular attachment system and accessories quickly interchange the flatbed walls with many other types of mounts including racks, ramps, storage boxes, tents, or tactical systems. The modular upfitting enables the LTV to have mission-specific configurations at a lower total cost investment.

The LTV has a proprietary all-wheel drive system with up to 600 hp. To support the increased demands of off-road environments, the LTV incorporates air-springs, a raised suspension, and 32-inch all-terrain tires to build higher ground clearance suitable for extreme or rugged conditions.

All Canoo vehicles are based on the company's proprietary multi-purpose platform that integrates all the critical components of an electric powertrain, so it is as flat and efficient as possible, while maximizing cabin and cargo space.

The nail test that the Amprius battery has passed is used to determine the feasibility of a specific product in combat scenarios. Cells tested in accordance with 4.7.4.4. shall not burn or explode, and the external temperature of each test sample shall not be greater than 338 degrees Fahrenheit (170 degrees Celsius) when penetrated by sharp objects. When conducting the test, a 0.113-inch diameter stainless steel nail is driven through a fully charged cell at a prescribed speed. The cell is deemed to have passed if there is no smoke or flame following the nail penetration. (The test video in real time, slow motion and infrared can be viewed here.) 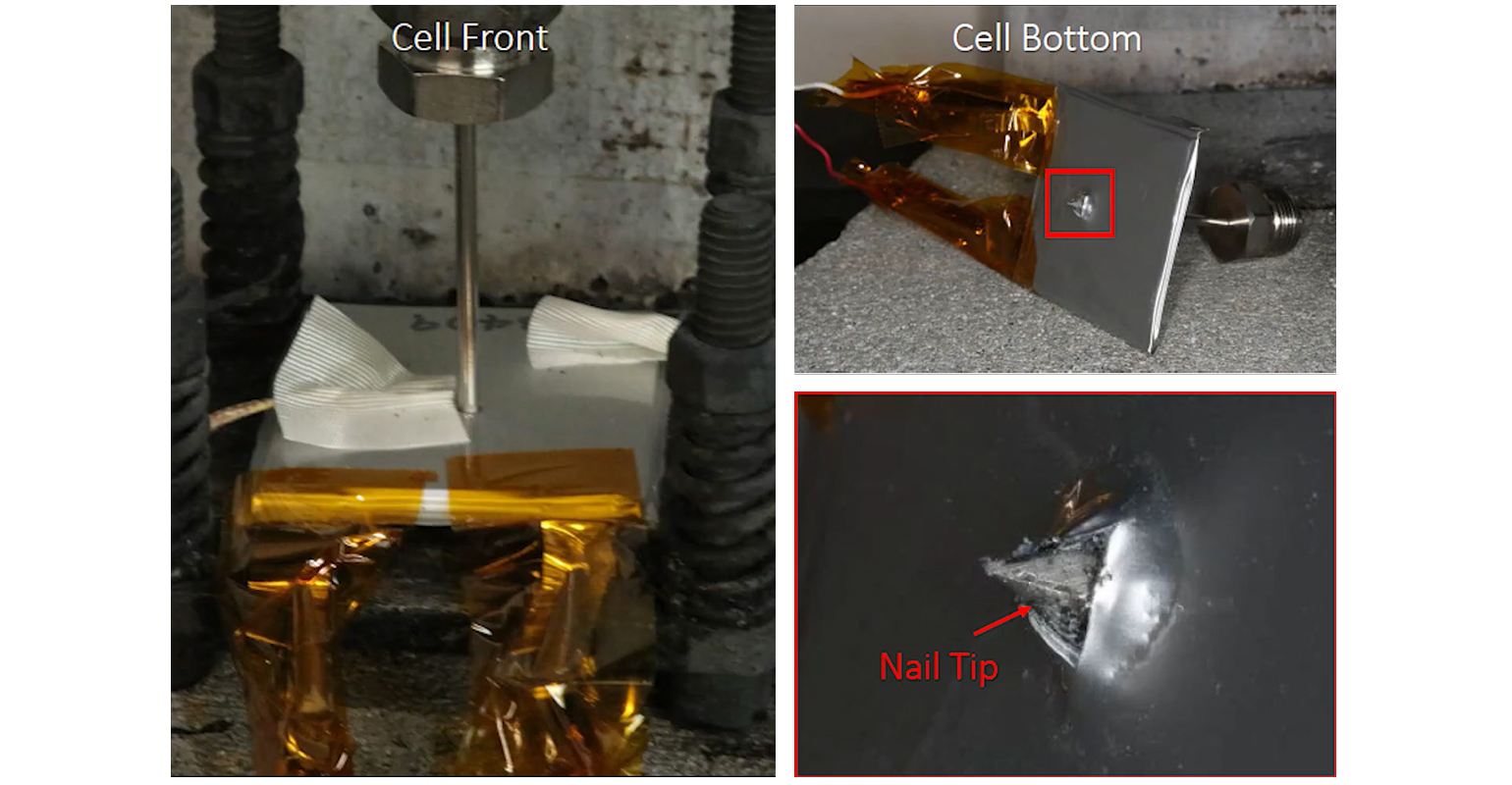 After nail penetration the Amprius cell is still functioning and able to provide power.

Amprius’ polymer electrolyte prevents the penetrating nail from creating a low resistance short circuit, as indicated by the minimal increase in the cell temperature after penetration and only a small decrease in cell voltage. After nail penetration the cell is still functioning and providing power, a critical capability for soldier wearable batteries.

In October 2021, Amprius was awarded a contract by the US Army to develop 100% silicon anode lithium-ion batteries. As part of that program, Amprius is building and testing cells for use within US Army soldiers’ central power source, the Conformal Wearable Battery (CWB). The CWB integrates into a soldier’s vest and powers critical communications and navigation equipment.

Amprius is one of the 20 battery industry companies awarded major grants through the Bipartisan Infrastructure Law. The company was specifically awarded a $50 million cost-sharing grant to demonstrate the manufacturing of silicon nanowire anode technology at the component and cell level on multi-megawatt-hour (MWh)-scale manufacturing lines that are comparable to those used in multi-gigawatt-hour (GWh) factories.