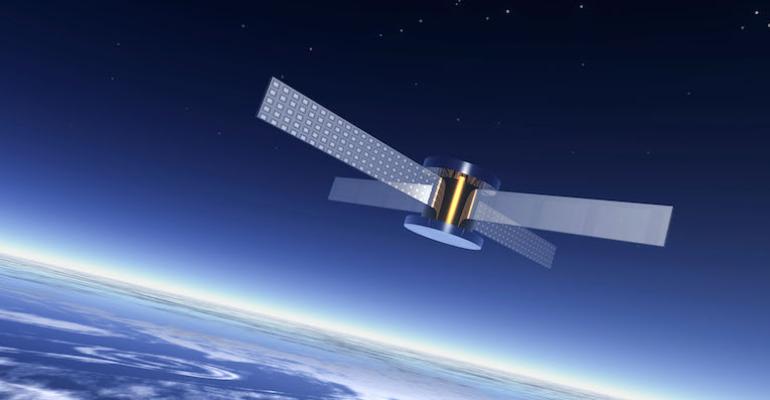 A single fuel-cell device that converts water into hydrogen and oxygen, and then converts the hydrogen back into electricity has aerospace applications.

Storing electrical energy from solar arrays on spacecraft, space stations, drones, and off-grid can be done using electrochemical reactions inside batteries. But electricity can also be stored in another way called a unitized regenerative fuel cell (URFC). A UFRC can store electrical energy through the production of hydrogen and oxygen through the electrolysis of water in its electrolyzer mode, and then reversibly combine the stored hydrogen with oxygen in the same fuel cell stack to produce electricity in the fuel cell mode. The reversible system has several distinct advantages that include high specific energy, pollution-free operation,  and decoupling of the energy storage capacity with the system’s rated power.

To work efficiently, a URFC needs to have bifunctional catalysts that can accomplish both the dissociation of hydrogen from water and the recombination of hydrogen with oxygen to produce water. This has been a problem. “Unlike the hydrogen electrode, wherein platinum is an effective bifunctional catalyst, it is very challenging to identify a suitable catalyst for the oxygen electrode due to the sluggish kinetics of oxygen reduction and oxygen evolution,” said Pralay Gayen, currently working at Intel, who was a postdoctoral research associate at  Washington University in St. Louis where a research project into URFCs was undertaken, as described in a news release.

The research team reported that it was guided by first principles —" taking into account the fundamental properties of different substances before heading to the lab to test potential catalysts.” The team ultimately identified and developed Pt-Pyrochlore, a composite of platinum and a lead ruthenate pyrochlore, which yielded high bifunctionality as a catalyst in the URFC. Lead ruthenate pyrochlore (Pb2Ru2O6.5 ) is known for its high electrical conductivity at room temperature and has been used as an experimental catalyst in traditional fuel cells and as a catalyst involved in the synthesis of organic compounds. 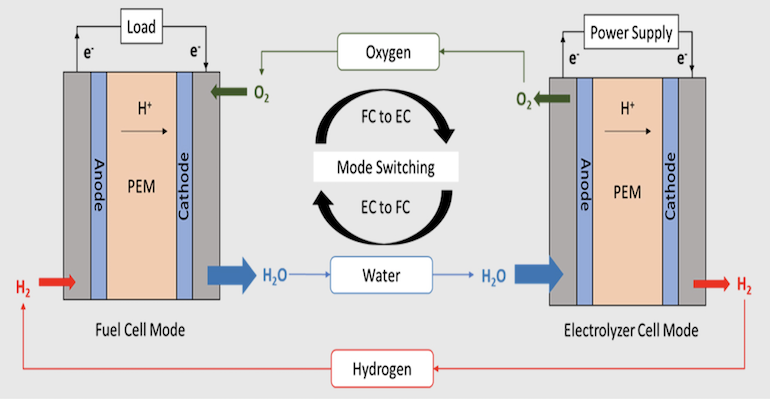 The “bifunctionality index” is a measure of a catalyst’s ability to facilitate both the forward and reverse direction of a reaction. “We want the index to be low,” said Kritika Sharma, a Ph.D. engineering student who worked on the project. “Zero, ideally.” The team reported the new catalyst has a bifunctionality index of 0.56 volts which is very low compared with the reported values for other catalysts. When used in a URFC device developed by the laboratory, the catalyst enabled a round-trip energy efficiency (RTE) of 75% — which is the highest reported round-trip efficiency in this type of URFC.

One significant advantage of a URFC is that the electrical energy can be produced for much longer operating times than with batteries since doubling the operating time needs only doubling the amount of fuel and not the doubling of the capacity of the unit itself.

Many of the anticipated uses for URFCs are still targeted to military and aerospace applications—the costs of the catalysts are a limiting factor for more generalized energy storage applications. The work at Washington University has shown that acceptable efficiencies are possible and more research is ongoing.