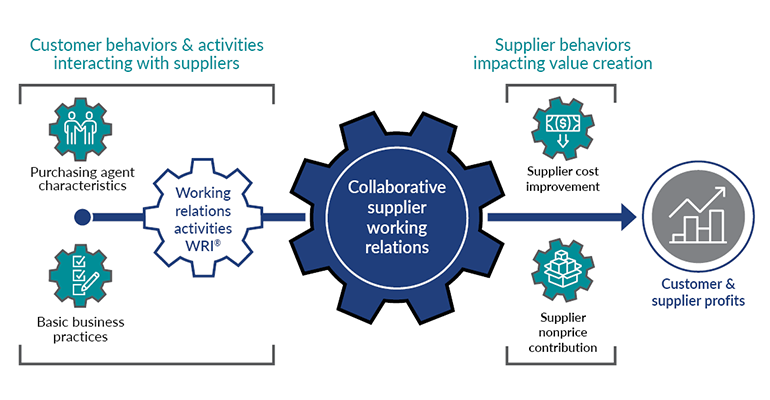 The annual Plante Moran WRI Index study measures changes in and rankings of the quality of the relationships between automotive manufacturers (OEMs) and Tier 1 suppliers, and the 2021 results are in. Plante Moran’s WRI provides three examples that help illustrate how the OEM-supplier relationship impacts competitiveness — allocation of constrained resources, technology commercialization, and cost competitiveness. Plante Moran is an accounting and management consulting services firm based in Southfield, MI.

Resource constraints due to the continuing COVID-19 crisis, as well as microchip and material shortages, have tested every major vehicle manufacturer and supplier, said Dave Andrea, Principal of Plante Moran and author of the study’s results, bringing just-in-time production philosophies and regionalization into sharp focus. Lower per-piece prices can be a smart tradeoff for improved supply-chain resilience and lower risk, giving OEMs more latitude and options to respond to current and future challenges. “When we look at the production disruptions over the past 15 months, it’s evident strong customer-supplier relationships make a difference,” said Andrea.

In times of crisis, when production allocation, response time, and stability in the supply chain are critical, being the “customer of choice” helps protect production and launches, noted Andrea. “Put another way, think of the working relationship with your suppliers, who determine how to allocate technical talent, capital, and other constrained supplies among their customers, as insurance. Without a doubt, when we look at the production disruptions over the past 15 months, it’s evident strong customer-supplier relationships make a difference,” said the company.

Technology commercialization is becoming increasingly critical as the automotive industry moves aggressively toward electrification. Purchasing groups must manage two sides of the transition equation — gearing up electric vehicle supplies for production while simultaneously moving out of internal combustion engine (ICE) production. Many suppliers supporting OEM ICE production also support the electrification side, explained Andrea. As OEMs shift their business from ICE to EV and take away and add programs, the customer-supplier working relationship becomes even more critical.

Cost competitiveness has always been a huge issue between automotive OEMs and suppliers. Andrea notes that “friction at the interface of the OEM-supplier relationship is waste, a non-value add, and it applies both to financial and time budgets. OEMs that rank higher on the WRI index benefit from greater supplier transparency around cost models and realistic cost reductions. “Candidly, there’s less game-playing, which in turn minimizes expense. This is particularly important given the unstable production environment we’ve seen during the pandemic,” said Andrea.

Each of the three OEMs that ranked highest in 2021 — Toyota, Honda, and GM — increased their WRI score from last year, separating themselves from the other three competitors in the study (Ford, Nissan, and FCA US). Among the six OEMs, GM and Nissan increased their WRI score the most — GM by 20 points and Nissan by 21. “The gains were driven by improvements in buyer characteristics — knowledge, communication, working characteristics — and business practices — building trusting relations, working together, financial practices,” said Andrea.

Toyota and Honda rank number one or two in all categories

The WRI study comprises four indices: Working Relations, Business Practices, Buyer Characteristics, and Supplier-Derived Benefits. Looking at the building blocks of each, Toyota and Honda ranked number one or two across every variable, which gives them momentum to remain at the top, the WRI found.

Looking at WRI scores by purchasing area, Toyota and Honda again lead, noted Plante Moran. Toyota controls the top rankings by suppliers in electrical & electronics, EV & hybrid powertrain, and raw materials, with Honda number two in these areas. As the industry moves toward higher electronic content in interiors and EV powertrains, these two OEMs are best positioned to leverage their supply bases for competitive advantage. Additionally, Toyota’s top rank in all but one area shows the company is consistent across its groups. Many suppliers source into multiple purchasing groups per OEM, and consistency lowers the cost to serve any one customer, Andrea explained.

In a phone conversation, Andrea explained to PlasticsToday some of the reasons for the increase in better relationships between purchasing OEMs and suppliers. “The past year with everything being thrown at the industry, including production volatility, chip shortages, and material volatility, the capabilities and capacities of these OEM purchasing groups have really been tested,” said Andrea. “That resulted in one of the largest differences between the top- and bottom-tier OEMs since the 2010 WRI.”

One of the two breakout companies, GM increased its WRI by 20 points, and it was the “broad-based improvement” that Andrea found most impressive. The survey indicated that the various business indices showed the interpersonal relationships between buyer and supplier as well as the business processes — the fundamentals — were coming into alignment. When the study asked, “Did the OEM treat me fairly?’ GM really jumped. “And this score followed a string of three years of decline for GM. Will that [score increase] extend into a second year? We’ll have to see,” said Andrea.

Another significant change was Nissan’s score, which saw a 21-point increase. Andrea noted that Nissan’s score tells a story of alignment, organizationally from top to bottom. The Nissan-Renault purchasing organization that spanned Japan, France, and Franklin, TN, in North America was difficult because those corporate entities were not aligned, he explained. “We can’t expect those OEMs to have strong relationships with suppliers without alignment in the OEM. In the ‘Nissan Next’ strategic plan, purchasing organizations that align with that program were explicitly identified. Nissan also made improvements in its hindrance factors, such as the disconnect between purchasing and engineering, which hinders suppliers’ ability deliver on price and quality, so those were aligned functionally, as well, with purchasing supporting engineering. You can have the best buyer in the world but if the functions are misaligned, the supplier can’t deliver,” explained Andrea.

“Everybody was looking out for each other during the crisis year,” stated Andrea.