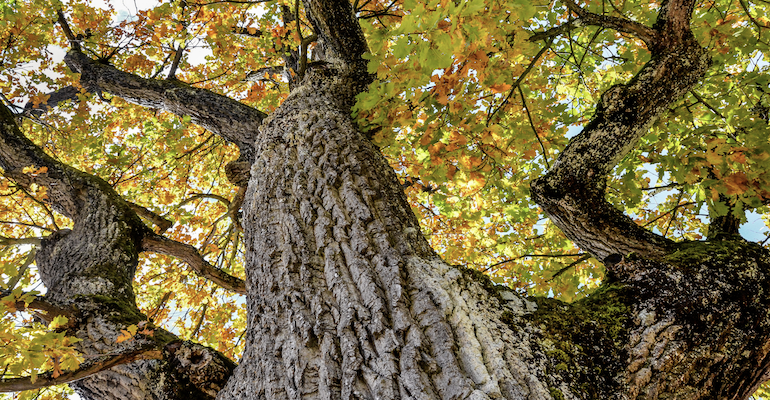 Researchers have developed a solid-state device using cellulose nanofibrils, which come from wood, as its electrolyte.

Researchers have used a material derived from trees to create a solid-state battery that can provide a safer and more powerful alternative to current lithium-ion technology.

A team of scientists from Brown University and the University of Maryland has developed a solid ion conductor that combines copper with cellulose nanofibrils, which are polymer tubes derived from a material found in wood.

Related: Two Into One: Solid-State Lithium Batteries with a Silicon Anode

The material, which is flexible and as thin as a sheet of paper, conducts lithium ions 10 to 100 times more than other polymer ion conductors, according to the team, co-led by Liangbing Hu, a professor at the University of Maryland’s Department of Materials Science and Engineering. Yue Qi, a professor at Brown’s School of Engineering, also co-led the study

The material also demonstrated versatility, with potential use as either a solid battery electrolyte—the material in a device that conducts ions between the cathode and anode--or as an ion-conducting binder for the cathode of an all-solid-state battery, he said.

Related: The 8 Most Important Materials That Will Drive the Battery Market

“By incorporating copper with one-dimensional cellulose nanofibrils, we demonstrated that the normally ion-insulating cellulose offers a speedier lithium-ion transport within the polymer chains,” Hu said in a press statement. “In fact, we found this ion conductor achieved a record-high ionic conductivity among all solid polymer electrolytes.”

Researchers believe solid-state batteries offer a safer and energy-efficient way to store and provide energy for devices and electric cars that currently use lithium-ion battery designs with liquid electrolyte materials.

Indeed, these designs have flaws, particularly with devices that have higher levels of current, that have led to catastrophic failure—in the form of explosions and fires. This is due to the formation of spikes called dendrites on the electrode that puncture the barrier between the anode and cathode of the battery and make contact with the liquid electrolyte.

Solid-state batteries can eliminate this problem because they can be made from non-flammable materials—in particular ceramics, which have high conductivity. However, ceramics are rigid and brittle, and stresses on the material can create cracks or breaks. This inspired researchers to set out to explore different organic materials for these devices.

What they found is that when they combined cellulose nanofibrils with copper, they could reach an ion conductivity on par with ceramics in a flexible material, thus avoiding some of the problems with ceramics, they said.

To understand why the material conducts ions so well, researchers performed computer simulations of the microscopic structure of the copper-cellulose material. The modeling revealed that the copper increases the space between cellulose polymer chains, which typically exist in tightly packed bundles.

This expanded spacing creates a speedway through which lithium ions can travel without impediment, hastening their movement considerably, Qi said.

“The lithium ions move in this organic solid electrolyte via mechanisms that we typically found in inorganic ceramics, enabling the record high ion conductivity,” he said in a press statement. “Using materials nature provides will reduce the overall impact of battery manufacture to our environment.”

Researchers published a paper on their work in the journal Nature. The team plans to continue its research in the hope that the material can be a key step forward to the commercialization of solid-state batteries for everyday use in devices and electric vehicles.