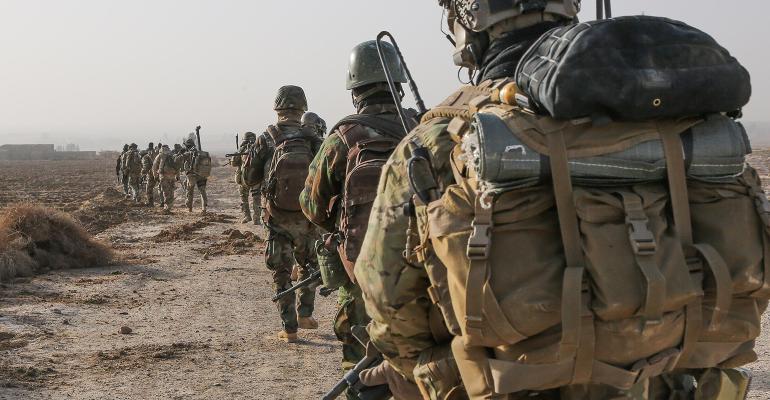 Power is one of the most important considerations for soldiers on the modern battlefield, with the demand for portable power growing exponentially over the last half a century. In the 1970s, soldiers had few items requiring batteries, usually equating to one short range radio and one night vision scope shared between the entire squadron. As mass-production of military devices ramped up and, thus, affordability improved, individual soldiers were given their own radios and scopes, along with electronic sights, laptop computers, communications gear, and rangefinders, plus a vast range of batteries to power them.

Equipped with this wealth of technology, soldiers on deployment aimed to be self-sustaining for up to 72 hours. However, to achieve this, the power demands were huge. Take, for example, the PRC-154 Rifleman Radio. The radio has a battery life of seven hours, and each battery weighs 0.8 lb, so a 72-hour mission requires 8.8 lb of batteries just for that one radio. When you consider all the other equipment that is needed, soldiers are carrying around 15 to 20 pounds of batteries just for one mission. 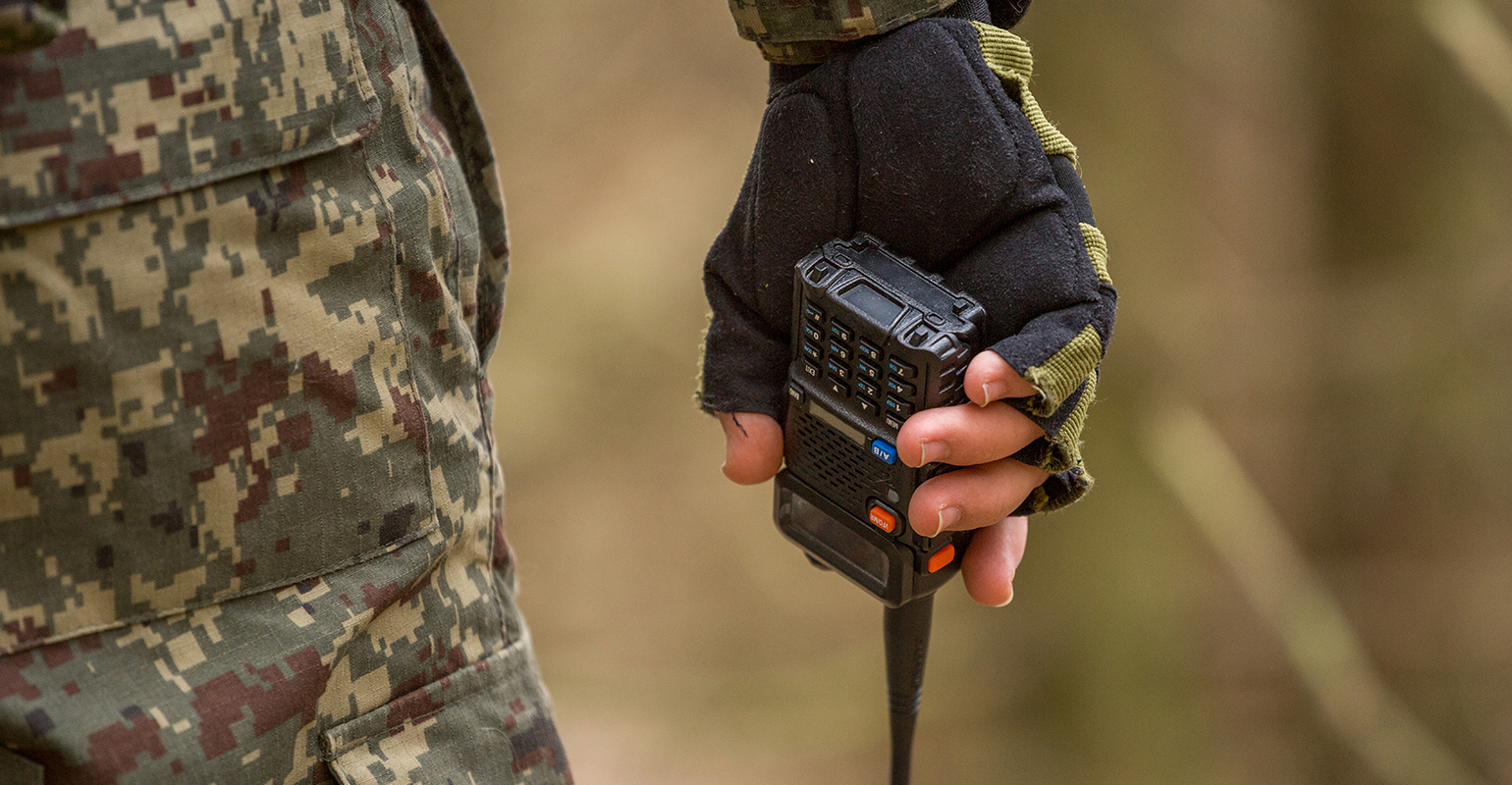 It is not just the weight of batteries that poses a challenge either. A report from 2013 suggested that “in a typical 72-hour mission in Afghanistan, U.S. soldiers carry seven types of batteries.” Resupplying this number of batteries effectively is a logistical nightmare, especially for fragile military infrastructures.

The weight issue, combined with the supply chain issue, is why Ultralife participated in the Land Warrior program. Although this US Army program sought to modernize military kits in general, Ultralife’s focus was on battery technology and how to address these issues.

The solution was that, instead of each military device needing its own power supply, one or two batteries could be used to power them all. To achieve this, a soldier power manager (SPM) is used to connect all the devices to the shared batteries and distribute power as and where it is needed. As less batteries are required, this eases the burden on the supply chain, but it also addresses the weight problem. The lightest of these aptly named Land Warrior batteries weighs just 1.15 lb (525 g) and the heaviest weighs 2.25 lb (1.02 kg); meaning that even two batteries together weigh at most 4.5 lb (2.04 kg). 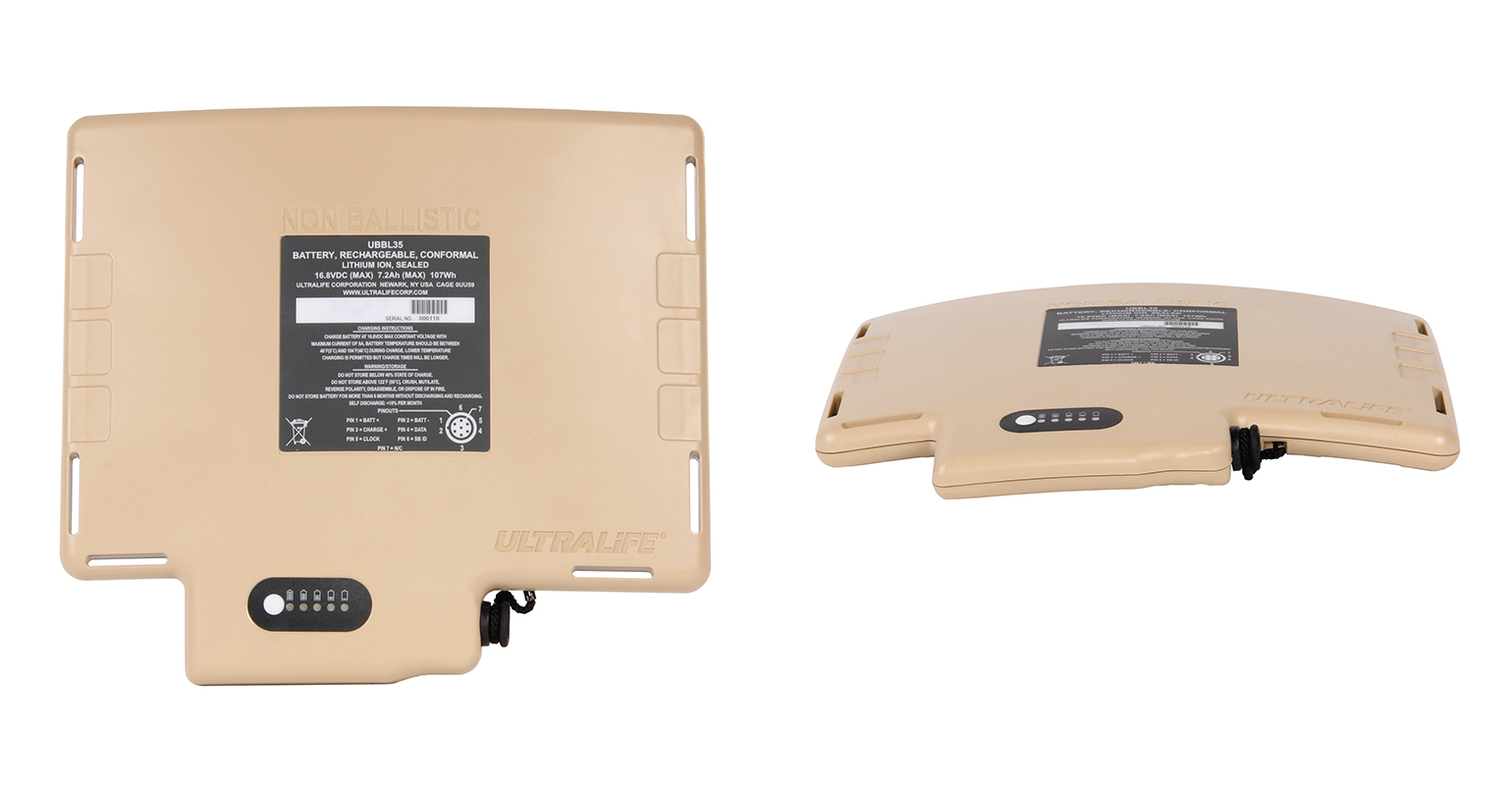 Now that prime contractors, distributors, and end users are purchasing less batteries, they need to guarantee that the ones they choose are reliable, safe, and high-performance. Land Warrior batteries have been used in many current and future military programs because they have these qualities by design.

For example, when it comes to reliability, System Management Bus (SMBus) or SBS compliant fuel gauges provide accurate state-of-charge information to the user, keeping them aware of how much power they have left. For safety, all six hip-mountable batteries contain Smart Circuit electronics to provide protection against over-or-under voltage, temperature fluctuations, and short-circuiting. Finally, the batteries have a high performance-to-weight ratio, boasting gravimetric energy densities of up to 206 Wh/Kg.

However, it is important to consider ergonomics that go beyond weight. Although most batteries in the Land Warrior range are placed on the hip in the traditional manner, one battery was designed to be placed over the chest armor to distribute weight across the soldier and contour to the shape of the body. This is a more comfortable prospect than a straight-edged battery pack and means that valuable space is freed up on the hip, which can be used to store critical equipment (such as handheld communication devices).

It is incredible to see how far military devices and their power requirements have developed over the last 50 years. Plus, advances in military technology show no sign of slowing down, which means that an increasing number of military devices are being manufactured and batteries must evolve to serve these ever-changing needs. I doubt we have seen the end of programs like US Land Warrior.

Robert Brown is a marketing executive at Ultralife Corp.