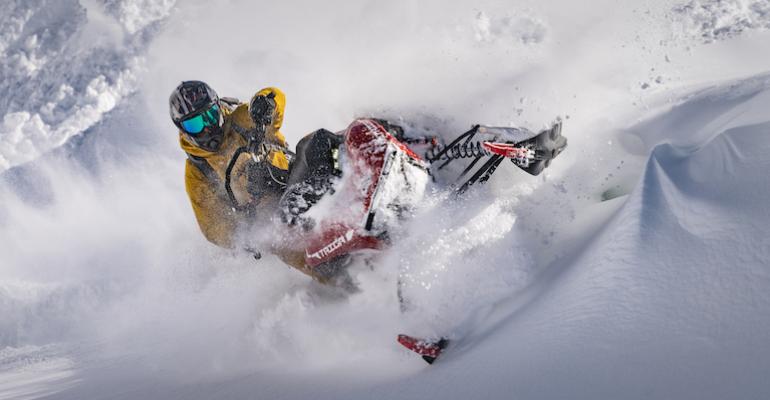 Electrification is providing alternatives and options in powersports.

The electrification of the auto industry seems all but guaranteed, but makers in other sectors — like powersports — have been slower to offer electric alternatives. However, new moves from leading manufacturers and electric startups may soon change this.

Québec-based Taiga Motors Corp. has initiated deliveries of its Nomad snowmobiles, according to a press release. These are the world’s first all-electric versions and could signal a major shift in the powersports industry.

According to the company’s announcement, because snowmobiles are “one of the most challenging vehicles in the off-road segment (to electrify), this milestone positions Taiga as an innovator in the powersports industry.”

Related: Electric Aviation—12 Examples of Where We are Heading

Taiga CEO Sam Bruneau said, "The delivery of our Nomad snowmobile is the realization of a seven-year vision to provide riders an electric snowmobile that does not compromise performance while preserving the environment.

“Our customers are now able to experience firsthand the revolutionary technology and cutting-edge design that makes Taiga a sustainable alternative while outperforming traditional powertrains.”

The Nomad snowmobiles use a clean sheet design and simplified powertrain fit for a wide range of potential uses — including “workhorse tasks, family outings or trail riding.”

Additionally, the snowmobiles are built for approachability and ease of use. This makes them accessible to enthusiasts and amateurs with less interest in the mechanics and maintenance of their snowmobiles.

Ease-of-use features of the Nomad include customizable drive parameters and a no-maintenance powertrain.

Taiga’s electrification efforts aren’t limited to snowmobiles. In 2020, the company also brought the Taiga Orca, a 180-horsepower electric watercraft, to market. Even two years later, the watercraft is one of the few all-electric options available.

In addition to the Orca, the company also manufactures the Orca Sport and Performance models. These variations feature a smaller battery pack that makes the watercraft more economical.

The Taiga Orca and Nomad are some of the few available all-electric powersport vehicles in a market that has been somewhat slower to electrify than the auto or broader motorsports industries.

EVs traditionally require less maintenance than gas-powered vehicles, so buyers may also be able to avoid accidents and save on repairs. Equipment failure is a common cause of accidents in alpine sports and similar activities, and EVs may make buyers feel safer.

As in the auto industry, a combination of major manufacturers and startups are leading the charge on powersports electrification. For example, the startup Volcon, the first all-electric off-road vehicle manufacturer in the industry, began public fundraising in 2020. The company is currently on track to bring a line of off-road EVs to market, including two electric motorcycles and two UTVs.

As of 2022, the company has partnered with 60 dealerships — suggesting a great deal of interest in electric powersports.

Industry leaders are discussing the potential of electric powersport vehicles more often. This year, the American International Motorcycle Expo hosted multiple panels on electric motorcycles and the prospect of electrification in the broader powersports industry.

Why Electrification of Powersports May Still Take Time

Manufacturers of electric powersport vehicles will likely face many of the same challenges that EV makers are navigating right now.

Battery technology has come a long way since vehicle manufacturers first began developing commercial EVs. However, the cost and weight of batteries can make EVs more expensive, with less range than their ICE counterparts.

Some experts believe that, despite these potential roadblocks, the transition to electric vehicles is likely an inevitability. Many people in the wider motorsports industry believe that the end of the combustion engine is inevitable — like Michael Jost, former head of the Volkswagen Group, who said in early 2021 that “combustion engines will die.”

Businesses that get a head-start on electrifying their powersports offerings now could secure valuable market share of an important emerging industry niche.

Electrification could present a major opportunity for manufacturers in powersports. Established companies and startups are beginning to bring EVs to market. Companies like Taiga are expanding the range of offerings available to consumers and providing an alternative to gas-powered powersports vehicles.

These early EVs may mean that a significant shift in powersports is on the horizon. They could become vital to the industry very soon.