We Want One! The 1960's Classic Mini Moke Finds New Life as a Bespoke EV 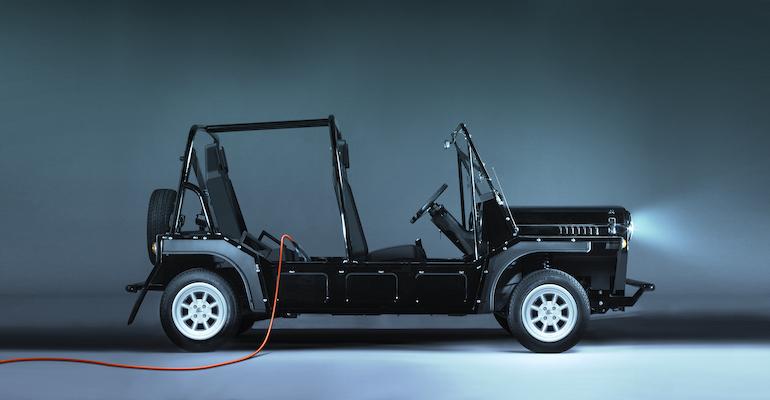 Once the choice of ‘60s pop icons, the little Moke beach car has been remanufactured as a modern electric vehicle.

Converting classic cars to electric drive is becoming a cottage industry. Everything from original VW Beetles to MGs, Ford Mustangs, Porsches, Jaguars, and Aston Martins, and even Rolls Royce and Bentley models are coming under the wrench. There is controversy however as some owners and enthusiasts of classic machinery believe that the move to electrification rips the soul from their cherished vehicles.

Instead of starting with an heirloom, what if you could build an all-new electric version of a classic? That’s the idea behind the all-electric MOKE. The original Moke was the brainchild of legendary Mini designer Sir Alec Issigonis. He was tasked to create a military vehicle that was light yet robust enough to be parachuted behind enemy lines from an airplane. Although the Moke was a failure as a military vehicle, British Motor Corporation (BMC) put it into production in 1964 and it immediately became popular with THE 1960s glamour-set that included The Beatles, The Beach Boys, and Brigitte Bardot—it was the ultimate shuttle for trips from the beach house to the waterfront and back. 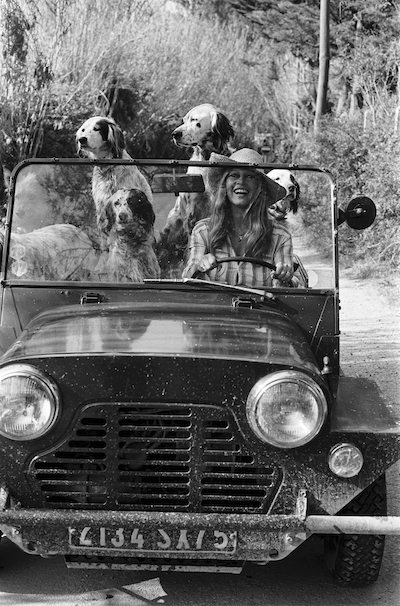 The Moke's simple construction is simple consisting of two sheet metal box sections running between the front and rear wheels. These are connected by the floor pan, the firewall, and a lateral box that runs under the front seats to stiffen the body in torsion. In 2012, a company called MOKE International created an updated but visually similar MOKE, and in 2016 Moke America introduced the electric eMoke with help from the parent MOKE International.

From January 1st, 2022, it will no longer be possible to order an Internal Combustion Engine (ICE) MOKE as the British-based company is going fully electric. The new electric MOKE sprints to 35 mph (55km/h) in just 4.5 seconds. The maximum power of 33Kw proves plenty for a vehicle that weighs just 800 Kg. The range is estimated to be around 90 miles and the top speed is about 62 mph. Charging takes about 4 hours on a standard Level 2 home charger.

All-electric MOKEs can be ordered in Right or Left Hand Drive. Prices start at £29,150 + VAT (in the UK). Deliveries will be made in time for the 2022 European Summer. Battery cells, motors, and inverters are all sourced from Tier 1 European suppliers and the drive system was engineered in the United Kingdom. All-electric MOKEs will be manufactured in the marque’s home, the United Kingdom at a state-of-the-art facility operated by the Fablink Group. The company is headquartered in Northamptonshire, the center of Britain's automotive heartland, and attracts some of the most talented manufacturing, technical and engineering professionals in the industry.

The electric MOKEs will be handcrafted by an expert team with experience providing design, manufacturing, and engineering services to some of the world’s leading automotive bespoke manufacturers including Jaguar Land Rover and Morgan. The company has over 500,000 sq/ft of production space and employs around 700 highly skilled engineers, production operators, and technicians across six UK sites.

The new electric MOKE has aluminum panels that have significantly reduced the weight of the vehicle for a more agile ride, while the instant torque from the electric motor dramatically enhances acceleration and drivability. The electric MOKE benefits from a number of other updates across the vehicle from improved braking systems to increased occupant and pedestrian safety features. Finally, power-steering, regenerative braking, and heated windscreens deliver ease of use.

While an electric MOKE isn’t a very practical day-to-day vehicle for most people, neither was the original Moke. It’s more of a fun toy for a nice day or a stylish way to get to the beach. But the idea behind it, re-engineering the design of an original classic to be electrically powered without modifying a valuable original is an interesting one. Could this be the beginning of a trend? Stay tuned.