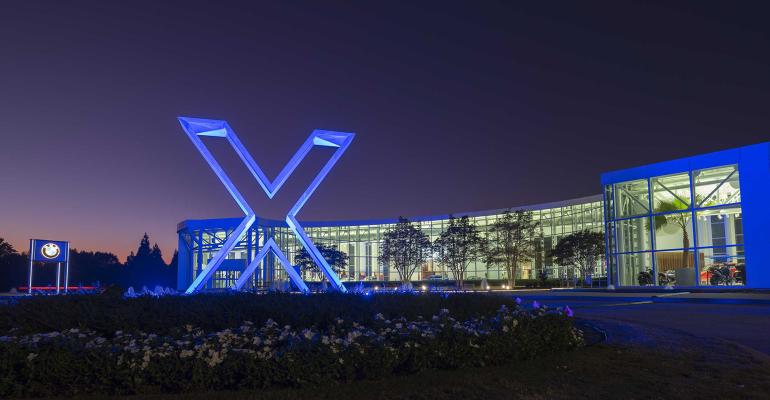 "We will produce at least six fully electric BMW X models here by 2030, stated US BMW Group Chair Oliver Zipse about the Spartanburg expansion. "That means: The ‘Home of the X’ is also becoming the ‘Home of the Battery Electric Vehicle.’"
Hyundai beaks ground in Georgia; BMW announces South Carolina facility and inks deal with Envision.

The US battery-building spree continues as BMW and Hyundai each made major announcements this month. First, BMW Group announced a $700 million investment to build a new high-voltage battery assembly facility in Woodruff, SC, close to the company’s Spartanburg automobile manufacturing facility, which will get an influx of $1 billion to make it EV production-ready.

The new facility in Woodruff will encompass over 1 million sq. ft. and produce next generation batteries for fully electric vehicles, according to BMW. Around 300 new jobs will be created on site.

BMW concurrently announced an agreement with battery-maker Envision AESC, which will build a new battery cell factory in South Carolina, to supply Plant Spartanburg. Envision will produce newly developed round lithium-ion battery cells—which were specifically designed for the sixth generation of BMW eDrive technology—and will be used in the next generation electric vehicles. The annual capacity of the battery cell factory will be up to 30 GWh. The new battery format is said to increase energy density by more than 20%, improve charging speed by up to 30% and enhance range by up to 30%. At the same time, CO2 emissions from cell production will be reduced by up to 60% through the partial use of secondary lithium, cobalt, and nickel material, as well as renewable energy for production.

On October 25, Hyundai Motor Group officially broke ground on a new manufacturing plant, ‘Hyundai Motor Group Metaplant America’ (HMGMA), in Bryan County, GA. The $5.54 billion investment by the company and its affiliate suppliers was announced five months ago and includes plans to produce a new battery manufacturing facility alongside facilities for making a range of Hyundai, Genesis, and Kia EVs.

HMGMA will create more than 8,100 jobs over the next few years as the company aims to establish a stable supply chain for EV battery and other EV components in the U.S. market. HMGMA’s new smart factory is expected to begin commercial production in the first half of 2025, according to Hyundai. Approximately $1 billion is anticipated to be invested by non-affiliated HMGMA suppliers in connection with the project in other locations.

The new plant will boast a highly connected, automated, and flexible manufacturing system, which organically connects all elements of the EV ecosystem to realize customer value. The Georgia facility will become an intelligent manufacturing plant. All processes of production—order collection, procurement, logistics and production—will be optimized utilizing AI and data, the company stated. The manufacturing system will also help create a human-centered work environment with robots assisting human workers. The plant will primarily rely on renewable energy sources to power the facility and use emission-reduction technologies to meet the RE100 requirements. 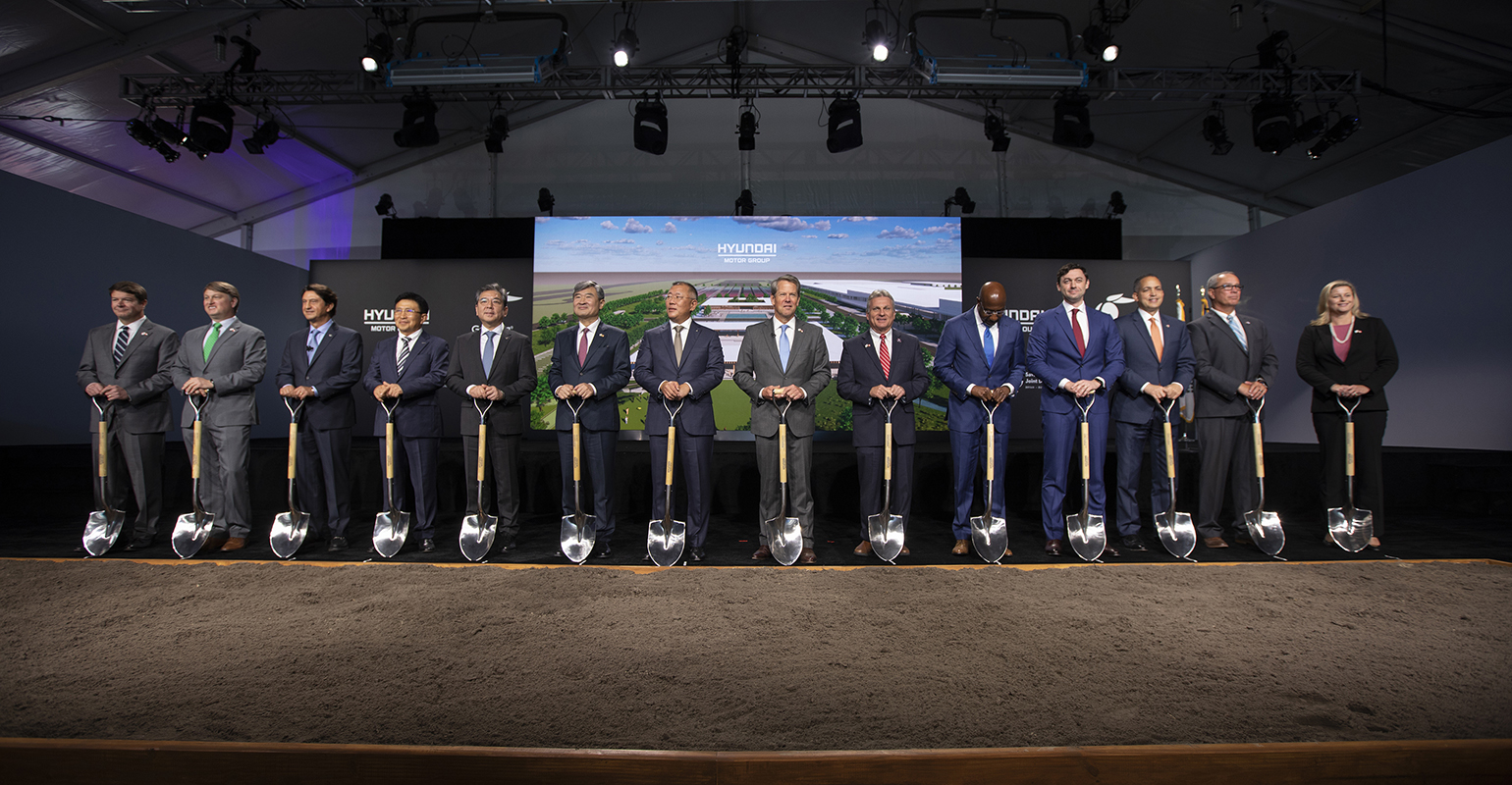