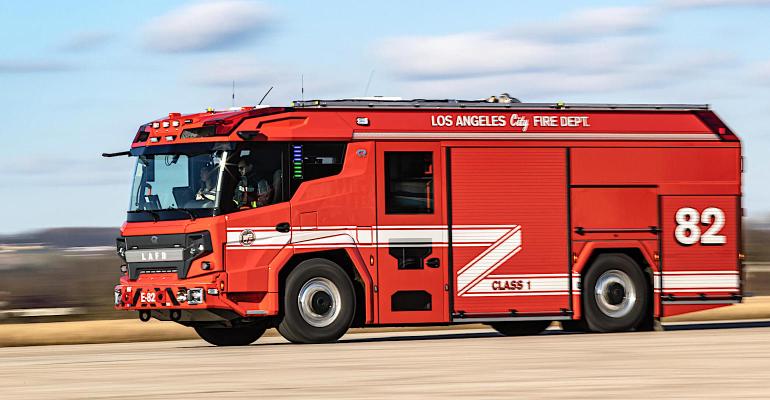 Electric power seems likely to make its first inroads into the heavy truck industry for vehicles that operate over short distances and return to a base where they can be recharged. Fire trucks are an excellent example of this kind of use case, and the City of Los Angeles has made the first move in that direction by taking delivering of a Rosenbauer RTX electric fire truck.

“We are the first department to purchase an all-electric fire truck from Rosenbauer,” said City of Los Angeles Fire Chief Kristin Crowley. “We are beaming with pride to be able to add this fire engine to our fleet.”

It is easy to see why. The truck carries a 600-volt, 132-kWh battery pack that power front and rear electric motors producing a combined 490 peak horsepower and 350 continuous horsepower.

The batteries are contained in two packs, one that lies at the very bottom of the truck’s floor, for the lowest possible center of gravity, and another vertical pack that stands behind the cab for centralized mass.

The dual motors provide all-wheel drive, and the truck also features all-wheel steering. The rear wheels can steer in opposition to the fronts for a tighter turning radius or in parallel to the front for a crab mode that lets the truck slide sideways. 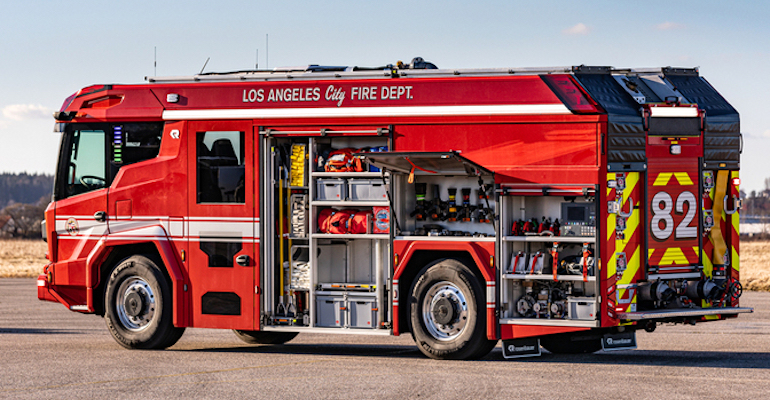 With the storage bay doors open, the Rosenbauer RTX displays the firefighting equipment that it carries onboard.

The RTX’s on-board 500-gallon water tank is also mounted between the axles, above the floor battery pack, to keep mass as low and as centralized as possible for optimum handling.

It is able to locate these components in the ideal spots because the RTX is built with a unitized body construction, like a car, rather than the usual body-on-frame truck design. This is also why the entire body is one piece, without separation between the cab and the fire engine body. The overall result is increased rigidity, which aids the RTX’s ride and handling.

Despite its carlike foundation, the RTX has an air suspension system that can lift the truck up to 19 inches of ground clearance, for three feet of water fording capability. The same system lets the truck kneel down like a city bus, for easy access to the equipment in the back. At normal height, cab step-in is only ten inches. 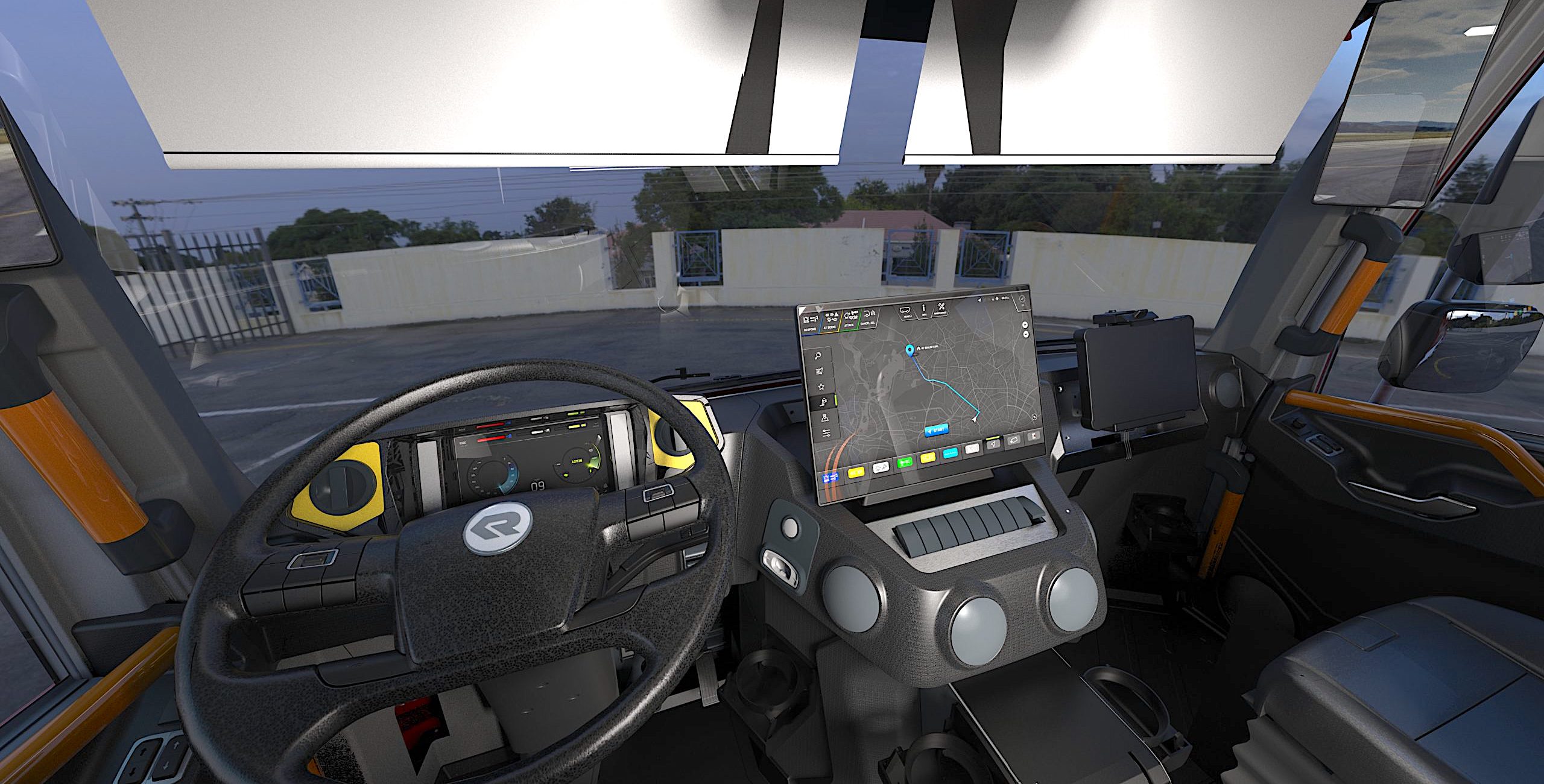 Inside the cab, there is no engine tunnel intruding in the floor and the front seats rotate around backward so they face the rear seats for in-truck conversations among the crew. There is enough head room inside for firefighters as tall as 6’2” to stand inside without ducking.

The one in the right front seat also won’t obstruct the driver’s view of the right-side mirror because the outside mirrors have been replaced by camera systems. That means there’s an unobstructed view of the display screens for those cameras, and the cameras automatically switch to infrared at night to provide night vision.

Another significant device that can be controlled remotely from inside the cab is a rooftop water cannon on a turret. This lets crews immediately attack a car fire or dumpster fire as the arrive on the scene, without the delay of dismounting and deploying equipment.

The truck’s exterior lighting systems provide sufficient coverage that in many instances there will be no need to deploy a lighting mast, according to Rosenbauer. For other on-site electric power needs, the RTX has an AC power panel that can run connected devices on 120-volt or 240-volt AC power.