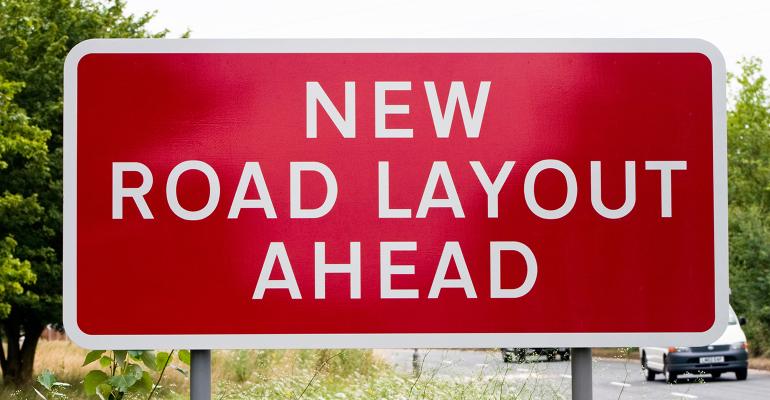 For many automotive suppliers over the past 20 years, the calculus of plant location has been relatively simple, according to consultant McKinsey and Co. “If there was a billion dollars of revenue in a region, that was probably a reason to build and maintain a big plant there. If low-cost labor was available in a different country but not in one’s own, then management would probably be evaluating the pros and cons of relocating,” it notes.

Then COVID-19 emerged, disrupting supply chains and reducing people’s driving time and the demand for cars. “Some of the strategizing about plant location receded into the background as other matters took precedence,” says McKinsey.

Now, as businesses start to contemplate a post-pandemic world and automobile sales recover, automotive component suppliers are returning to their discussions about footprint location and are finding them more complicated than ever. “It’s as though these executives are captaining a ship that has just weathered a terrible storm, and instead of coming into clear waters, they discover that the rocks that were on the nautical chart before are now much bigger and closer,” says McKinsey in its recently-published analysis. Some key questions its raises are:

The auto industry’s focus on autonomous driving, connected cars, electric vehicles, and shared mobility (ACES) is prompting a shift in the supplier product mix. In a survey conducted last year by McKinsey and the European Association of Automotive Suppliers (CLEPA), 90% of suppliers said they were reshaping their portfolios to emphasize e-motor technologies and battery innovations. The suppliers said they were de-emphasizing body exterior systems, suspensions, wheels, and engine systems, according to the survey.

The survey also highlighted the emergence of new suppliers and their influence on the market. “Tesla isn’t the only electric-vehicle manufacturer disrupting the automotive market,” notes McKinsey. Other new EV OEMs have arrived, and the stock market, at least, is betting on their success. These companies (including Nio) won’t have the constraints of conventional OEMs in building their manufacturing and assembly capabilities.

However, the automotive suppliers participating in the McKinsey-CLEPA survey were skeptical of these OEMs’ relevance: Two-thirds said they didn’t think a significant part of their revenues in 2030 would come from parts manufactured for these new OEMs’ vehicles. “If suppliers’ investment decisions reflect that belief — that is, if they continue to direct their efforts overwhelmingly toward their existing OEM customers — we think they will be cut out of a significant value pool,” warns McKinsey. “Our view is that the new OEMs are poised to do well and that there will be a significant volume shift toward them and away from current OEMs between now and 2030.”

Under pressure from OEMs, media, and capital markets, most automotive suppliers (83% in the McKinsey survey) have defined sustainability targets. A much smaller proportion (7%) are actually starting to implement carbon emissions–abatement programs. From a near-term economic perspective, the gap between planning and doing is understandable, as is the decision by many automotive suppliers to keep their plants in lower-cost geographies. Recent studies have suggested that transportation costs related to CO2 would have to rise by a factor of 10 to erase the benefit of having a plant in a lower-cost geography. Still, there are going to be abatement-related rises in cost, and McKinsey believes that there’s no question that in the future, suppliers with more sustainable footprints will have an advantage in terms of pricing and margin.

Light-vehicle sales have been hit hard by COVID-19. In 2020 — the first year of the pandemic — light-vehicle sales were down 20%. The Asian market for light vehicles grew, but not enough to offset steep declines in Europe and North America, says McKinsey. McKinsey analysis suggests that it might be 2030 before the industry again sees light-vehicle sales matching those of 2019.

Because of this decline, roughly half of all suppliers are looking for new growth in areas outside of automotive, according to McKinsey. Among those looking to branch out, seven in 10 say they’re exploring sectors without any connection to automotive, such as everyday household products.

Why BMW is Switching to Cylindrical Batteries for Future EVs
Sep 21, 2022