Why BMW is Switching to Cylindrical Batteries for Future EVs 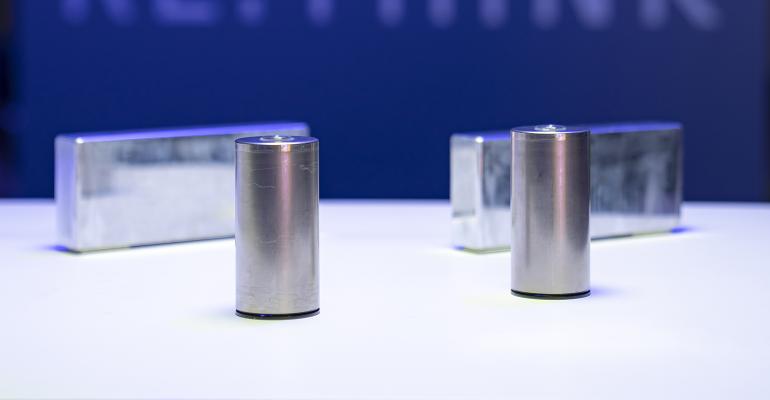 Citing their advantages over prismatic ones, BMW has announced it will begin using cylindrical lithium-ion batteries in EV models in 2025.
The switch in battery geometry could lead to huge improvements for BMW’s EVs.

For electric vehicle companies, the be-all and end-all has been range. While there are numerous design factors that can impact how much range an EV gets, the most significant variable is the vehicle’s battery. As such, the industry is placing significant investment into the research into different battery technologies, chemistries, and architectures in hopes of improved performance, cost, and capacity.

Earlier this month, BMW made major headlines when it announced that it will be switching from prismatic battery cells to round cells for its future EV lines. In this article, we’ll take a look at the difference between cylindrical and prismatic cell geometry, the benefits of cylindrical cells, and BMW’s plans moving forward.

When it comes to lithium-ion batteries, two of the most popular cell geometries are prismatic and cylindrical cells.

Prismatic cells are a battery geometry that is made up series of positive and negative electrodes sandwiched together in a rectangular shape. The chemistry of a prismatic cell is enclosed in a rigid casing, mostly either aluminum or steel, in order to ensure a high level of stability. Due to this unique architecture, prismatic cells tend to be lightweight and thin. For these reasons, prismatic cells tend to find themselves used in applications such as energy storage systems and electric vehicles.

Cylindrical cells, on the other hand, are constructed of a number of electrodes that are encased in a cylindrical geometry. The cells are wound extremely tightly and are enclosed within a specialized metal casing that reduces the chances of battery swelling or electrode damage. Cylindrical cells tend to be small and round, which enables them to be stacked on top of one another. Generally, cylindrical cells are used in devices such as medical devices, eBikes, and satellites.

One advantage of a cylindrical geometry for lithium-ion batteries is the fact that their construction lends better to different types of automation and ease of manufacturing. Because of this, round batteries can be produced much quicker and at a lower cost per kilowatt hour than prismatic cells.

On top of this, a major advantage of cylindrical cells is that they are extremely safe in most cases. One reason for this is the geometry of the cell which increases the battery’s stability. Beyond this, round battery cells are often designed such that if their internal pressure grows too high, the cells themselves will rupture, meaning they are unlikely to catch fire or explode.

Finally, cylindrical cells often have a lower capacity than prismatic cells, but they do have an edge in terms of power output. Today, some of the major EV brands such as Tesla, Rivian, and Lucid all employ cylindrical cells in their vehicles.

Now, in pursuit of increased EV range, BMW has announced that they too will be transitioning from prismatic to cylindrical cells for their future EV lines.

These new cells, which will be introduced in BMW’s Neue Klasse line, come in at a 46 mm diameter and heights of either 95 or 120 mm. BMW will be maintaining their NCM lithium-ion chemistry but will be increasing their nickel content while reducing the cobalt content on their cathode, as well as increasing silicon content on the anode side. They will further increase their system voltage to 800V with a current strength of 500A

With this switch, many are speculating that BMW will be able to bestow their Neue Klasse line with range exceeding 500 miles per charge, which could be a game changer for the company and the industry.