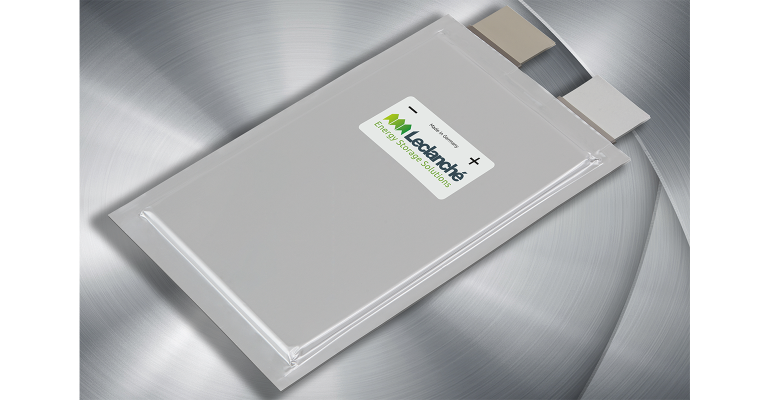 Leclanché non-flammable Li-ion cells are expected to be available for production in the first quarter of 2023.
A new additive to the electrolyte formula could reduce the risk of thermal events in Li-on batteries.

Today, much of the industry is steadily investing in research and development of solid-state batteries thanks to the technology’s increased density and safety. However, for the time being, we still need ways to ensure improved levels of safety for our current technologies.

It is well known that lithium-ion batteries, while a revolutionary technology, are not always the safest.

Specifically, lithium-ion batteries are often at risk of thermal events such as thermal runaway or combustion. This is due to many factors, including the fact that the Li-ion battery architecture relies on the use of an electrolytic solution. This solution, which generally consists of organic solvents, serves as fuel for a fire and is susceptible to combustion if exposed to sparks emitted from the battery cell. Oftentimes, this is the cause of fires in lithium-ion batteries, where the cell gets punctured, or the separator becomes damaged.

Now Leclanché is trying to change this narrative. This week, the company announced that they’ve developed a new breakthrough in battery safety that does not negatively impact battery performance.

While many of the technical details are still not released to the public, what we do know is that the breakthrough consists of introducing a fire-retardant additive to the battery’s electrolyte formula. By adding this special additive to the composition of their electrolyte formula, Leclanché is claiming that they have been able to reduce the risk of thermal events in the batteries by close to 80%. Equally as important, the company claims that these gains in safety come without any loss of performance or battery longevity.

To validate this achievement, Leclanché had their new technology validated by Intertek Germany, the German wing of a multinational producing testing and certification company. The validation efforts included performing nail penetration tests on 60 Ah cells equipped with Leclanché’s new chemistry. In these tests, Intertek forced an internal short circuit to try to cause the battery to combust. Impressively, the testing found that the new formula caused the batteries to be much less susceptible to combustion than traditional battery chemistries.

According to Leclanché, the implications of their new breakthrough could be very of great importance.

By reducing the risk of combustion by almost 80%, Leclanché has found a way to significantly improve the safety of battery cells, and therefore make battery-powered devices safer for the user. Specifically, Leclanché envisions their breakthrough having important consequences in applications like long-distance travel, where operators of buses, trucks, and trains are often concerned about the risk of fire.

Further, this technology could have great implications on standard electric vehicles, where crash-related fires have been a pressing and challenging issue for first responders. By designing a battery that is less likely to combust, there is potential for lives to be saved.

Leclanché reports that its non-flammable cells will be available for production beginning in the first quarter of 2023.