Does StoreDot Have the Last Word on Fast Charging?

Has StoreDot, a developer of lithium-ion batteries found the answer to battery degradation due to fast charging? Amir Tirosh, StoreDot Chief Business Officer, made the claim and shared details about StoreDot’s technology and the future of succeeding in mass production scale at the Battery Show North America. The company’s state-of-the-art extreme fast charging (XFC) technology replaces graphite in the cell’s anode with silicon-dominant anodes to overcome challenges during the charging process (e.g., cell swelling, and cycle life).

“Nano-silicon anodes has several advantages over other common anode materials for Li-Ion batteries [e.g., graphite]. To start, nano-silicon is ten times better than graphite due to the electrochemistry capabilities providing capacity, but it has its challenges too,” Tirosh noted. 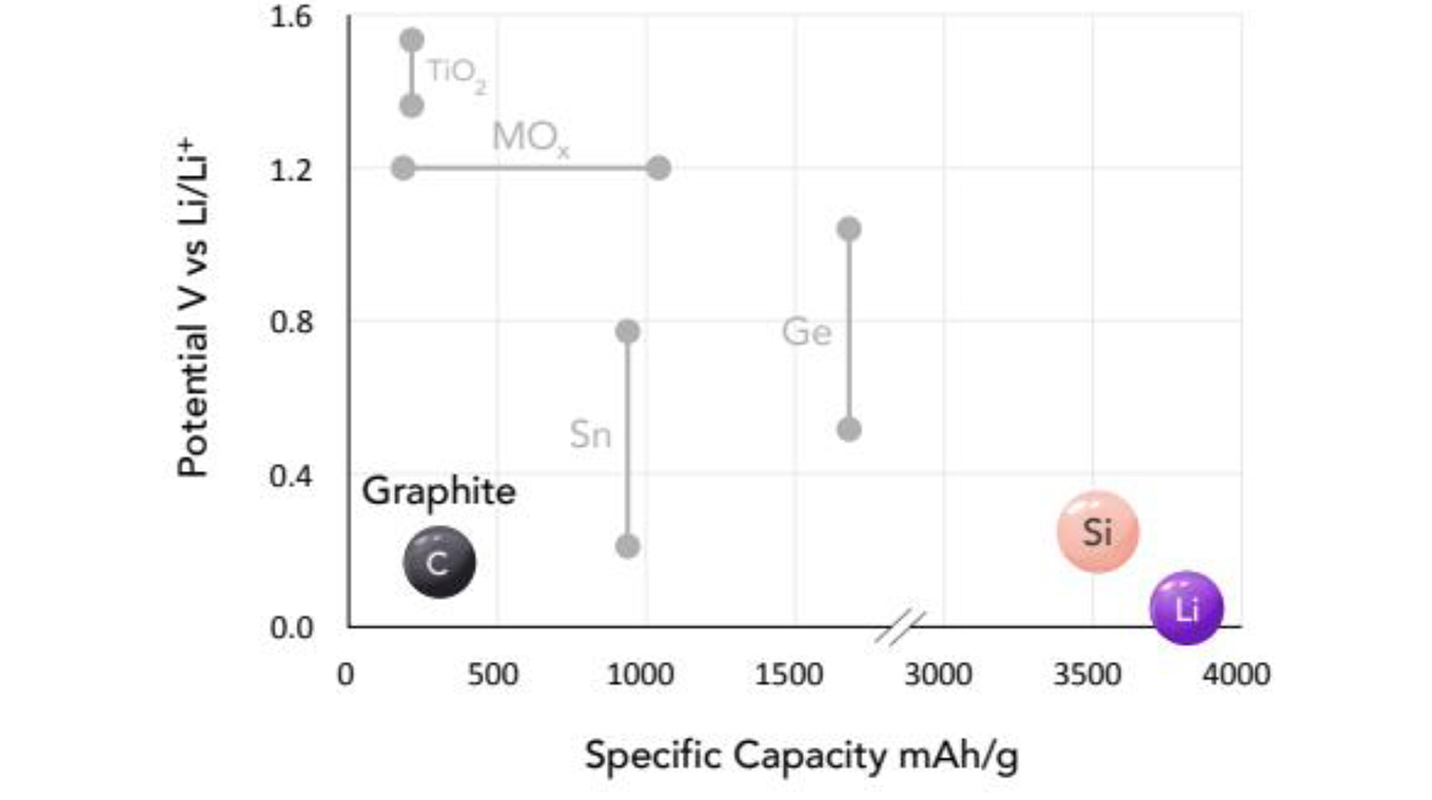 “When silicon anodes charge or discharge, they can cause many changes on the cells that can create fractures on the nodes, and it can also produce an unstable SEI layer,” he explained. SEI—for solid electrolyte interphase—is a passivation layer that is formed on electrode surfaces from decomposition products of electrolytes. Tirosh noted the many ways to overcome challenges using silicon-dominant anode in a cell: 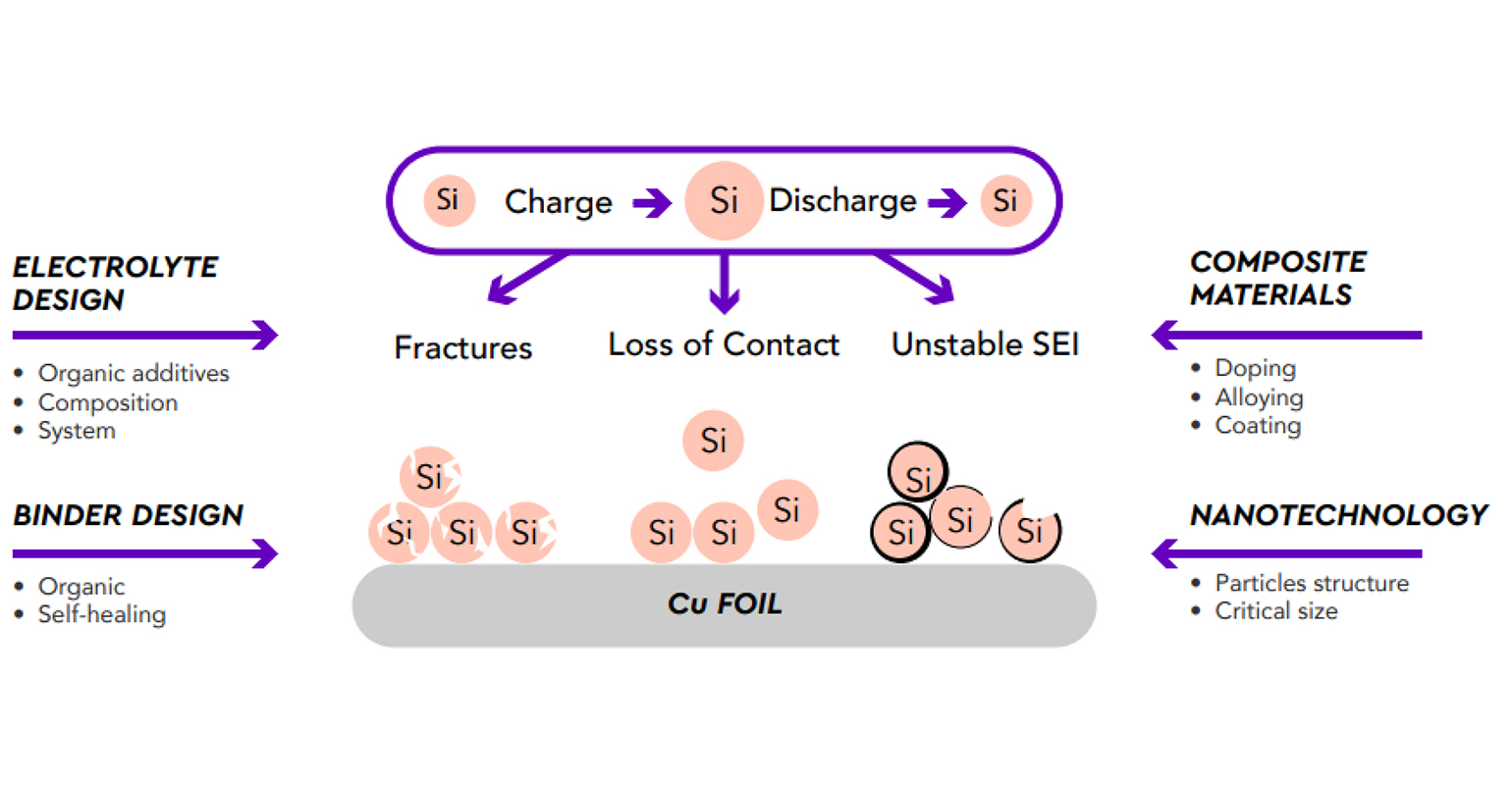 Tirosh also emphasized that StoreDot’s XFC technology enables fast charging regardless of the battery state-of-charge (SoC). In other words, it doesn’t matter if the battery is partially full or drained; it is always possible to charge 80% in 10 minutes (100 miles of range in 5 minutes) with a consistent 350kW charging for power packs bigger than 75kWh. “When an EV battery reaches its end-of-life, it doesn’t mean that the EV will stop working but that when it charges it will not reach the original 80% of capacity of the battery anymore,” continued Tirosh. 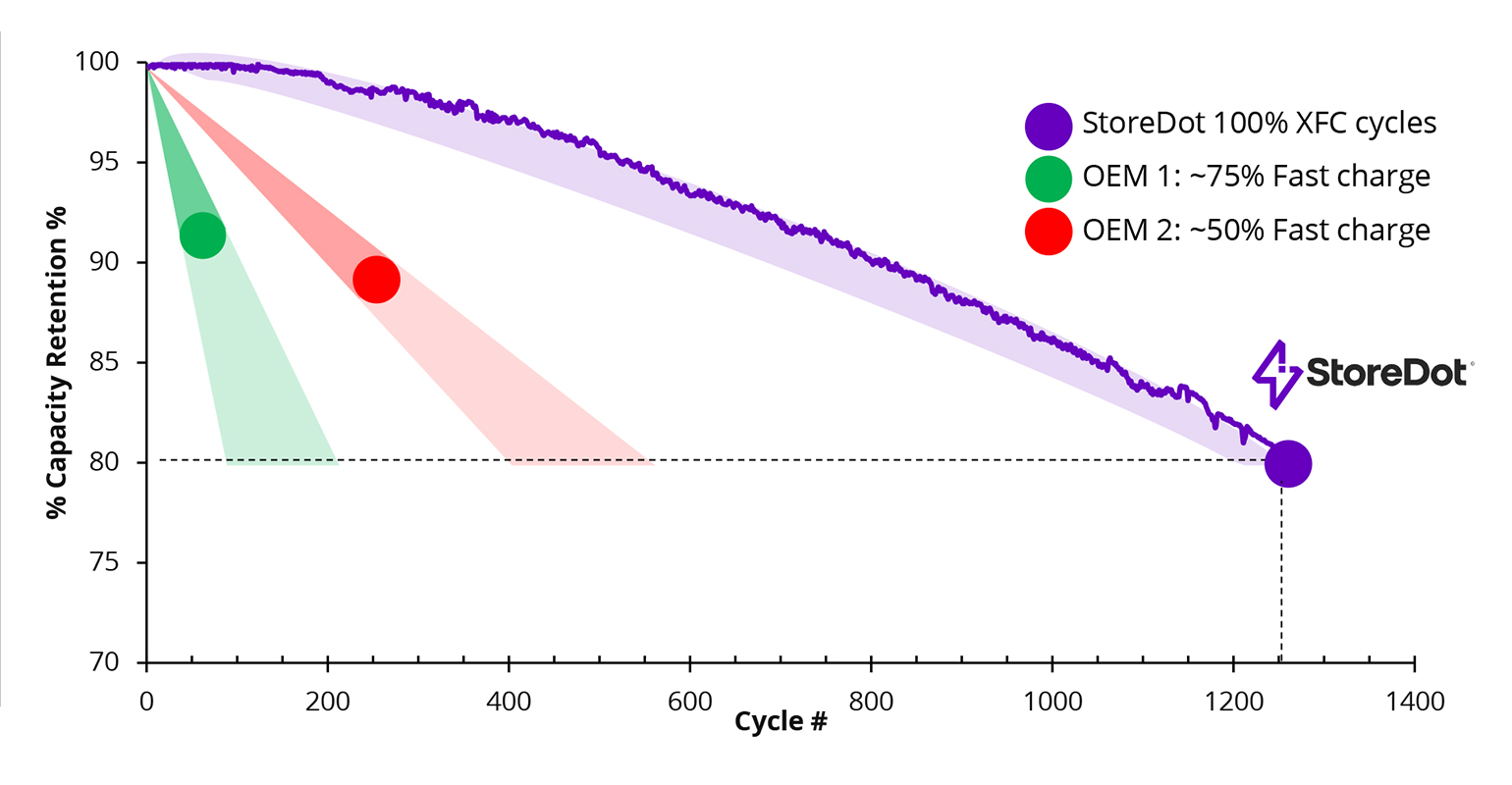 “The main challenges for mass production will be the battery form factors” said Tirosh. “Right now, there are two battery form factors that are relatively clear: the 21700 Cylindrical form and the Tesla 4680 form.” The pouch form and prismatic form are very much dependent on the EV OEM requirements for specifications, he noted.

Tirosh continued, “It looks like each OEM want to use a unique form factor to control in a way the supply chain.” There are many advantages and disadvantages when it comes to choosing a specific form factor. “From a manufacturing point of view, the speed for manufacturing winding cylindrical battery cells is much faster, therefore it improves the cost structure,” he noted. “But this form has issues with [heat] pulling.”

StoreDot claims that XFC technology can be easily mass produced because it is possible to use current manufacturing facilities for battery production. XFC is currently undergoing rigorous testing by global automotive electric vehicle manufacturers. “The XFC technology doesn’t require any special manufacture facility and it is simple to integrate XFC technology into existing Li-ion production lines,” Tirosh concluded. By 2028, StoreDot plans to reach 100 miles in 3 minutes and 100 miles in 2 within a decade.