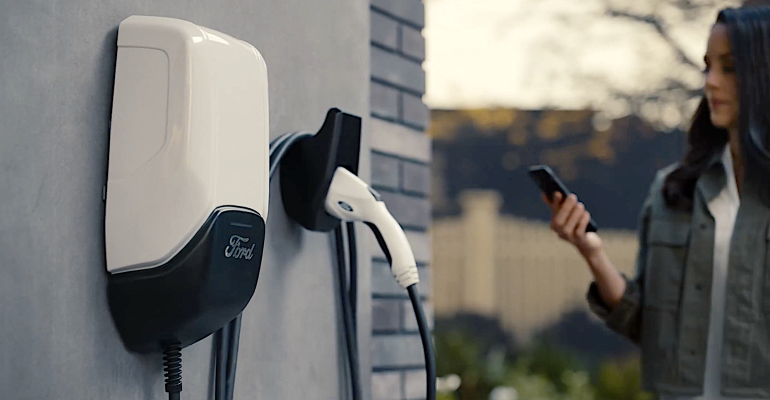 A truck the size of the Ford F-150 requires a lot of energy because it is heavy and must push a lot of air aside as it drives. That’s why pickups get poor-to-middling gas mileage, and it is why the F-150 Lightning EV’s 300-mile extended-range battery will be a bear to recharge quickly using a Level 2 AC home charger.

Recognizing that overnight charging to 100 percent is a requirement for EV drivers, Ford has developed its own home EV-charging wall box, and that device is included with the selection of the optional extended-range battery when buying a Lightning.

“The battery, we can provide a bigger one,” observed F-150 Lightning chief engineer Linda Zhang, “But if you can’t charge it overnight, what’s the point?”

After all, customers will want to start their day with a fully charged battery, not already in the hole and looking for DC fast-charging opportunities or hoping to finish topping the battery off while at work. If the owner uses the truck for work, that is an especially unhelpful scenario!

It takes a lot of power to quickly recharge a big battery; more power than can be delivered by today’s regular wall boxes or vehicles’ onboard chargers. Ford’s solution was to install dual parallel on-board chargers that can handle the avalanche of electrons needed to quickly charge the battery pack.

Then, Ford needed a suitable wall box to deliver that avalanche. Most 240-volt Level 2 AC chargers top out at 40 amps. The ChargePoint HomeFlex is available in a 50-amp model that charges even faster, but that still isn’t enough for the Lightning’s battery.

“In order to get the overnight charging we needed, we installed dual chargers as well as upped the amperage of that wall box to be able to deliver 80 amps of service and get a lot more power through there so we can charge the battery quicker and get overnight to full,” Zhang explained.

The dual onboard chargers are wired together through the single plug from the wall box, so it is not like the days of the classic dual-fuel tank Jaguar XJ sedans that could take a fuel filler hose in each of its two fuel fillers. “We still have just the one plug that you would plug in from the wall box to the vehicle, but it goes through two chargers,” she said. “It is basically twin inverters in the vehicle that go to the battery.” 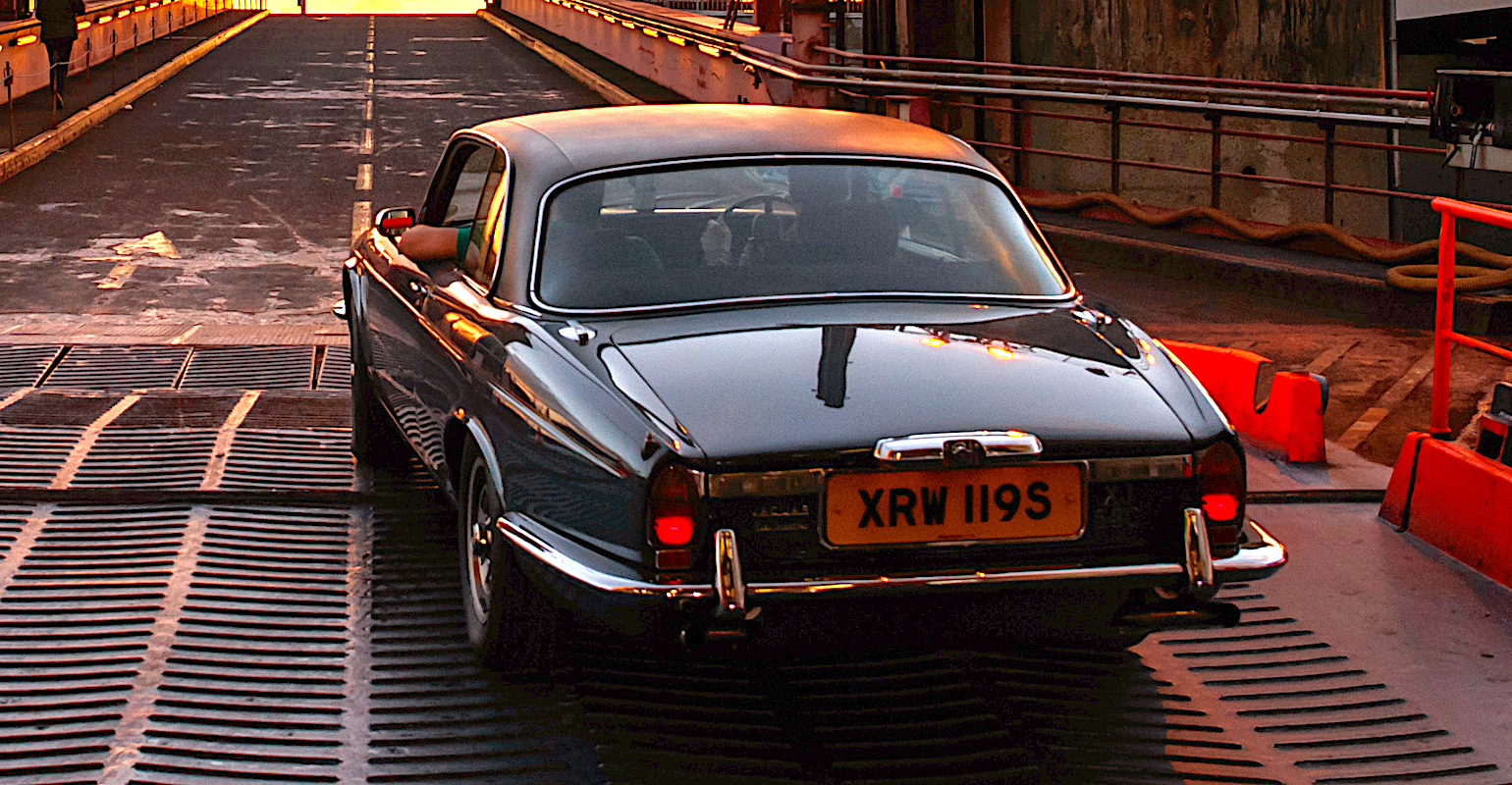 To power this beast of a wall box, the owner will need to have an electrician wire it to a 100-amp circuit in the home’s breaker box. Some people are even connecting the wall box to its own power meter, Zhang said. While the box is 80 amps, using a 100-amp circuit to power it provides some breathing room. “The electrician would need to run 100-amp service to the wall box,” Zhang said. “That is usually what ends up needing to happen just to provide a little bit of buffer.”

The robust power connection works both ways, so the truck can send more power to the house through the wall box in the event of a power failure. And solar panels are more effective when they have a bank of batteries to even out power delivery. Using the Lightning in concert with rooftop solar makes the truck a mobile equivalent of Tesla’s PowerWall home battery bank.

The result of this powerful connection through the Ford Charge Station Pro 80-amp wall box and the dual onboard chargers of the extended-range battery Lightning trucks is the ability to charge the truck’s pack from 15 charge to 100 percent in eight hours. Using the 48-amp Ford Connected Charge Station would take 13 hours, and using the 32-amp Ford Mobile Charger that comes with each Lightning, plugged into a dryer outlet or the equivalent, would take 19 hours.

The smaller standard-range, 230-mile battery pack will charge in 14 hours using the dryer plug and Mobile Charger and takes ten hours to charge using the 48-amp Connected Charge Station wall box. The standard battery still needs ten hours to charge with the 80-amp Charge Station Pro because that vehicle doesn’t have to dual onboard chargers necessary to exploit the extra power available. 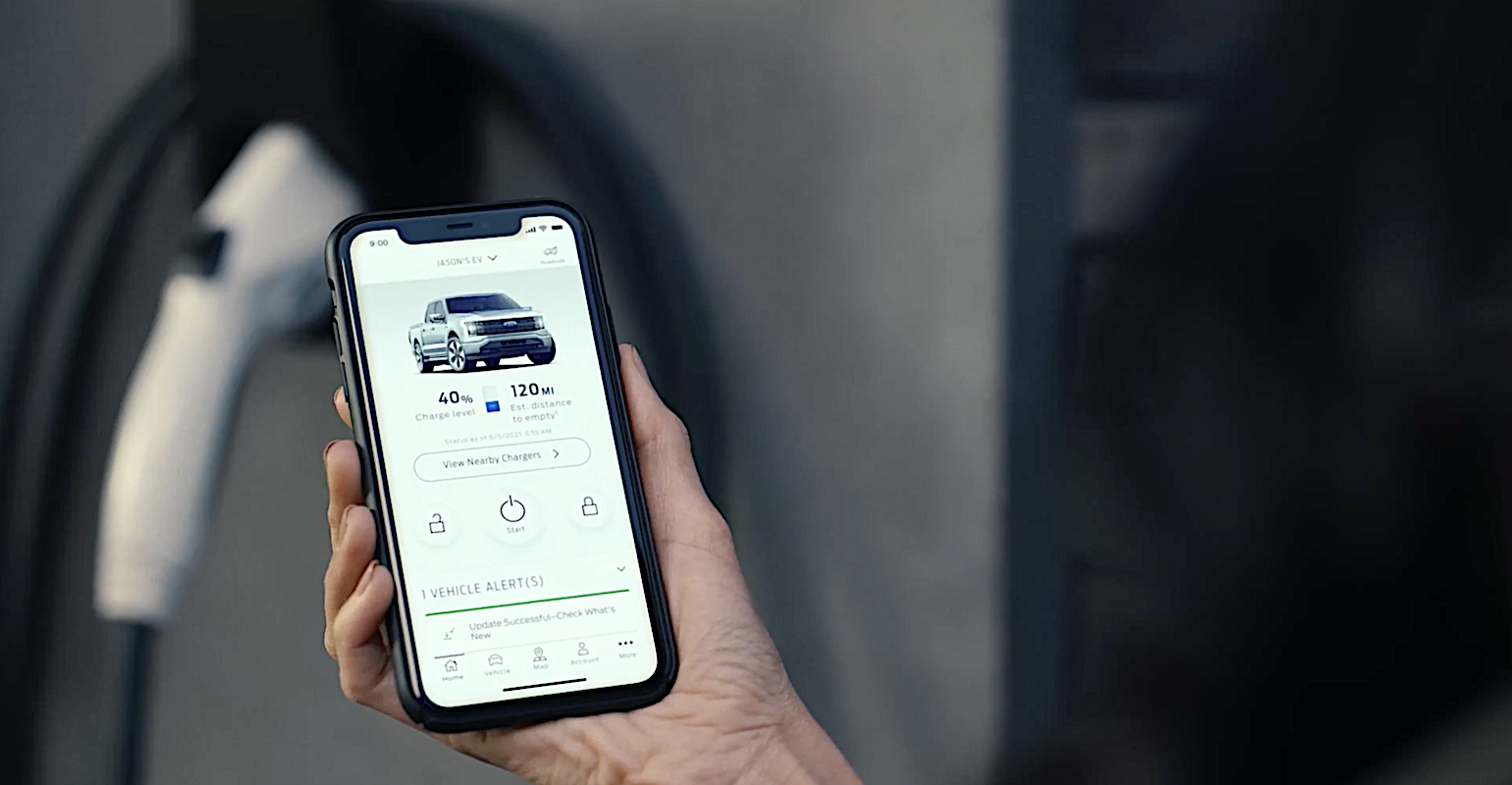 For another, fast-charging is hard on batteries, so it is something that is best only done on the road, as needed, and not every day at home as a regular practice. “This is a much cheaper solution, a much more affordable solution for our customers with that Level 2 charging versus a DC fast charge,” she said. “DC fast charges are quick and they are great for on the go, but it is not something that we’d necessarily want our customers to do on a daily basis because it is just not great for the battery.”

In fact, having the ability to charge quickly at home should minimize how often those DC fast chargers are needed, helping boost battery life. “What we’re trying to do here is provide that increased capability so you can charge at home and get to full and not have to leverage a DC fast charger as often,” Zhang noted.

When it is necessary, the Lightning’s 400-volt battery pack can employ such chargers at 150 kilowatts of power. Vehicles like the Porsche Taycan and Audi e-tron GT have 800-volt batteries and power electronics that will charge at 270 kW. Using a charger that is capable of power levels higher than 150 kW will not charge the Lightning above that level.

However, we found in our testing of the Mustang Mach-E EV that charging with those higher-level chargers was faster than charging with one rated at 150 kW because the charger spent more of its time close to the 150 kW maximum.

Ford says the Lightning will take 44 minutes to charge from 15 percent to 80 percent for the standard-range battery and that the extended range models will reach 80 percent charge in 41 minutes.