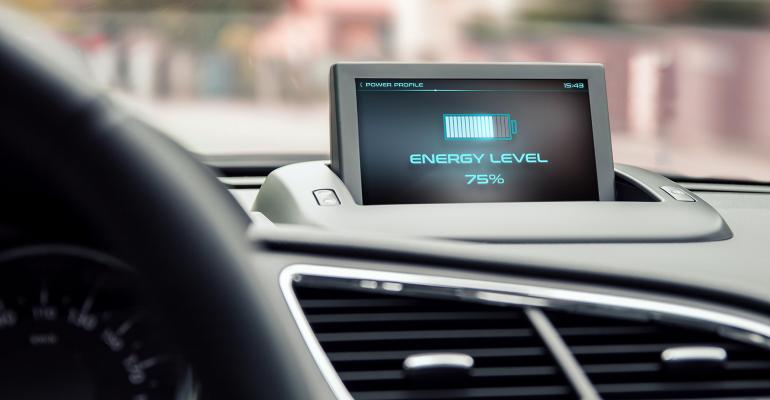 The lithium-metal device replaces the typical electrode used to store lithium ions during charging with an ion-conductive substrate.

Researchers have found a way to get nearly 400 miles on a single charge of an electric vehicle (EV) by creating a new lithium-ion battery without an anode.

A research team led by Professor Soojin Park and PhD candidate Sungjin Cho in the Department of Chemistry at Ulsan Institute of Science and Technology (UNIST) of Pohang University of Science & Technology (POSTECH) in South Korea developed the battery, which in lab showed an energy density that would allow it to run for 630 kilometers, or about 391 miles, on a single charge, researchers said.

Given this, scientists have been seeking various alternatives to traditional lithium-ion chemistries for novel EV battery designs. Anode-free batteries are one option that they've been exploring for more powerful batteries that allow EVs to travel further on a single charge without significantly affecting the weight of the vehicle, researchers said.

Researchers at UNIST took an anode-free approach with a lithium-metal battery, which it said is “one of the finest prospects for increasing energy density beyond that of standard lithium-ion batteries,” they wrote in an abstract for a paper published on the research in the journal Advanced Functional Materials.

Batteries usually change the structure of anode materials as lithium ions flow to and from the electrode during repetitive charging and discharging. This is why the battery capacity decreases over time.

The scientific thought behind removing the anode is that if this is done—effectively charging and discharging the device only with a bare anode current collector—then the energy density would increase.

However, once executed in the lab, it was found that this method has a critical weakness--significant swelling of the anode volume and also a reduction in the battery lifecycle, researchers said. Further, they found that the swelling occurred because there was no stable storage for lithium in the anode. 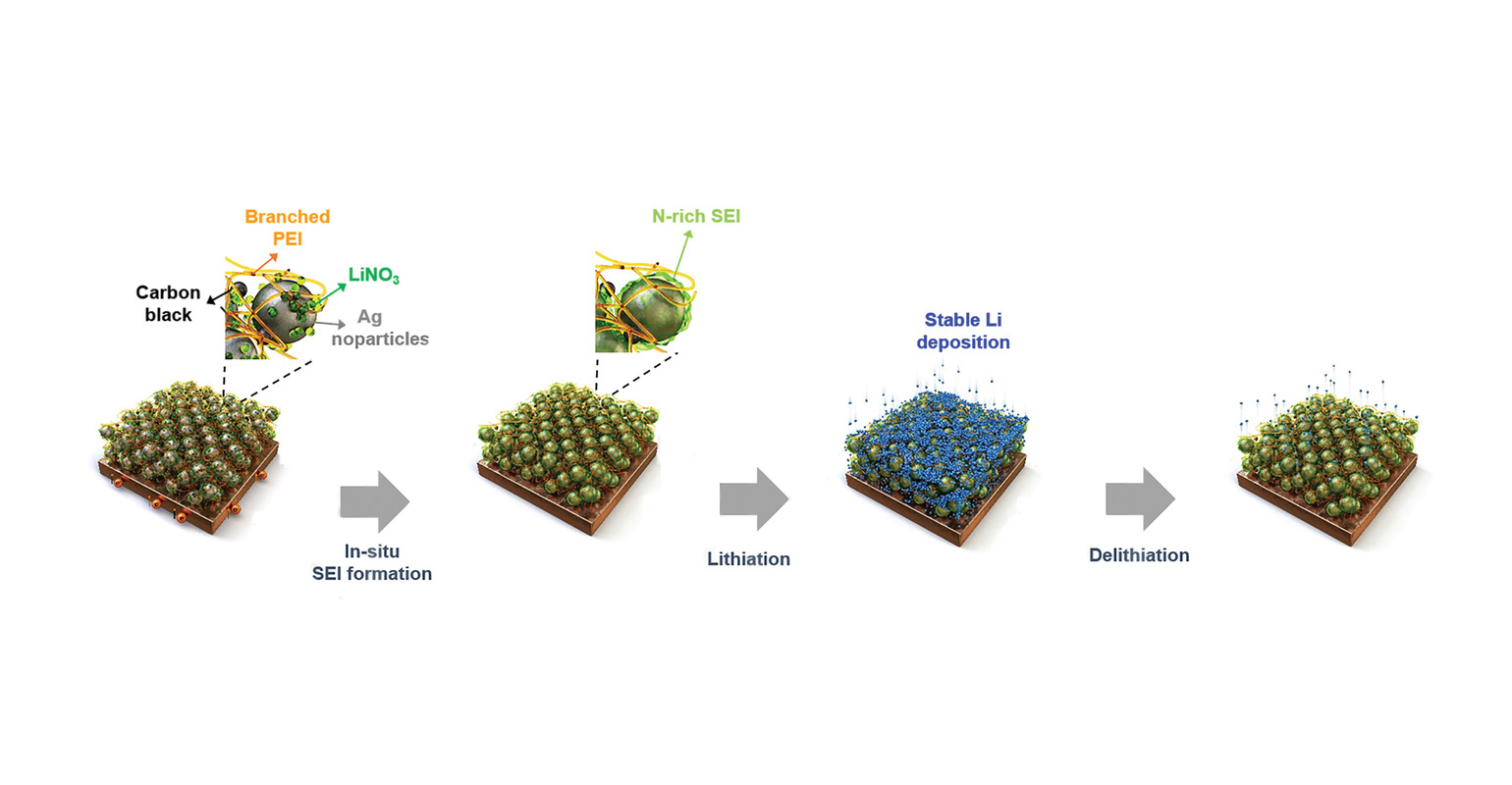 The EV battery electrode was made by coating an ion conductive layer composed of polyethyleneimine polymer, silver, lithium salt, and carbon black on the surface of a copper current collector. The ion conductive substrate fabricated this way can operate the battery by effectively receiving and releasing lithium ions during charging and discharging.

The POSTECH team managed to solve this problem in their device by creating an electrode by coating an ion conductive layer composed of polyethyleneimine polymer, silver, lithium salt, and carbon black on the surface of a copper current collector to create the substrate, they said.

This allows the battery to effectively receive and release lithium ions during charging and discharging without needing a separate anode, they said.

The substrate not only forms an anode protective layer but also helps minimize the bulk expansion of the anode, solving the critical issue that has been hindering production of anode-free batteries, researchers said.

Tests showed that the battery has a volumetric energy density of 977 Wh/L—higher than the conventional batteries, which typically have a density of 700wh/L, researchers reported. This means that the battery can run for 630km on a single charge, they said.

Moreover, the battery also demonstrated that it can maintain a high capacity of 4.2mAh cm-2 and high current density of 2.1 mA cm-2 for a long period in the carbonate-based liquid electrolyte, researchers said. It was also proven both in theory and through experiments that the substrates can store lithium.

These features together can both help accelerate the commercialization of non-explosive batteries for EVs, researchers said.

Elizabeth Montalbano is a freelance writer, journalist and therapeutic writing mentor with more than 25 years of professional experience. Her areas of expertise include technology, business and culture.