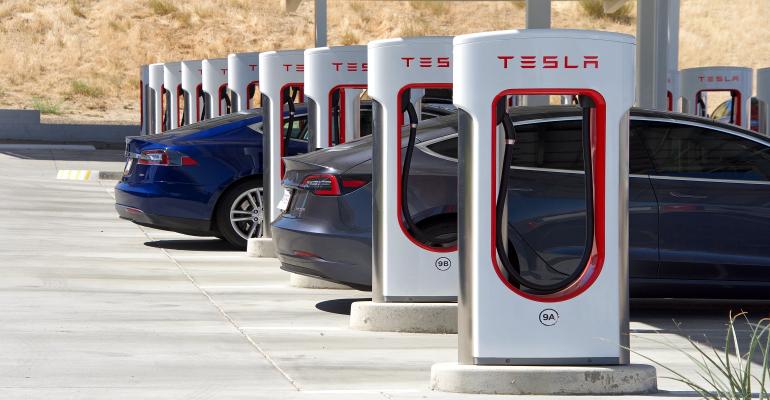 A tool from the US government helps determine how to best build a local and nationwide EV charging infrastructure.

One of the fears that prospective owners of electric vehicles (EV) have is the possibility that they won’t be able to find a public charger if their vehicle is running short of juice. While Department of Transportation studies indicate that 80% of EV charging is done at home, there is still a perceived and real need for an infrastructure of public charging stations to make EVs more generally acceptable and capable of supplanting internal combustion engine (ICE) vehicles.

The need for a public charging infrastructure was recognized early. Even before the launch of the first real mainstream battery EVs in the US—the Nissan Leaf in 2010 and the Tesla Model S in 2012—several companies had begun building charging networks in anticipation of a growing EV market. One of the first was ChargePoint, which got its start in 2007 and has grown to a network that currently includes 115,000 public charging ports in North America and Europe, including more than 2,000 DC fast-chargers.

EVgo was established in 2010 and may be the largest public fast-charging network for electric vehicles in the US. EVgo owns and operates more than 800 fast-charging locations and more than 1,000, Level 2 chargers in 66 metropolitan markets. 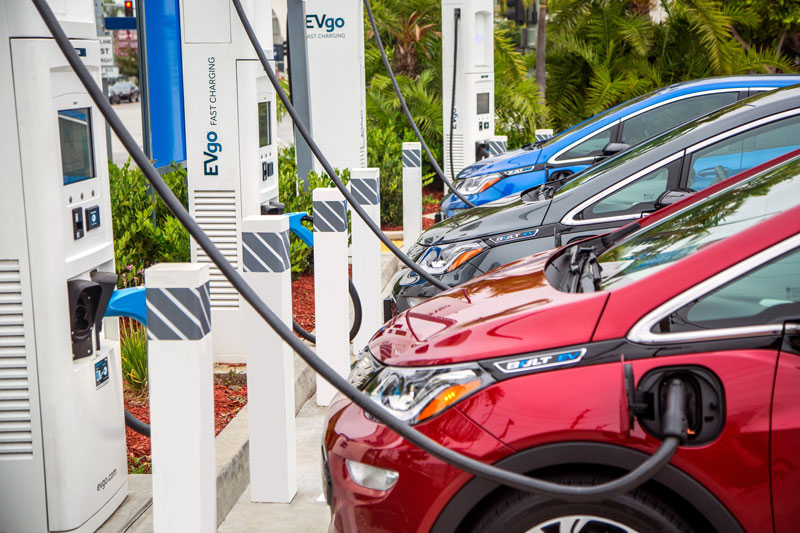 Deciding where and how many EV chargers are required for a town, state, or region is made easier using a computer tool available from the US Department of Energy

Greenlots was founded in Singapore over a decade ago and has since expanded its footprint across the region, deploying EV charging projects with leading utilities, automakers, and energy companies. In 2019, Greenlots was purchased by Royal Dutch Shell.

Tesla introduced its Supercharger network in 2012 exclusively to charge its all-electric cars. Tesla operates over 20,000 Superchargers in over 2,016 stations worldwide (an average of 10 chargers per station). There are 1042 stations in North America, 559 in Europe, and 415 in the Asia/Pacific region. The company is talking about making the Supercharger network available for EVs build by other manufacturers.

Electrify America has an EV DC fast-charging network in the United States, with more than 500 charging locations and over 2,200 individual charging units. It is a subsidiary of Volkswagen Group of America, established in late 2016 by the automaker as part of its efforts to offset emissions in the wake of the Volkswagen diesel emissions scandal. Electrify Canada has started expanding into Canadian provinces.

Where to Put Them?

Figuring out how many charging stations and charger units to place in a town, city, state, or region is a difficult problem. Through a collaboration between the National Renewable Energy Laboratory and the California Energy Commission, with additional support from the U.S. Department of Energy's Office of Energy Efficiency and Renewable Energy's Vehicle Technologies Office, a computerized tool called EVI-Pro has been developed. EVI-Pro uses detailed data on personal vehicle travel patterns, electric vehicle attributes, and charging station characteristics in bottom-up simulations to estimate the quantity and type of charging infrastructure necessary to support regional adoption of electric vehicles. EVI-Pro has been used for detailed planning studies in Massachusetts, Columbus, California, Maryland, and for a National Analysis of U.S. communities and corridors.

There is also a simplified tool called EVI-Pro Lite for projecting consumer demand for electric vehicle charging infrastructure. It is available to the public on the Department of Energy’s Alternative Fuels Data Center website. For an EV enthusiast, it’s fun to plug in your state or town and see what charging infrastructure is needed. The program assumes a mix of EVs that includes 15% plug-in hybrids with a 20-mile electric range, 35% plug-in hybrids with a 50-mile range, 15% battery electric vehicles with a 100-mile range, and 35% battery electric vehicles with a 250-mile range. The percentages can be changed by the user.

Other parameters that can be adjusted include the percentage of drivers who have access to home charging and whether and how many plug-in hybrid vehicles should be included in the public charging mix. The assumptions used for the computer simulation are available to the user.

In addition to providing a suggested number of various types of chargers, the program also provides advice for infrastructure planners. For example, it is suggested that planners prioritize DC fast charging first. “Establishing fast-charging networks that enable long-distance travel, serve as charging safety nets, and provide charging for drivers without home charging is critical to support all-electric vehicles that have no other alternative for quickly extending their driving range.” The EVI-Pro tool also suggests the majority of slower Level 2 charging will come from plug-in hybrid EVs, which can also use their gasoline engines if the range needs to be extended.

The EVI-Pro Lite tool also provides links to other DOE websites to help locate existing charging facilities and the costs associated with installing non-residential EV charging stations and networks. Playing with the EVI-Pro is a fascinating experience for anyone with an interest in EVs and how the future infrastructure will play out.