How Wireless Power Is Predicted to Reduce Electronic Waste 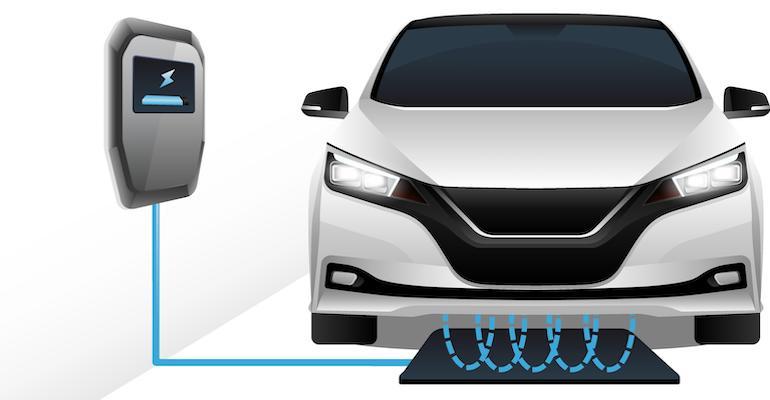 Cutting the cord to electronic devices and electric vehicles could improve the health of millions.

Power transmission technology has experienced incredible evolution over the decades, but innovation is creating a global e-waste crisis. When electronics are thrown away, they tend to end up in landfills around the world. This spreads toxins and chemicals throughout nearby communities, infecting people, food, and waterways.

Wireless power technology could help reduce e-waste production. Most people are aware of it because of their phone chargers, but it has potential on a much larger scale.

How Is Wireless Electricity Possible?

The concept of wireless charging has been around since the early 20th century. Nikola Tesla experimented with a model for wireless power transmission, which consisted of giant towers that would generate massive fields of electricity. The experiment fell through but may have succeeded if Tesla had the technology we do today.

Related: Round Up: EV Charging at Home

Tesla was onto something. His model for wireless power transmission used electromagnets to create fields of electricity. Wires that are coiled and electrically charged make magnetic fields. Two coils together can induce an electric current between each other. This is the main principle behind inductive wireless charging, which is common in electronic toothbrushes and wireless phone charging.

The main drawback of inductive wireless power is its limited range. Other models of wireless power transmission are focused on expanding that range to increase applications. For example, a research team at MIT has been developing non-radiative energy transfer technology, which is fully contactless. More complex research is underway for long-distance wireless electricity utilizing satellites and microwave energy.

The Importance of E-Waste and E-Cycling

Developing these wireless power technologies is crucial to combatting e-waste proliferation. Electronic waste is detrimental to the environment as well as public health. Even worse, developing nations are forced to face the brunt of these harmful side effects. As much as 80% of e-waste is processed in China, India, Pakistan, Vietnam, and the Philippines.

The World Health Organization has identified electronic waste as a critical health hazard to millions of children worldwide. The side effects of exposure include respiratory harm, impaired neurological function, chronic diseases, and DNA damage.

Electronic waste often contains lead and other toxic metals. It releases these toxins into the air when burned, where they contribute to greenhouse gas emissions. People working in electronic waste landfills must get hands-on with these toxins, amplifying risks even further.

Efforts are already underway to combat electronic waste production. Electronic recycling is widely considered the best way of ending e-waste accumulation. E-cycling initiatives focus on reducing electronic waste by mining old devices for the invaluable resources inside, such as gold and silver components. It also includes donating and reusing items rather than dismantling or disposing of them.

E-cycling is a crucial piece of the electronic waste puzzle. However, maximizing its effectiveness in the long term relies on developing technology that doesn’t need to be thrown away, to begin with. Widespread use of wireless power could create infrastructure compatible with numerous devices and built to last.

Electric vehicles are considered a cornerstone of the sustainable future. The Biden administration has even implemented an official action plan to develop more EV charging infrastructure around the U.S.

Wireless charging could be the key to success in initiatives like this. These stations could be universally compatible with all next-generation electric vehicles. Current leading prototypes consist of a mat EVs could park over for power transmission. This would eliminate the wires and plugs used in today’s charging stations.

A wireless power grid could be commonplace not too far in the future. Researchers are experimenting with 5G as a mode of wireless power transmission, which could be instrumental in reducing electronic waste.

The infrastructure for 5G is already expanding. The same cell towers could be used for internet access and small device charging. Researchers simply need to add a receiver sticker to these items to wirelessly charge from 5G. If this technology could be developed further to transmit higher quantities of power, it could create a fully wireless power grid, free of wire chargers and wall outlet plugs.

A wireless power grid may not be online for another decade or two, but universal wireless charging will likely take off by 2030. The key to adoption with any new technology is user convenience. People have taken to wireless charging for phones and smartwatches because it is so convenient there’s little reason not to do it.

Electronic waste could be significantly reduced if wireless charging became the universal standard. Users would no longer need different chargers for all their devices, diminishing the production of endless cables and charging blocks.

Additionally, wireless charging removes the need for any open ports on devices. Phones, tablets and other consumer electronics could become much more waterproof and durable. This would lead to fewer devices being thrown away due to damage. Even if users still want to buy a new phone every one or two years, resale and donation value for old devices will remain high since they are so durable.

Wireless power is the perfect solution for smart homes. Today’s houses are packed with functionality, but with dozens of devices comes a storm of wires, batteries, and power hubs. These could all be eliminated with long-distance wireless charging.

Thankfully, this technology is right around the corner. These devices are easy to add wireless power receivers to and have the advantage of limited mobility needs. Several wireless charging hubs made for smart homes are already in development worldwide. The market will have much less electronic waste impact when these go mainstream.

Building up wireless power infrastructure is about more than convenience. Cutting back on cords, batteries, and charging accessories could drastically reduce global electronic waste production. As a result, the electronics of tomorrow will be sustainably made and powered.