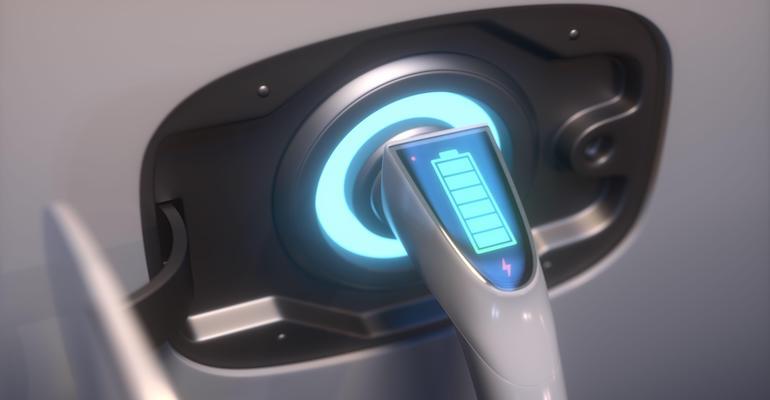 Chemical reactions inside the anode make it tricky to speed up what many who depend on their devices think is a painfully slow process.

Despite their use for so many years as energy sources for everyday devices, lithium-ion batteries still seem to charge painfully slow for people who depend on their devices. Now researchers at the U.S. Department of Energy (DoE) have figured out some reasons why.

A team at the DoE’s Argonne National Laboratory has identified a number of chemical behaviors in one of a battery’s two terminals as the device is charged and discharged that hinders its ability to charge quickly, researchers said.

Researchers at the lab, teaming with scientists at the University of Illinois Urbana-Champaign, used a technique called scanning electron nanodiffraction to observe what happens inside the anode—the negatively charged component of the device--during the intercalation process.

This process occurs when lithium ions that travel via the electrolyte—the material that delivers lithium ions between the anode and cathode--insert themselves in the graphite material with which the anode is typically made. When this process properly occurs, the battery can successfully charge and discharge, researchers said.

Related: Batteries That Charge in 5 Minutes? A New Imaging Technique Might Help

If a battery charges too quickly, however, intercalation can become disrupted by several chemical reactions that can significantly damage a battery’s performance, researchers found.

One is an effect called “plating,” which occurs when the lithium ions gather on top of the anode’s surface, said Argonne battery scientist Daniel Abraham. This process can irreparably harm the battery, he said. “Plating is one of the main causes of impaired battery performance during fast charging,” Abraham said in a press statement. ​

Moreover, scientists observed that another buildup of materials occurred inside the electrode’s pores if it was charged too fast, which leads to an expansion of the anode and ultimately can disrupt the battery’s performance, he added.

Another reaction researchers observed in their work is a change to the graphite particles of the anode at the atomic level, they said. The lattice of graphite atoms at the particle edges becomes distorted because of the repeated fast charging, which hinders the intercalation process, Abraham said. ​

“Basically, what we see is that the atomic network in the graphite becomes warped, and this prevents lithium ions from finding their ​‘home’ inside the particles — instead, they plate on the particles,” he said in a press statement. 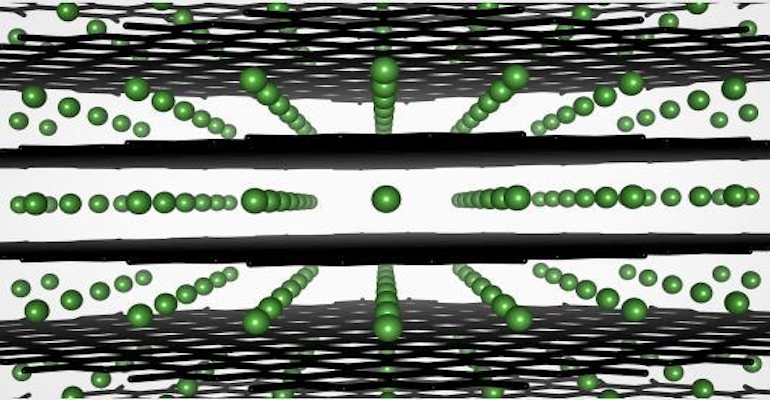 This illustration shows intercalation of lithium ions (green) in a graphite anode. Researchers at the Department of Energy’s Argonne National Laboratory have found some curious chemical reactions during this process that explain why batteries are slow to charge

Researchers published a paper on their work in the Journal of the Electrochemical Society.

Overall, the research shows that lithium-ion batteries must recharge slowly for a reason, Abraham said. The faster a battery is charged, the more atomically disordered the anode will become, which will ultimately prevent the lithium ions from being able to move back and forth, he said.

To solve this problem, then, scientists must play with the chemistry of the anode or the material used to create it to pave the way for a smoother intercalation process, Abraham said.

“The key is to find ways to either prevent this loss of organization or to somehow modify the graphite particles so that the lithium ions can intercalate more efficiently,” he said.