Because Battery Manufacturing Went to China, US Firms Have an Opportunity to Innovate 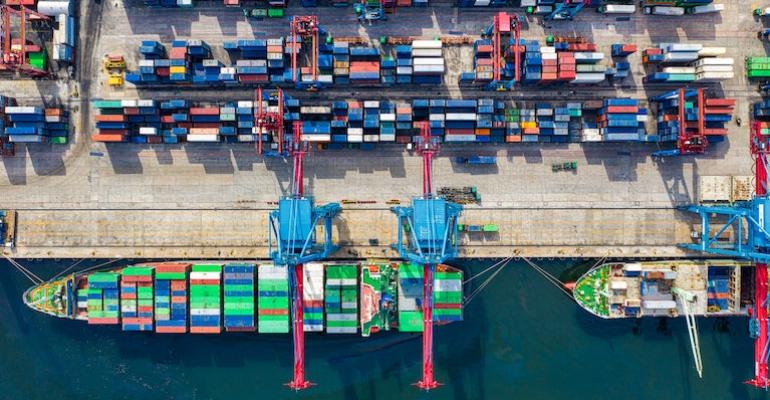 The world of supply and demand is in crisis, largely caused by an obsession with finding the low cost provider. Can technology provide us a way out?

The Chinese word for "crisis" is, in Western popular culture, frequently but incorrectly said to be composed of two Chinese characters signifying "danger" and "opportunity." The second character is a component of the Chinese word for "opportunity" but has multiple meanings, and in isolation means something more like "change point." The mistaken etymology became widely repeated after it was used by John F. Kennedy in his presidential campaign speeches and has become a central tenet of the perception that the US has of the Chinese outlook on business, education, politics, and competition.

We live in a period of unprecedented consumer demand. Nearly every day brings news however of a new way in which supply and shipping aren’t capable of meeting that ever-growing demand. On the consumer side the issue is transportation as ships line up outside of US ports, unable to discharge their cargos, due its said to labor shortages caused by Covid. At the same time, the well-publicized shortage of computer chips has resulted in a dramatic lack of new vehicles for automobile dealerships to sell. Now we learn that Tesla will delay its Semi electric heavy truck until 2023, and the launch of its Cybertruck pickup truck until the end of 2022, both partly due to supply chain issues having to do with constraints on battery manufacturing. Even electric vehicle (EV) startups have also felt the pinch in battery supplies as they try to work on their new prototypes.

The latest is a shortage of magnesium (85% of magnesium comes from China) that threatens to dramatically reduce aluminum supplies (magnesium is used in almost every industrial aluminum alloy) which will cut automobile production capacity even further. The same nationwide energy shortage that hit China beginning in July of this year and that has affected magnesium production has also begun to affect domestic cathode and anode production, causing battery production to scale back. The challenges seem to go on and on.

It is popular to blame China for many of these issues. The country has become the primary source for battery materials and many of the other components and materials that are used in the manufacturing of EVs. It has also become the lowest cost provider for a variety of high technology products that the modern world relies upon.

Here is the thing: A laser focus on share-holder value by corporations worldwide has led to a reliance on lowest cost providers, regardless of the fragility that a supply-chain based upon that reliance sometimes creates. China was there to provide low-cost manufacturing that could boost corporate profits. Then, instead of using those profits to build more robust supply chains, the money was used to buy back stocks, increasing their value and making a few already wealthy corporate executives and investors significantly richer. Our current various crises and fragile supply and delivery system are the predictable result.

The irony is that outsourced manufacturing and standing by while China took over the battery industry has resulted in the situation we now find ourselves facing. If the battery industry had stayed here in the US where much of the initial research and development occurred, the desperate need now to innovate our way into solutions wouldn’t be so urgent. The origin of the Chinese expression notwithstanding, the growing crises faced by the US and the rest of the world certainly represent a danger to the global economy, our standard of living, and our ability to fight climate change. On the flip side, sitting on the edge of disaster has also opened up opportunities for small nimble companies, often start-ups, to apply new technologies and innovations to mitigate the dangers.

One such start-up is 6K, Inc., located in Massachusetts. The company has developed a microwave plasma technology called UniMelt that uses temperatures as high as 6,000 degrees to process raw materials into powders that can be formed into lithium-ion battery cathodes. The microwave plasma can also be used during battery recycling to create new cathodes from spent batteries. We spoke with Aaron Bent, CEO of 6K about the opportunities that working in the US is presenting to his company. 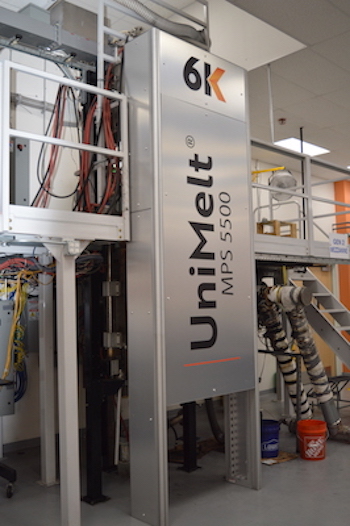 “There is a huge irony. You see it in the semiconductor space. The pandemic was a wake-up call to the reliance on the lowest cost provider. The combination of the current administration and the supply chain intensity, with the awareness of the pandemic, has created this unique opportunity for a company like 6K to come in and plug that hole and do it very effectively. But again it's only really possible when you have a technology that can fill that gap and be the ‘step-change in the way things are done,” Bent told us.

6K sees supplying the electric vehicle (EV) industry as a big part of its future. “It’s a title wave that is not going away,” said Bent. “It’s just going to be exponential growth.”

The company has also seen a change in attitude from US manufacturers toward their EV production. According to Richard Holman, Vice President of Battery Products at 6K, “Even in the last three years, the conversations when we were approaching OEMs, they were definitive that pulling things in house was not part of their strategy. They were on a path to very slow adoption.”

But Holman is amazed at how quickly that has changed.  “Twelve months later they are coming to us saying ‘These are our plans—we are pulling all of this in-house, We are going to build cells so we are looking for low-cost domestic sources of materials.’ It’s been a complete change and the reality is that Tesla has woken everybody up,” said Holman to Battery Technology. “There was a lot on entrenched very conservative companies who had no reason to change things quickly because they had a good thing going and all of a sudden they got usurped by this little startup on the West Coast that is now the dominant EV company in the world.”

The process by which a company like 6K applies its technology has also changed. “It’s a multi-prong approach,” explained CEO Bent.  “First, developing products that can drop in today—lower-cost product, higher performance product, sustainably made on US soil. Working with car companies and cell makers is key,” he said.  “Beyond that, we are working with the Defense Logistic Agency and other groups on the government side to explore next-generation product lines that exploit the unique nature of our 6K Unimelt process.”

Technology to the Rescue

Summarizing Bent said, “So it’s energy security, it’s advanced manufacturing, it’s jobs in the US, it’s all of those things and what’s sort of the icing on the cake is when you close that loop with recycling and that’s where we are partnering with some of the potential giants.”

The crises that the US faces from too heavy a reliance on Chinese raw materials and low-cost manufacturing, particularly in the EV and battery sector, have created real opportunities for some innovators. But we have to learn to value things beyond the lowest cost for production. “It lays over today’s environment—the void has been both created and amplified. How do you maximize the opportunity? Technology is absolutely key,” said Bent. “You can’t build an economically sustainable production plant for batteries using old-style technology. You just can’t do it.”

Tech Giant Foxconn Rolls Out 3 Prototypes: When Will it Build its Own EVs?
Oct 20, 2021