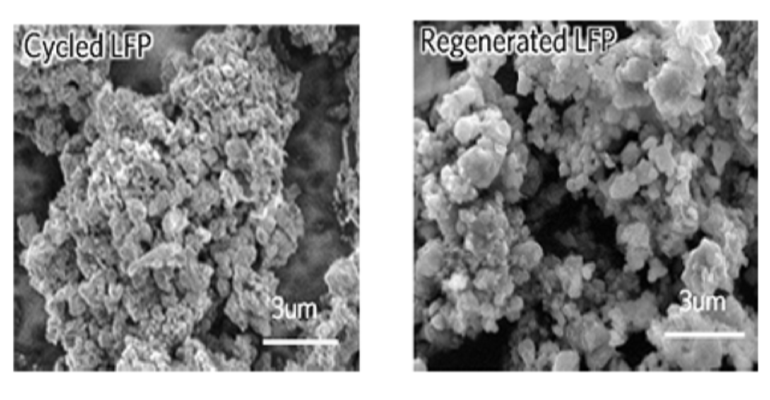 With the myriad portable devices people use every day, batteries are a ubiquitous part of every-day life. However, to dispose of batteries or recycle their materials is currently not a very environmentally friendly proposition, a problem researchers have been trying to solve.

A team from the University of California (UC) San Diego has come up with a potential solution to this problem with a new process for restoring spent cathodes to a condition that is like new. The process paves the way for recycling lithium-ion batteries, which would eliminate some of the excess waste batteries create today.

Battery materials face the same problem as plastics in terms of how to recycle these products once they can no longer be used, noted Zheng Chen, a professor of nanoengineering at UC San Diego who led the research.

“It’s the same dilemma with plastics—the materials are cheap, but the methods to recover them are not,” he said in a press statement.

Chen’s team focused their efforts on lithium-based batteries and found that the process is particularly useful on cathodes made from lithium iron phosphate (LFP). These batteries are typically safer to use and less expensive than other lithium-ion batteries because don’t use difficult-to-source metals like cobalt or nickel.

LFP-based devices also have longer lifetimes than typical lithium-ion designs, which is one of the reasons they are used to power the electric vehicle (EV) Tesla Model 3 and also are used widely in power tools, electric buses, and energy grids.

“Given these advantages, LFP batteries will have a competitive edge over other lithium-ion batteries in the market,” he said in a press statement.

One major drawback to using these batteries is that they are very expensive to recycle, a problem the process his team developed can solve, he said.

The method reduces costs in a number of ways, including lowering both the temperature needed to recycle the materials as well as the energy consumption, said Panpan Xu, a postdoctoral researcher in Chen’s lab who also worked on the project. The process also uses common chemicals that are non-toxic, such as lithium, salt, nitrogen, water, and citric acid.

“The whole regeneration process works at very safe conditions, so we don’t need any special safety precautions or special equipment,” Xu said in a press statement. “That’s why we can make this so low cost for recycling batteries.”

To develop the process, researchers had to consider the two main structural changes the cathode undergoes that degrade its performance over time. The first is the loss of lithium ions, which creates empty sites called vacancies in the cathode structure.

The other occurs when iron and lithium ions switch spots in the crystal structure, a scenario that is difficult to reverse, which traps lithium ions and prevents them from cycling through the battery.

What they developed works like this: First, the team cycled down LFP batteries until they lost half of their energy-storage capacity. Then, the batteries were disassembled so researchers could collect the cathode powders and soak them in a solution comprised of lithium, salt, and citric acid. Researchers then washed the solution with water, dried the powders, and heated them to complete the recycling process.

The remaining powders then were used to develop new cathodes, which researchers tested in both coin cells and pouch cells. Results of tests found that the cathodes performed as if they were new.

The reason for the success of the process is in a common, natural ingredient found in citrus fruits—citric acid. It’s this material that allows for the replenishment of lithium ions, making it easier for iron and lithium ions to switch back to their original positions in the process.

This occurs because citric acid acts as a reducing agent—a substance that donates an electron to another substance—by transferring electrons to the iron ions to make them less positively charged. This minimizes the forces that prevent the iron ions from moving back into their original positions in the crystal structure and releases the lithium ions back into circulation.

The team published a paper on its work in the journal Joule. Researchers plan to continue their work to optimize the logistics of scaling the process to collect, transport, and handle large quantities of batteries so it can be used widely.

“That will bring this recycling process closer to industry adoption,” he said in a press statement.