How Mercedes’ Advanced F1 Technology Trickles Down to Production Models 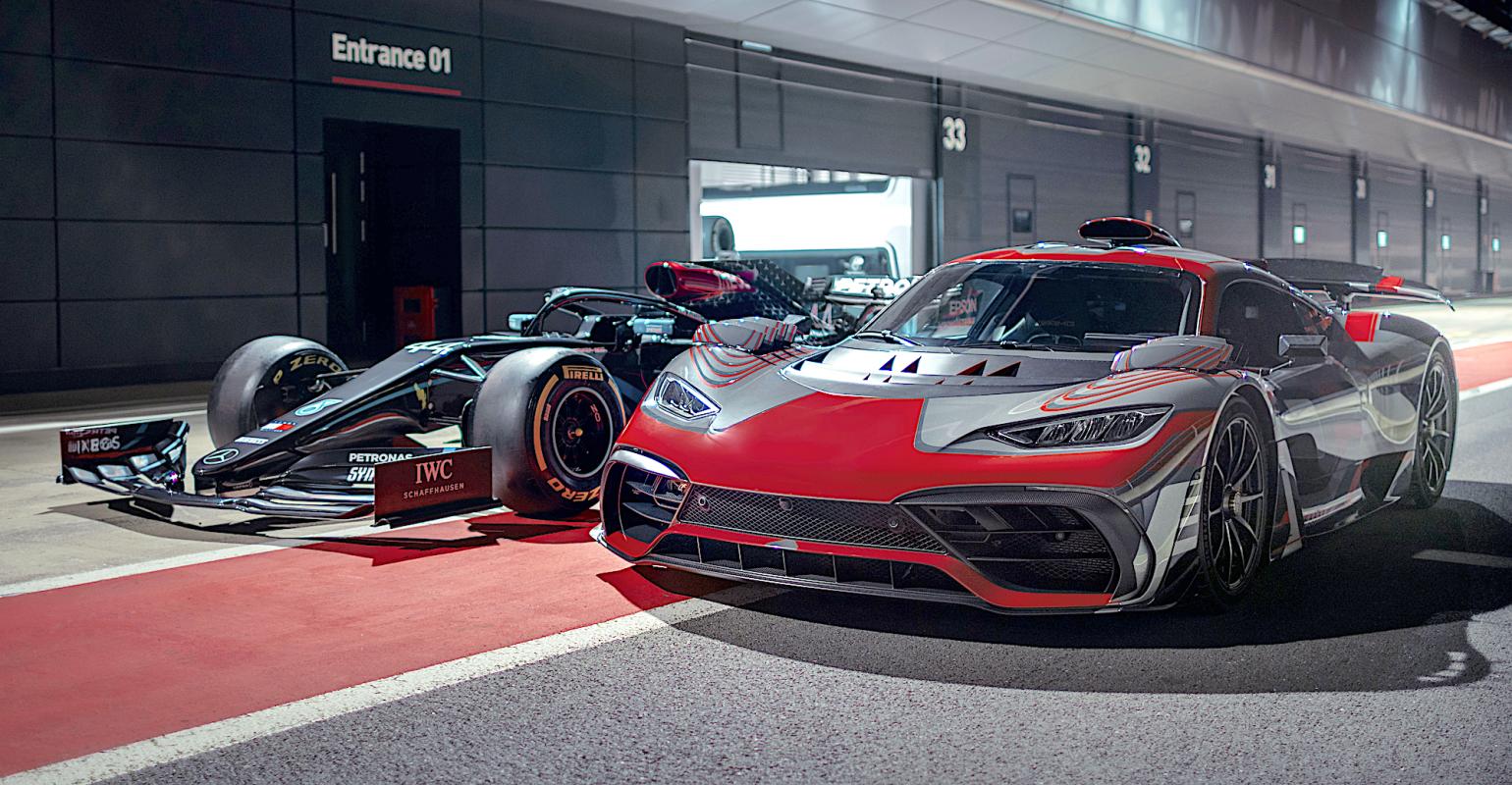 The Mercedes-AMG Project One sits alongside the Mercedes-AMG F1 W12 race car in the pit lane.
From the Project One hypercar to hybrid-electric city buses, Mercedes aims to exploit hard-won hybrid know-how for production vehicles.

Mercedes-Benz parent company Daimler sunk $445 million into its successful effort to win the 2020 Formula 1 world championship, according to a report in the racing magazine Autosport.

The company didn’t spend this money only because it loves sports. The technology being pioneered in the hybrid-electric Mercedes-AMG F1 W12 race car is directly relevant to cars being developed for consumers.

The leading candidate for this technology transfer is decidedly not a commuter model. The Mercedes-AMG Project One hypercar is a 1,000-horsepower missile that uses a modified version of the same turbocharged 1.6-liter V6 combustion engine equipped with conventional regenerative braking systems (called Motor Generator Unit-Kinetic in F1-speak) as well as a generator connected to the combustion engine’s turbocharger that produces power from the energy of the rapidly expanding exhaust gas blasting out the exhaust pipe. This one is called the Motor Generator Unit-Heat.

The resulting system, which is called a “Power Unit” in F1 parlance, achieves 50 percent thermal efficiency. The last of the traditional combustion V8 employed in F1 was about 30 percent efficient, on par with normal road cars’ engines.

The batteries used in Formula 1’s first hybrid cars in 2007 weighed 235 lbs. Today’s W12 carries a 44-lb. battery pack. This is possible because the 2007 batteries were only 39 percent efficient, compared to the 96 percent efficiency of today’s battery technology, according to Mercedes-AMG.

While Project One carries the most direct lineage to the W12 race car, Mercedes also makes a lot of buses, and the company points out that recovering brake energy is a key technology for making those vehicles greener too.

The W12 racecar’s engine for the 2021 season is an evolution of the power unit used previously, but there have still been improvements. "We are going into the eighth season of pretty stable regulations, so we have a good understanding of the current hybrid engines," said Hywel Thomas, managing director of Mercedes High-Performance Powertrains.

"We identified three main areas to work on: first, we've continued the development of the technology in the Power Unit,” he explained. “That's a continuous process, and we feel like we've been able to take a step forward on that front again this year. The second area is reliability. We discovered some design issues last year, so we've been looking at those and introduced some changes to address them. And we've also got some completely new innovations that will be in the racing PU for the first time." 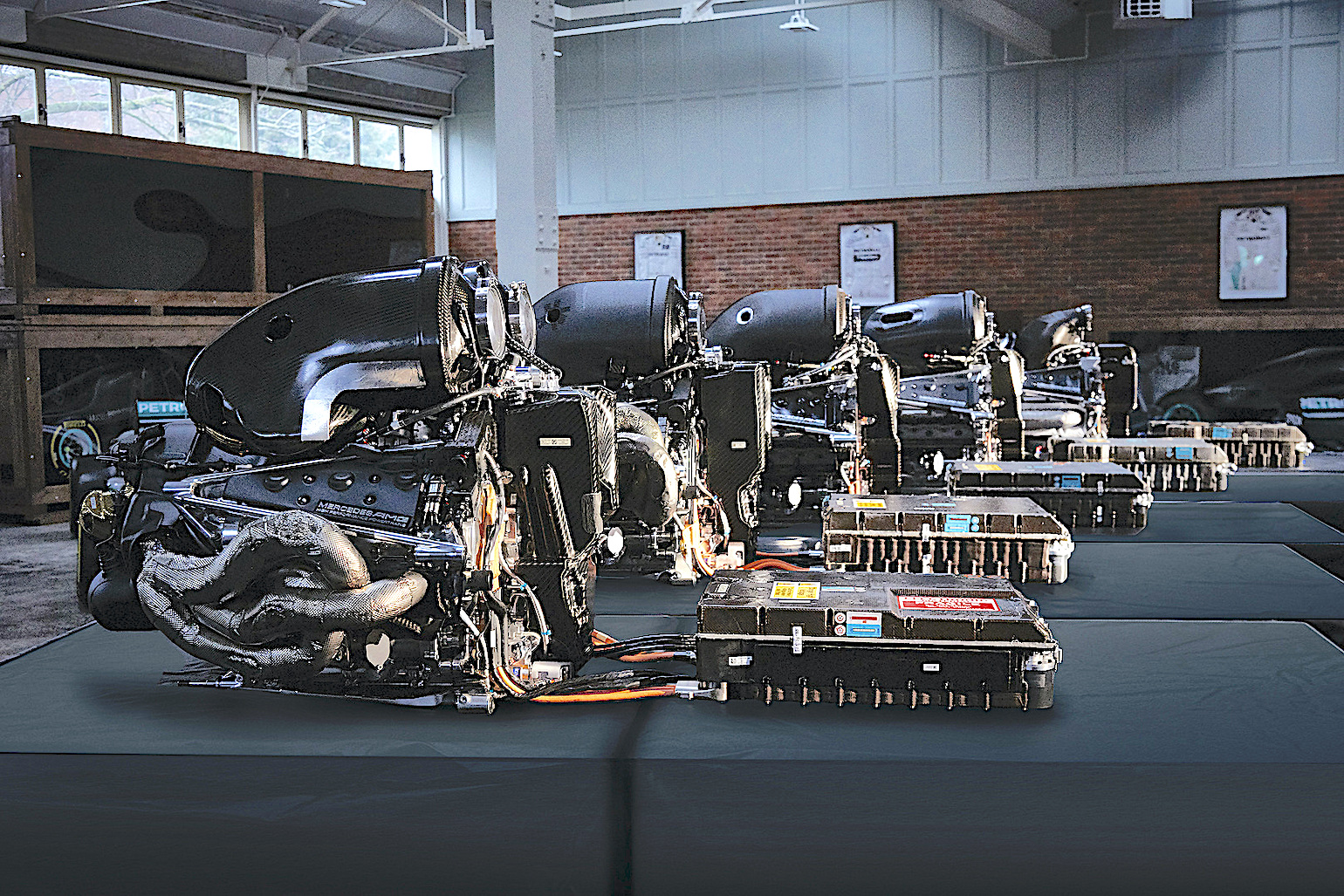 The team was challenged to make these improvements in an environment of restrictions on dynamometer testing that are meant to reduce the handicap felt by lower-budget teams. "It's similar to how wind tunnel usage has seen restrictions for a number of years, but we had to implement the restrictions with immediate effect for the dyno," Hywel said. "Now, we need to decide earlier what projects to focus on because we can't afford to use precious dyno hours on ideas that end up not making it to the car."

The Mercedes-AMG production car team has toiled to adapt the F1 power unit for street driving and the Project One car has now reached the stage where it can be under testing at the hands of test drivers who are putting the car through fast laps at the company's own proving ground and technology center at Immendingen.

Engineers are also working to sort the final details of Project One’s active aerodynamic system. The complex interaction between various active components such as the louvers, the air outlets in the front fenders, or the large rear airfoil is crucial to delivering the car's expected lateral dynamics. 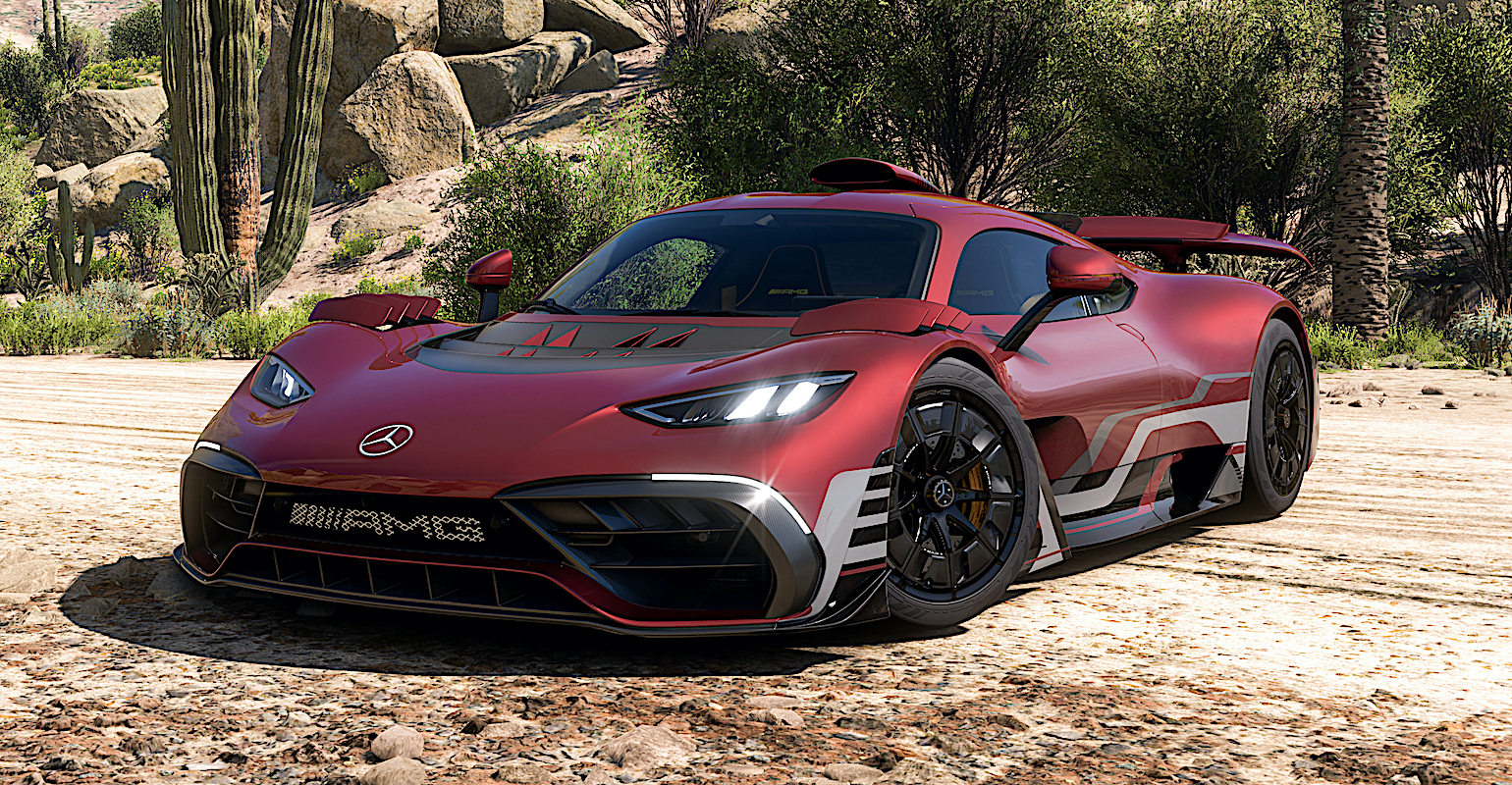 The Project One is already available for testing in virtual form, thanks to its arrival in the Forza Horizon videogame.

Additionally, unlike the W12 racer, Project One must be capable of driving on electric power alone because of the ban on combustion engines in the city centers of more large European cities. The company reports that this mode represented a “tremendous” challenge for the team.

For now, we are left to await the introduction of the final finished version of Project One to see just how much F1 technology can make it to the street. In the meanwhile, keep an eye out for a hybrid Mercedes bus.