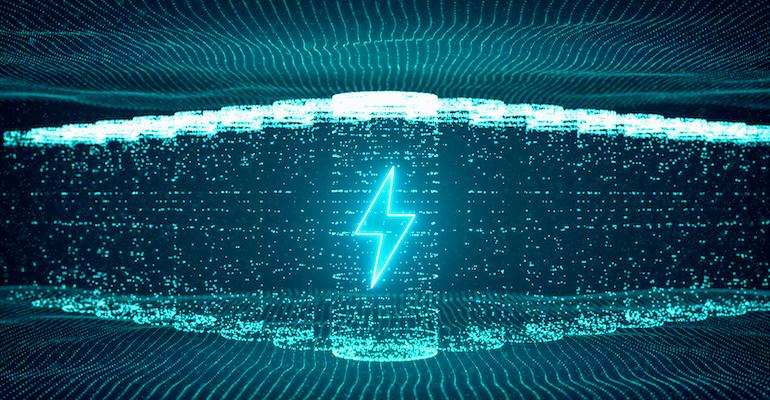 Boosting the energy density of typical lithium-ion batteries is, at least in part, a result of improved assembly methods that incorporate more anode/cathode layers into the confines of existing battery cell designs. These layers, made up of extremely thin metal foils (typically 5 to 8 microns) separated by electrolyte, are the basis of the battery’s ability to charge and discharge electric current. Adding layers provides increased current-carrying surface area and therefore boosts energy density and could, with the right charger, support a fast-charging capacity as well.

To date, battery makers can reliably build battery cells that contain 40 or 50 foil layers. The anode/cathode ends of these fragile foils are bonded together, typically with ultrasonic foil-to-tab welds, since these provide a low-resistance, molecular-level bond. (The tabs collect and concentrate the current at the positive and negative terminals of each cell.) Until recently, the formula for adding foil layers to battery cells was quite simple: just boost the power used in the ultrasonic metal welder.

However, as battery makers sought to incorporate 60 foil layers — and tested whether 80 or 100 layers were feasible — the welding process did not work as expected. The additional weld power sometimes caused shifting and damage to the stacked foil layers, resulting in wrinkles, cracks, or tears that reduced current-carrying capacity or caused rejects. After careful observation, weld experts found the problem: The high weld power levels required were exceeding the mechanical capabilities of the typical ultrasonic welders in use. Specifically, high power levels were causing excessive vibration in the cantilever-type actuator arms that clamp down, grip the parts, and deliver the ultrasonic energy that welds them together. Instead of firmly compressing, gripping, and vibrating the stacked foils to produce a quality finished weld, the actuator arm — and attached weld tooling — began to lose its grip and slide, causing weld vibrations to shift or damage the fragile, many-layered foils.

At about the same time, analogous weld problems were occurring on the charging side of the battery equation. To enable faster charging of more power-dense battery packs, EV manufacturers sought to build charging systems with larger-diameter-stranded cables, typically copper, that can support much higher (4x to 5x) charging current draws while dissipating the higher heat loads they create. Supporting such high currents meant shifting from, for example, an older stranded copper charging cable of about 60mm2 (approximately 2/0 AWG) to a cable of about 250mm2 (approximately 430 MCM), an increase of more than 4x in area.

Logically, the need to ultrasonically weld much larger cables required higher weld power and higher clamping force to hold them firmly in place. But once again, traditional ultrasonic metal welders — those equipped with horizontal, cantilever-type actuating arms — had problems. Under these high mechanical loads, the actuators tended to give, causing tooling to slip, rather than grip, the much larger stranded cables. Weld experts noted several specific concerns:

Given the huge installed base of ultrasonic metal welding equipment serving battery manufacturers, the problems caused concern. If tried-and-true ultrasonic welding equipment was no longer operating as expected on the more complex foil and larger cable welds essential to the latest battery and charging system designs, then what would? 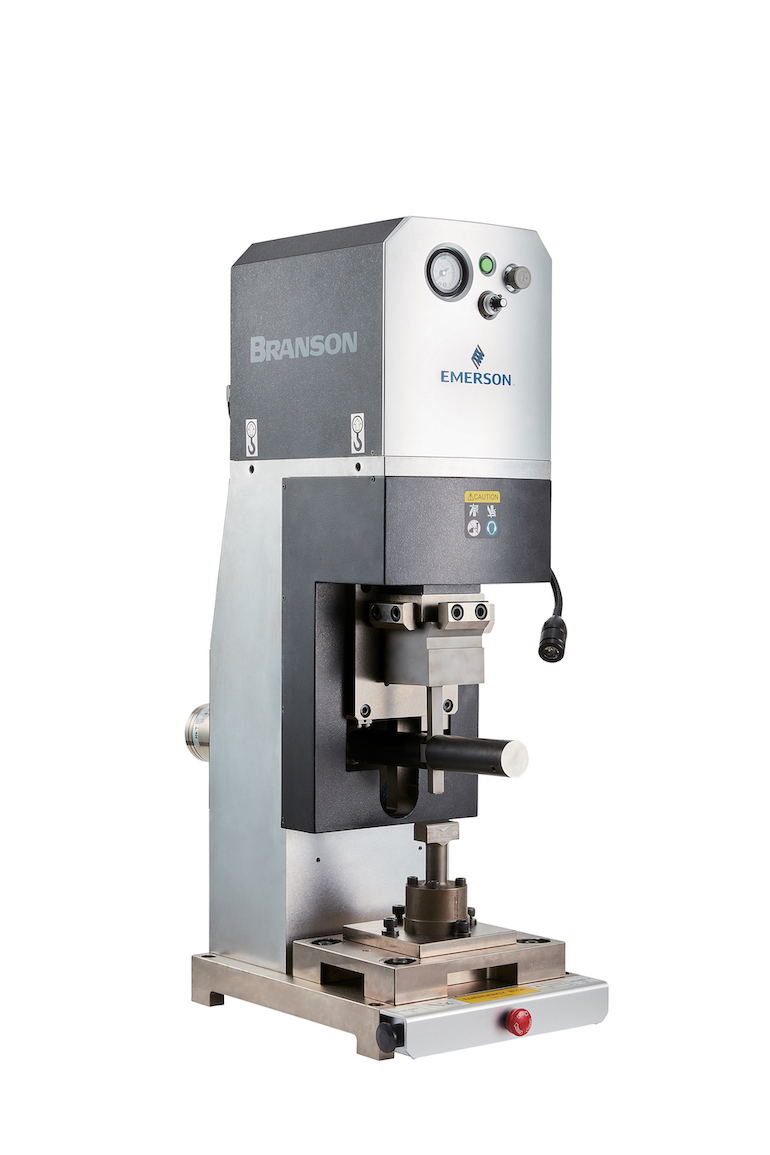 The key to the solution was to develop a new ultrasonic metal welder that shifts away from the traditional lateral drive design, eliminating the horizontally mounted actuator in favor of more rigid, vertically mounted actuators that can deliver higher weld energy and greater part-clamping force. During developmental tests and customer trials, this new “direct press” welder design dramatically reduced undesirable actuator stress and vibration, improved tooling grip and stability of the parts to be welded, and virtually eliminated the foil and cable damage caused by the traditional process. With direct-press welding technology, complex battery-foil welds of 100-plus layers, as well as much larger-diameter-stranded cable welds, are now being repeatably made. The process is also more energy-efficient, completing these challenging welds using just 30% to 40% of the weld energy required with traditional welding equipment.