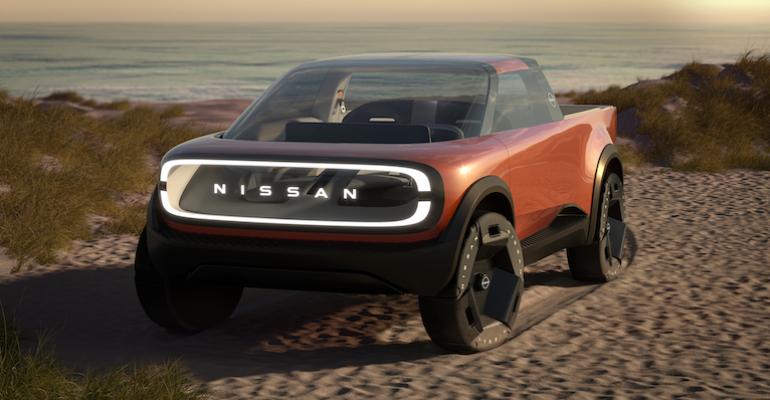 Nissan Surf-Out EV Concept Vehicle
The company will invest $500 million for EV models that are to begin production in 2025.

Nissan’s Ambition 2030 calls for building 23 electrified models for the Nissan and Infiniti brands globally, including 15 all-electric vehicles, by 2030. The company has announced that its Canton Vehicle Assembly Plant in Mississippi will become a center for US electric vehicle (EV) production and that the plant will be updated with the latest in EV manufacturing technology to support the production of two all-new, all-electric vehicles.

Here are the highlights of Nissan’s announcement:

The Canton Vehicle Assembly Plant is celebrating 19 years of manufacturing operations in 2022. The plant employs approximately 5,000 people and has built nearly 5 million vehicles since opening in 2003. The plant currently builds four models: Altima, Frontier, TITAN, and TITAN XD. With this announcement, Nissan now has invested $4 billion in the facility.

The UK Lithium-Ion Economy Gets a Much-Needed Boost From Nissan: Is it Enough?
Jul 08, 2021

Will EVs Be Vulnerable to the Same Kind of Thinking That Brought Us a Semiconductor Chip Shortage?
Dec 10, 2021