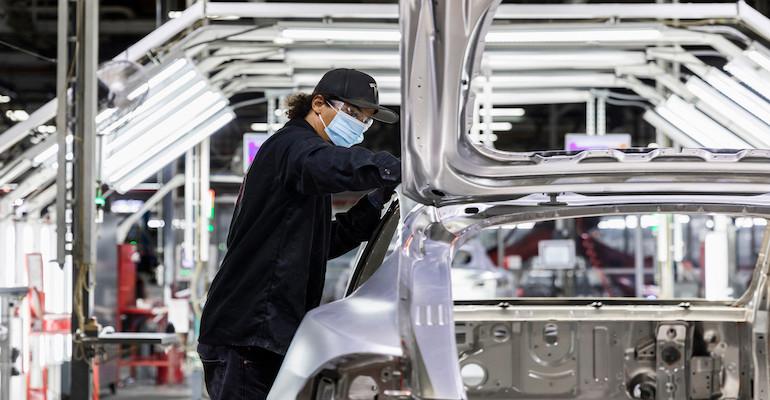 Gigafactory Berlin-Brandenburg is Tesla’s first manufacturing location in Europe and the company’s most advanced, sustainable, and efficient facility yet. Slated for completion this year, it will manufacture hundreds of thousands of Model Y vehicles and millions of battery cells.

To celebrate the opening of the plant Tesla has produced a video using a drone to speed through the factory. Opening with a view outside the factory with a lineup of the Model Y vehicles that the factory has already produced, the drone enters the factory and flies through different parts of Tesla’s assembly line, following the manufacturing process until it reaches completed Tesla Model Y EVs.

The release of the drone video follows the official opening of Gigafactory Berlin two years after its breaking ground. The footage is remarkable.