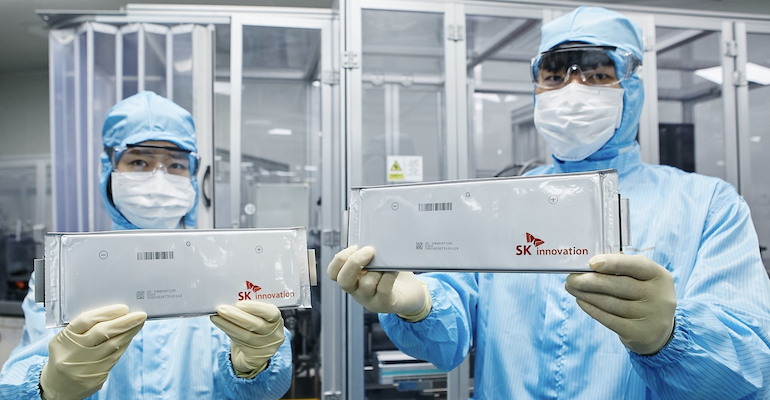 New battery factories are springing up everywhere, but they may not be enough to meet the global demand created by a growing electric vehicle market.

Electric vehicles (EVs) are catching on, and there is a worldwide push to build enough factories to manufacturer the lithium-ion batteries that will power them. Announcements are coming fast and furious: For example, in March 2021, Chinese automaker Geely announced it would build a new lithium-ion battery plant in the eastern Chinese city of Ganzhou.

Related: Better Battery Tech Is Heating up on all Seven Continents

Although the Geely nameplate is all but unknown in the US market, the Chinese company owns a portfolio that includes formerly Swedish Volvo, British sports car maker Lotus, luxury electric vehicle maker Polestar, and a $9 billion stake in Daimler AG, the largest investor in the German automaker. In mid-March Geely also announced the formation of a new company, Zeekr Company Limited, to serve a growing global demand for premium electric vehicles. The company plans to launch its first new vehicle at the end of 2021 and then launch a new vehicle each year for the next five years. Geely sold 200,000 EVs across all of its brands in 2020, nearly 10% of its sales total.

The Geely announcement came via social media on its WeChat account. The company will initially spend $1.3 billion to build up 12 GWh of production capacity, followed eventually by another investment of $3.3 billion to build 30 GWh of additional capacity. In December 2020, Geely Technology Group and Farasis Energy announced that they would invest in a lithium-ion battery joint venture to engage in research and development, manufacture, and sale of lithium-ion cells, battery modules, and battery packs.

Geely’s new battery plant is just one of many that will come online in China in the coming years. The Chinese government is heavily promoting new energy vehicles (NEVs)—battery electrics or battery hybrids—with the plan that they will make up 20% of auto sales by 2025, up from 5% in 2020. That will be about 6 million NEVs requiring an annual battery capacity in China of 400 gigawatt-hours (GWh) of battery production capacity.

According to Benchmark Minerals, the announcement of the new Geely plant makes 200 “super-sized lithium-ion battery cell plants” that are scheduled to be built by 2030. The new plants will bring the global manufacturing capacity from today’s 750 GWh to 3.4 terawatt-hours (TWh) by the end of this decade, a nearly five-fold increase.

Asia isn’t the only player. Recently, Volkswagen announced, during its Power Day, that it would be building six new Gigafactory battery plants in Europe. Each plant will have a capacity of 40 GWh and the total of 240 GWh is expected to meet more than half (54%) of the estimated 443 GWh demand for EV lithium-ion batteries from all automakers in Europe in 2030. The European Battery Alliance reports that there are a total of 25 announced projects for lithium-ion battery factories in Europe which could add as much as approximately 500GWh production capacity for Europe by 2030.

The demand for lithium-ion batteries in the US is also increasing dramatically and car companies and battery manufacturers are responding. Aside from Tesla’s Gigafactory in Nevada, its Gigafactory dedicated to solar energy in Buffalo, New York, and its new Gigafactory in Texas, the $2.6 billion battery factory of Korean company SK Innovations in Georgia is set to come online in 2023. The SK plant had been the subject of wrangling with the other Korean battery giant LG Energy Solutions (formerly LG Chem) over accusations of theft of intellectual property. Now that the lawsuit has been settled, however, the plant is on schedule to supply lithium-ion batteries to both Ford (for its new electric F-150 pickup truck) and Volkswagen (for its ID.4 SUV).

Additional battery capacity will be coming on board as General Motors (GM) is working with LG to build a $2.3 billion battery plant at its Spring Hill, Tennessee facility. The plant will build electric cars for the Cadillac Division, starting with the Lyriq SUV in 2023. GM and LG developed the car company’s Ultium lithium-ion battery cells and already have a joint venture battery plant located in Lordstown, Ohio.

Will this increase in US battery capacity be enough? As reported in CNN Business, the Center for Automotive Research estimates that current North American EV output could be satisfied with 30 gigawatts of batteries annually. However, the demand could increase to 140 gigawatts in just five to six years. The new GM and LG plant in Tennessee will get the industry to only about 120 gigawatts of annual capacity.

Can We Get There?

The availability of adequate lithium-ion battery capacity by 2030 depends upon a variety of factors. The first is the success of EVs in the market—at present, the sales rate in the US of EVs is less than 2 percent. Depending upon government policies, sales incentives, and the ability of the auto industry to build EVs that the public desires, the sales rate in 2030 could be more than 50 percent for EVs. But it could also be less than 30 percent.

Supporting the higher number of EV market penetration means that mining companies need to be working now to extract more lithium, cobalt, and nickel raw materials to build those batteries. It can take as many as five years to bring a new lithium mine online. Investment in mining for battery materials has lagged the demand predictions for the coming years and shortages will bring price increases, which further affects the potential for an EV fleet. Another area that requires immediate attention if EV penetration rates are going to grow includes recycling of batteries to reclaim their materials for reuse in new batteries. Volkswagen claims that up to 95 percent of spent battery materials can be recycled into new batteries, but it’s another area where limited demand at present has stifled investment.

One thing is clear—even with a head start of 200 planned super-sized battery plants and new EVs announced almost weekly, we aren’t doing enough. Reaching the goals of large-scale electrification of transportation will require a fundamental change in the entire auto industry—a change that only now is just beginning.