Banking on Batteries for Grid-Scale Storage 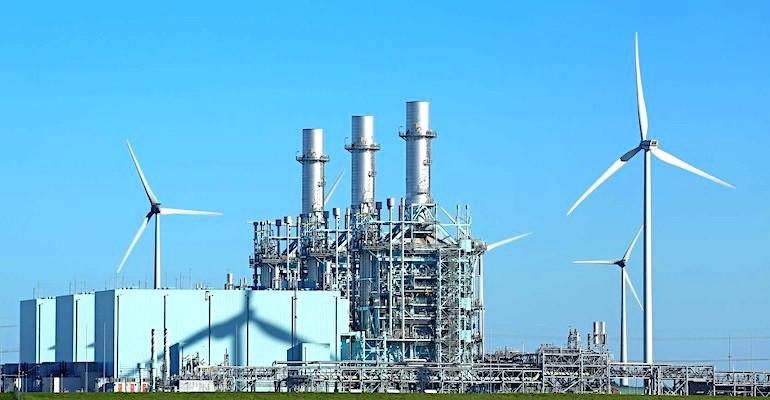 The argument against renewable energy is that it is inconsistent—wind power only works when the wind is blowing, and solar panels only generate electricity during the day. That’s where grid storage comes into play, storing the energy when it is produced and giving it back whenever it is needed.

For a long time, the cost of battery storage of renewable energy was considered prohibitive. Indeed, a decade ago, the price per kilowatt-hour (kWh) of lithium-ion battery storage was around $1,200. Today, thanks to a huge push to develop cheaper and more powerful lithium-ion batteries for use in electric vehicles (EVs), that cost has dropped to between $150 and $200 per kWh, and by 2025 it could be under $100/kWh.

A 2019 report by the Rocky Mountain Institute (RMI) noted that “As more and more investment in batteries takes place, costs continue to go down and the devices and systems they are deployed in becoming more sophisticated through innovation.” Added to that, RMI said, “Self-reinforcing feedback loops are created as favorable public policies, R&D funding, more manufacturing capacity and economies of scale link together.”

The past few years have shown a significant shift away from coal and to natural gas for grid-scale electricity generation. While natural gas is cleaner than coal, thanks to an extensive nationwide boom in hydraulic fracturing (fracking), it is also cheaper. The Energy Information Administration (EIA) Short-Term Energy Outlook Supplement: Summer 2020 Electricity Industry Outlook predicted during the summer of this year (2020), 17% of electricity generation would come from coal (down from 24% in the summer of 2019), 44% would come from natural gas (compared to 41% last summer), and 11% would come from solar and wind (up from 9%). Nuclear generation remains about 20% of the total.

According to a 2020 report by RMI however, over the past two years, some power companies are beginning a drastic shift away from new gas and have started a steep rise in renewable energy projects. According to RMI, “…investors finance projects based on expected returns in the competitive market—not based on expectations of cost recovery allowed by regulators of monopoly, vertically-integrated utilities. In other words, this trend represents the shifts in internal risk and reward calculus among investors in highly competitive markets, and reflects a market-based, consensus view of the underlying economic value of different power sources.”

The grid-scale storage battery market is growing so quickly, that it is becoming large enough to commercialize its own new technologies, independent of the technologies developed for EVs. As a matter of fact, RMI reports that meeting electricity goals for <2C° global temperature rise will require building and deploying lithium-ion batteries faster than their price decreases will enable. That means that alternative battery chemistries and configurations will begin to become popular as grid storage grows.

If utilities are moving away from lithium-ion batteries, they might as well look for technologies that provide other advantages. “As storage requirements move beyond the four-hour threshold, technologies with lower duty-cycle degradation at full depth of discharge, lower material costs, and longer lifetimes will be better suited to provide those lower costs than what most analysts believe Li-ion can achieve,” according to RMI.

Leading candidates for grid storage alternatives to lithium-ion include low-cost zinc-based anodes, along with low-cost cathodes, such as oxygen from the air. These could also include future zinc alkaline batteries, possibly with solid-state electrolytes. Flow batteries that use externally stored electrolytes to generate energy as they flow through a reactor are already in use and show great promise. Another possible technology uses high-temperature liquid-metal batteries that could provide low-cost, long-duration grid balancing based on their safety and long-life cycles.

Perhaps the most interesting outcome as the price of renewables continues to plummet, is the unraveling of natural gas as the energy source of the future. According to RMI, “The need for these new natural gas plants can be offset through clean energy portfolios (CEPs) of energy storage, efficiency, renewable energy, and demand response. Natural gas plants that move forward are at high risk of becoming stranded assets, and as early as 2021, some existing power plants could be more expensive to continue operating than least-cost CEP alternatives, depending on gas prices.”

Falling prices for battery storage and renewable energy has begun to disrupt the conventional wisdom about running an economical and profitable utility grid. Those who fail to take these rapid changes into account risk placing their long-term investment bets into natural gas technologies that are beginning to look like won’t pay off.