Battery Standardization Could Use Some Work 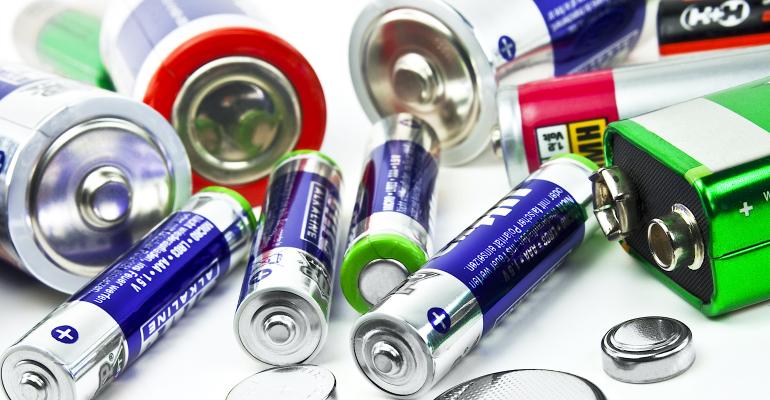 Common household batteries such as the AA cell battery are available in a bewildering array of performance characteristics for different applications.
Even after more than 100 years, battery standardization in terms of names and designs are a long way off.

Commercially available batteries have been around for a long time. The National Carbon Company (NCC) was founded in Cleveland, Ohio in 1886, and in 1896 the company became the first to market a battery intended for widespread consumer use. The “Columbia” was a paper-lined, six-inch, 1.5 volt cylindrical sealed dry cell. It was quickly followed in 1898 by the first 1.5 volt D cell battery with a nominal diameter of 1.3 inches (33.2 mm) and an overall length of 2.42 inches (61.5 mm).

Batteries are generally divided into two categories. Primary batteries are not rechargeable and are purchased for one use and then discarded or, hopefully, recycled. Secondary batteries are designed to be recharged and can be used over a much longer period of time, as long as they aren’t damaged by overcharging or neglect of required maintenance.

Batteries can be made up of single cells (many primary batteries are), or groups of cells. The voltage at the terminals of a battery cell depends on the chemicals and materials used in its construction. For example, primary alkaline batteries have a nominal voltage of 1.5 volts. Rechargeable NiCd (nickel-cadmium) and NiMH (nickel-metal hydride) batteries have a nominal output of 1.25 volts per cell, so equipment designed for use with alkaline batteries may not operate properly at the lower voltage. Cells may be combined in a single battery casing to build higher voltages than a single cell might provide.

It is reasonable to assume that as long as batteries have been around, they would be rigidly standardized by now. This is not the case. Individual companies have used trade names and determined what batteries would be called long before international efforts to standardize batteries started.

Take, for example, the AA size battery that is commonly used in household electronics, flashlights (penlights), and a variety of portable electronic devices. It was introduced in 1907 by The American Ever Ready Company and the AA battery size was standardized by the American National Standards Institute (ANSI) in 1947, despite having been in regular use for 40 years.

The International Electrotechnical Commission (IEC) of France calls the AA battery a size R6, while ANSI standards officially call it size 15. The Japanese Industrial Standard (JIS) refers to it as the UM-3 and it is known as D14 (standard cell) or HP7 (for zinc chloride 'high power' version) in official documentation in the United Kingdom.

It doesn’t end there. AA-size cells are available in a variety of primary and secondary (rechargeable) chemistries, and although they are similar in size, they may or may not be interchangeable for different applications. There are, primary zinc-carbon dry cell general-purpose batteries, zinc-chloride heavy-duty batteries, and alkaline batteries, which create electricity from the reaction between zinc metal and manganese dioxide, all produce 1.5 volts, but hold different charge amounts. This allows electronics powered with alkaline AA cells for example to operate longer than those powered with general-purpose cells. AA-size alkaline batteries, by the way, are called LR06 by IEC and AM-3 by JIS.

What’s in a Name?

There’s more. Rechargeable batteries in the AA size are available with a variety of different chemistries. Nickel-cadmium (NiCd) and nickel-metal hydride (NiMH) both have nominal voltages of 1.2 volts, so may not operate equipment designed for 1.5 volts. Lithium-ion cells, which have the same dimensions, have a nominal voltage of 3.6–3.7 volts, which could be damaging if used in equipment designed for lower voltage. Lithium-ion batteries in this size are referred to by ANSI as 14500 rather than AA.

Although this hodgepodge of naming schemes and battery chemistries is confusing, there has been a concerted effort over several decades, primarily through ANSI and IEC to find common ground. Battery sizes that have been around for more than a century (like the D-cell or AA) aren’t likely to change anytime soon, but newer designs, particularly the latest lithium-ion cells used in portable electronics or even electric vehicles (EVs), have well agreed-upon designations. Bureaucracy moves slowly, especially when international agreements are involved, so look carefully at battery packaging to make sure you know what you are buying.