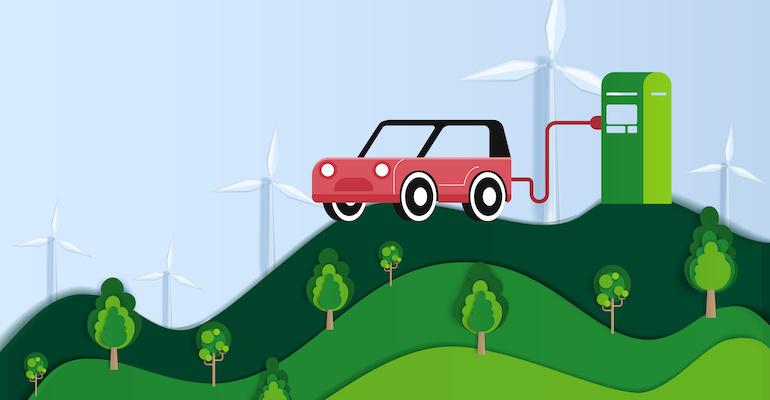 EDITORIAL: With the arrival of this Earth Day 2021, we recognize that the key to a healthy future for our planet may lie with better batteries.

Humans are not always very good at seeing the bigger picture. At Battery Technology we enjoy the challenges of focusing down on anodes, cathodes, and electrolytes in the search for energy storage devices that have the promise to fundamentally change our personal and medical devices, transportation systems, and electrical power grids. But while searching for ways to suppress dendrite growth or to develop better flow batteries, we can find it easy to forget that the reason why batteries are needed is to change away from our current way of life using fossil-fuel transportation and power systems that are devastating our planet.

Related: 11 Pickup Trucks That Promise to Take the Electric Vehicle Market By Storm

In 1970, Senator Gaylord Nelson from Wisconsin recognized the disastrous effects that oil spills, polluting factories, raw sewage, toxic dumps, pesticides, automobiles, power plants, and the loss of wilderness and habitat were having on the planet. The first Earth Day on April 22, 1970, enlisted support of Republicans and Democrats, rich and poor, people of all races, the old and the young, farmers and city dwellers, business and labor—and more than 20 million people (a tenth the US population at the time) celebrated. Legendary news reporter Walter Cronkite, in a CBS News Special Report, said, “The gravity of the message of Earth Day still came through: Act or die.”

We did act. By the end of 1970, the Environmental Protection Agency had been created and the National Environmental Education Act, The Occupational Safety and Health Act, and the Clean Air Act had all been passed. Two years later Congress passed the Clean Water Act, and a year after that the Endangered Species Act. Fifty years later, the air and water are much cleaner than they were in 1970, and the lives of millions of workers have benefitted from safer work environments. But a danger we were only dimly aware of 50 years ago now looms—the emissions of greenhouse gases (GHG) like carbon dioxide and methane, byproducts of the reliance on fossil fuels for energy and transportation for more than a century, are changing the climate of the planet and the chemistry of the Earth’s oceans.

At the beginning of April of this year the concentration of atmospheric carbon dioxide (CO2), measured at the Mauna Loa Observatory on the Big Island of Hawaii measured 421.1 parts per million (PPM), the first time in recorded human history that it had surged above 420 PPM. When the National Oceanic and Atmospheric Administration (NOAA) began collecting data at the Hawaii observatory in the 1950s, the CO2 concentration was around 315 PPM. As the concentration of GHG gases like CO2 increases in the atmosphere, more of the sun’s heat is trapped, causing an overall warming of the planet, forcing the oceans to absorb more CO2 and becoming more acetic, and creating potentially devastating climate changes.

The emission of vast amounts of CO2 comes with the combustion of fossil fuels. Coal, oil, and natural gas are fossil fuels that resulted from the geologic transformation of organic materials (primarily plants) over millions of years and under great pressure. The CO2 that was absorbed by the plants when they were living is stored in the form of fossil fuels and then released when the fuels are burned, adding huge amounts of CO2 to what were once the normal levels of GHGs in the atmosphere.

The goal is to reduce CO2 emissions by obtaining energy from renewable sources such as hydroelectric, wind, and solar. These renewable sources of energy are converted into electricity, which can be stored in grid-scale batteries when the sun isn’t shining or wind isn’t blowing, or onboard batteries on electric vehicles (EVs) to provide transportation without direct emissions of GHGs and other pollutants. 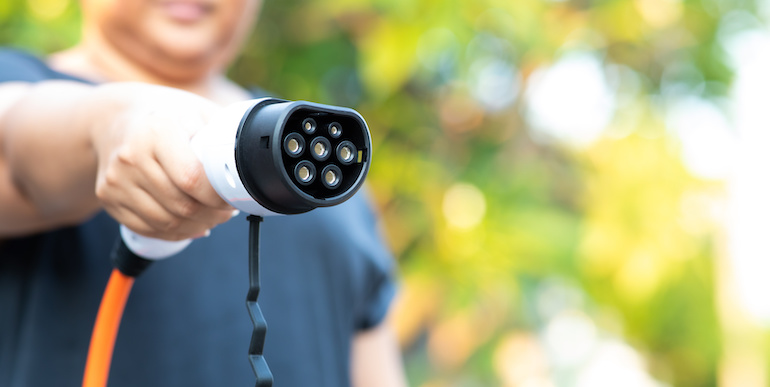 Batteries are the Key

The key to our future is the battery. At present one of the only viable large-scale commercial energy storage devices is the lithium-ion battery. Practical versions have been around for just over 20 years and today are finding application in everything from cell phones and personal electronics, to medical devices, to EVs, and on large scales to store renewable energy for power grids. Every week we at Battery Technology write stories about a host of innovations and new chemistries that are predicted to replace the lithium-ion battery and they have a host of problems that need solving, including raw materials sourcing and recycling. It would be foolish however to bet against lithium-ion batteries for at least the coming decade.

If we know the problem, namely climate change, and we have a solution in more renewable energy and electrification of our transportation system, and if we have the technology in lithium-ion batteries to bring about change, why is it taking so long? Have we forgotten Cronkite’s ominous 1970 proclamation to act or die? In 2019, 17 percent of electrical energy generation came from renewables, by 2030 it is expected to be 24 percent. Right now, EVs account for less than 2 percent of new car sales in the US. By 2030, that is expected to be around 20 percent in the US, and 28 percent worldwide. Perhaps we have begun to act, but it’s not enough.

It’s Up To All of Us

Maybe it comes back to our narrow focus and our inability or even lack of desire to see the bigger picture. It’s hard to imagine that leaving the lights on or driving a gasoline-powered vehicle to work each day is really making any difference. Margaret Mead told us, “Never doubt that a small group of thoughtful committed citizens can change the world: indeed, it's the only thing that ever has.” That’s what the original Earth Day in 1970 taught us, and every subsequent Earth Day continues to teach us.

How else can you help? If you work in the battery industry, even as you focus on those all-important details, keep in the back of your mind the bigger picture. You are a part of the solution, it’s up to you to make it work. We promise we will try our best to be part of the solution too—through timely and honest reporting on innovations and breakthroughs, as well as setbacks and challenges. We are advocates for battery solutions and technology and the brighter future they promise. Together we are changing the world. Happy Earth Day 2021!

Examining the Role of Electric Vehicles in China’s Airpocalypse
Feb 28, 2021