Big News! Lordstown Motors to Sell its Ohio Plant to Foxconn for $230 Million 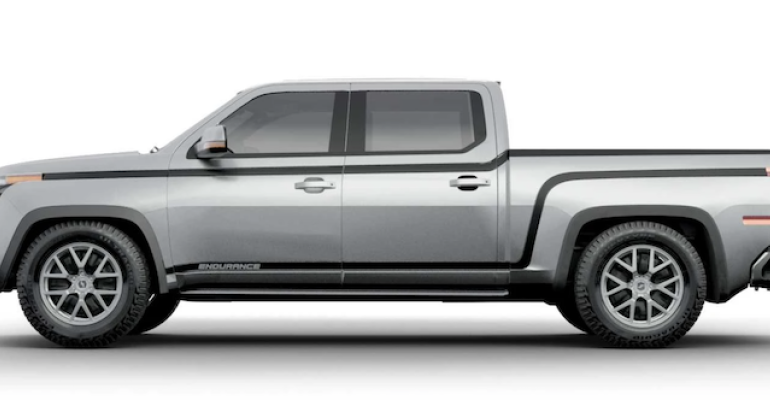 Ohio-based Lordstown Motors, whose electric pickup truck is scheduled for production and sales in 2022, but whose financial difficulties have been well-documented, has reached an agreement in principle to work jointly with iPhone manufacturer Foxconn on Lordstown Motors’ electric vehicle programs. Lordstown Motors owns the 6.2 million square foot production and assembly plant in Lordstown, Ohio that it purchased from General Motors in 2019 for a reported $20 million.

Foxconn, also known as the Hon Hai Technology Group, will purchase approximately $50 million of Lordstown Motors’ common stock directly from Lordstown Motors for $6.8983 per share, the average daily volume adjusted price over the past 15 trading days before the execution of the Agreement in Principle. Foxconn has agreed to retain these shares for a specified period.

Related: Looking for a State to Build a New EV Factory? Tennessee Volunteers!

According to a Lordstown Motors news release, the agreement between both companies will allow Lordstown Motors to leverage Foxconn’s technology and manufacturing expertise for the production of the Endurance electric pickup truck at its Ohio facility. The release states that the goal of the partnership is to present both Lordstown Motors and Foxconn with increased market opportunities in scalable electric vehicle (EV) production in North America.

The highlights of the agreement include:

Related: New for the New Year—5 Electric Pickups You Can Buy Next Year

Young Liu, Chairman of Hon Hai Technology Group, said in a news release, “We have high expectations through this partnership that we will be able to successfully integrate our resources with Lordstown Motors. In addition to achieving the goal of moving ahead our timeline to establish electric vehicle production capacity in North America, it also reflects Foxconn’s flexibility in providing design and production services for different EV customers. This mutually beneficial relationship is an important milestone for Foxconn’s EV business and our transformation strategy. I believe that the innovative design of the Endurance pickup truck, with its unique hub motors, delivers an advantageous user experience and has manufacturing efficiencies. It will undoubtedly thrive under our partnership and business model.”

Daniel Ninivaggi, Chief Executive Officer of Lordstown Motors Corp., said “We are excited about the prospect of joining forces with a world-class smart manufacturer like Foxconn and believe the relationship would provide operational, technology and supply chain benefits to our company and accelerate overall scaled vehicle production and increase employment in the Lordstown facility. The partnership would allow Lordstown Motors to take advantage of Foxconn’s extensive manufacturing expertise and cost-efficient supply chain, while freeing up Lordstown Motors to focus on bringing the Endurance to market, developing service offerings for our fleet customers and designing and developing innovative new vehicle models.”

The agreement with Foxconn could signal a new start for Lordstown Motors. The company’s top two executives resigned in June of this year after having misrepresented the number of “orders” on hand. The turmoil resulted in financial issues, although the company had claimed to have sufficient funding to stay in business until the second half of 2022.

Lordstown Motors' product is the Endurance EV pickup truck. It comes with wheel motors located in the hub of each wheel, giving all-wheel drive with 600-horsepower and an ability to control the torque at each wheel position. The range is expected to be 250 miles and the price starts at $55,000. Lordstown had said that it planned to start limited production at the end of September 2021, but that these trucks will not be for sale, at least initially. Before they could go on sale vehicle validation and regulatory approvals would need to be obtained during December 2021 through January 2022. At that point, the company planned to place some Endurance models with selected early customers before general commercial deliveries, probably sometime in the second quarter of 2022. How this schedule will change with an influx of Foxconn money is unknown.

According to the news release, the Lordstown, Ohio production facility would also help support Foxconn's partner and customer, Fisker Inc. as it works to bring a range of electric vehicles to market. Foxconn has been chasing a number of opportunities to join the ranks of EV makers and the Lordstown deal looks like it will finally move them into that select club.

Apple Supplier Foxconn Will Dive into the Competitive EV Market in 2023
Sep 20, 2021