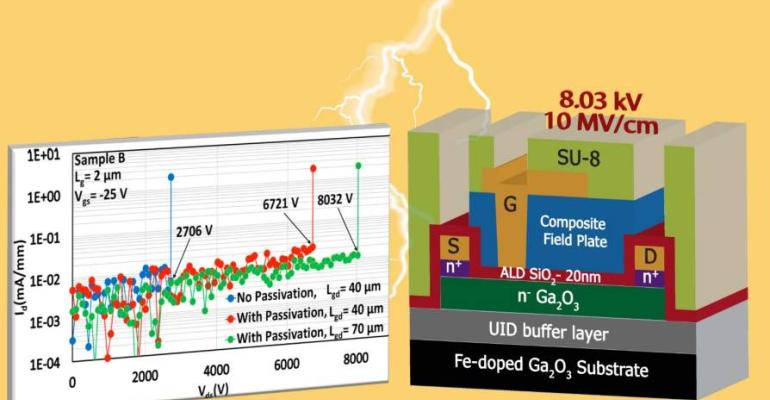 One of the limitations facing current electric vehicles (EVs) is that they can’t drive very long distances without recharging their batteries.

Now, researchers have created new transistor technology that could help reduce the bulk of batteries for EVs while also boosting the distance they can drive on one charge.

A team at the University at Buffalo developed the new gallium oxide-based electronic switch, which can handle more than 8,000 volts of electricity but is about as thin as a sheet of paper. 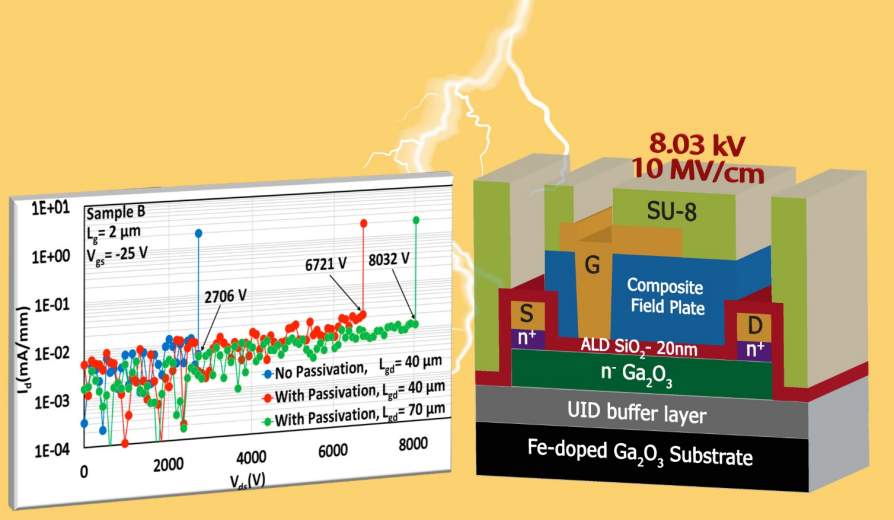 The transistor is one of the new form factors in the field of power electronics that researchers hope can help increase acceptance of vehicles that use electricity instead of fossil fuels for power, said Uttam Singisetti, associate professor of electrical engineering at the university, who led the research.

“To really push these technologies into the future, we need next-generation electronic components that can handle greater power loads without increasing the size of power electronics systems,” he said in a press statement.

The transistor developed by Singisetti and his team could pave the way for smaller and more efficient electronic systems to manage and convert electric power not just in EVs, but also in trains and airplanes, improving the distance that they can travel. It also could be used for power management in microgrid technologies and solid-state transformers.

Key to the design of the transistor is the use of the material gallium oxide, which researchers tapped due to its ultrawide bandgap, the measure of how much energy is required to jolt an electron into a state of conducting electricity.

Having a wide bandgap allows a material to be used in a thinner, lighter, and more robust power system that can handle more energy than materials with lower bandgaps, Singisetti said.

Gallium oxide’s bandgap is about 4.8 electron volts, making it an elite material in the field of those with ultrawide bandgaps, and thus a possible replacement for silicon carbide—which has a bandgap of 3.4 electron volts—in electronic-conductivity applications.

Key to achieving their results was an innovation in passivation, the chemical process that involves coating the device to reduce the chemical reactivity of its surface. For their transistor, they used a layer of an epoxy-based polymer, SU-8, which is commonly used in microelectronics.

In tests of the device before the COVID-19 pandemic temporarily shut down Singisetti’s lab in March, researchers found that using this coating enabled the transistor to handle 8,032 volts of electricity before breaking down.

“The higher the breakdown voltage, the more power a device can handle,” Singisetti said in a press statement. “The passivation layer is a simple, efficient and cost-effective way to boost the performance of gallium oxide transistors.”

Indeed, the volt limit of the transistor SU-8-coated transistor showed better performance than similarly designed devices comprised of silicon carbide or gallium nitride that are currently under development.

Researchers published a paper on their design in the journal IEEE Electron Device Letters.

Further simulations of the transistor in electronic applications demonstrated that it potentially has a field strength—or intensity of an electromagnetic wave in a given spot—of more than 10 million volts (or 10 megavolts) per centimeter.

This is what ultimately will determine its ability to significantly lower the weight while providing optimal power for EV and other electronic power systems, Singisetti said.

“These simulated field strengths are impressive,” he said in a press statement, adding, however, that his optimism is cautious because the results would “still need to be verified by direct experimental measurements.”