Closing the Gaps with Battery-Operated IoT 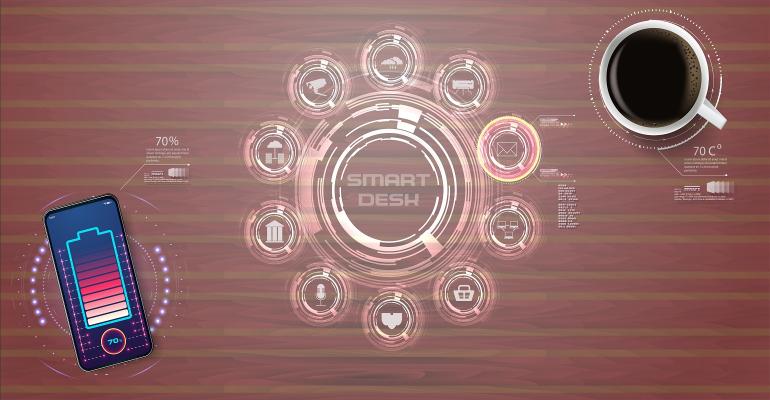 A tiny battery-operated WiFi device connects devices to the Internet—making the Internet of Things (IoT) simpler.

The world is getting closer and closer to a state of complete interconnection. Every once in a while, however, a gap is identified that must be filled before further progress can be made. That’s the idea behind Cricket, a battery-operated IoT (Internet of Things) WiFi module created by a British company called Things on Edge.

The Cricket device came about from a rather simple need. Sylwester Bala, Co-founder and CEO of the startup explains, “After fighting countless hours, weeks, and months making a simple WiFi doorbell button, which could be stuck anywhere to ring a phone, we were nowhere close to having a great end-user experience,” said Bala to Design News. “All we needed to speed up our development was a sort of ‘black box’ component to integrate it into our device which could automatically connect to internet services and rang a phone,” he added. The team wanted a device that could run on a battery for months or even years. “We looked up the internet and found there was no such battery-powered WiFi solution on the market. The power consumption of WiFi happened to be the main obstacle for WiFi-based IoT solutions,” he told us.

Things on Edge set themselves a challenge to develop a "product ready" connectivity technology for developers. They wanted a technology which was: 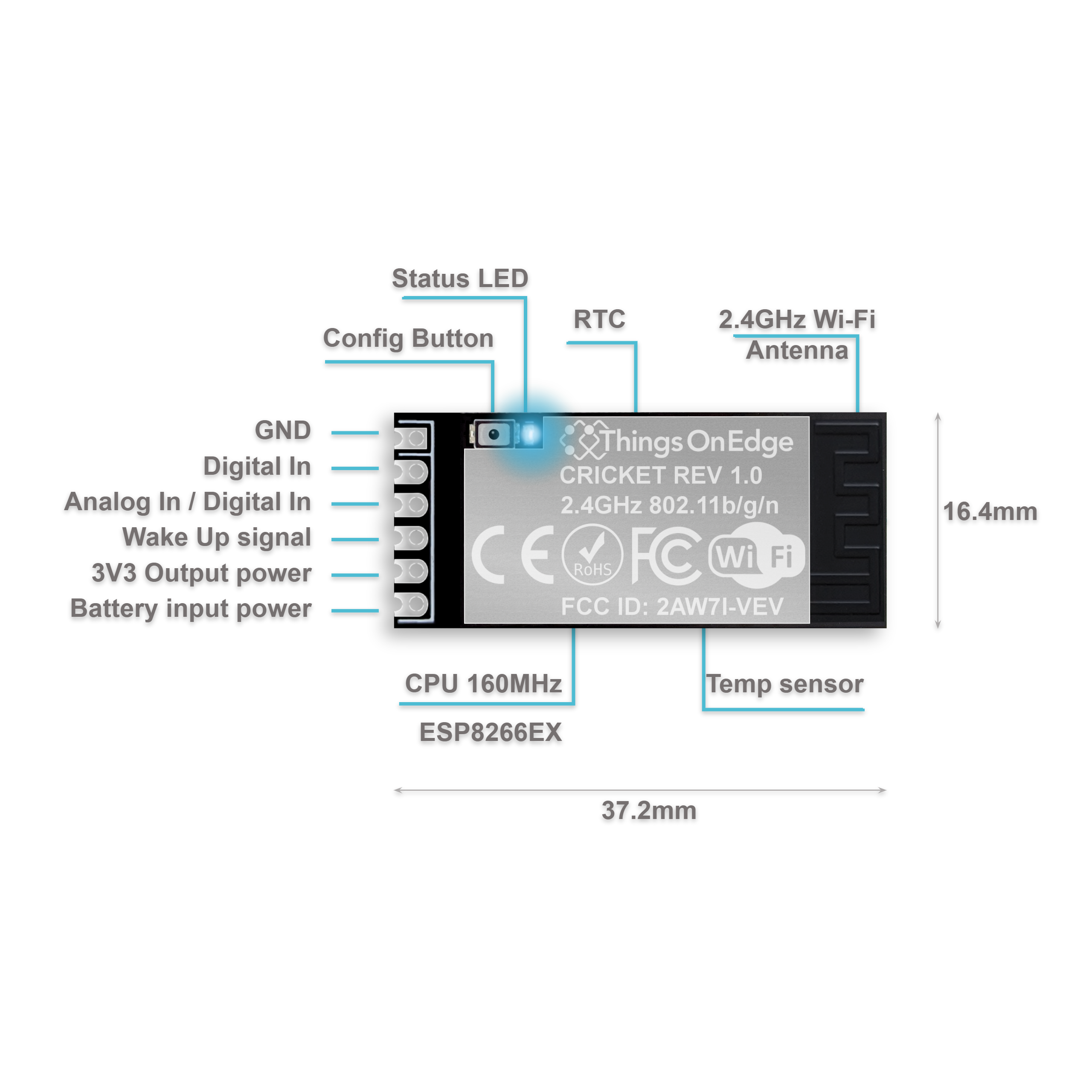 The Cricket is a low-cost, battery-operated, IoT (Internet of Things) WiFi module created by a British company called Things on Edge.

The result was IOT Cricket, a small form factor WiFi module, which can be directly powered on AAA, AA, or a variety of other batteries for a long time and that is very easy to use. Developers can not only build IOT buttons but also a wide range of other IoT end-node sensors.

Cricket reports raw data as-is from sensors, it doesn't require calibration. The range and bias can be adjusted and manipulated in the digital domain at a variety of levels including cloud, server, client devices, mobile app, etc. Most domestic sensors don't require calibration and they work out of the box with IoT Cricket. The WiFi router sees Cricket as another yet WiFi device in a network similar to a laptop, phone, TV, etc.

The device is built in the UK, and ships worldwide including the US. It has passed certifications like RoHS 3, CE, and FCC which make Cricket compliant in most markets.

What’s next for Things on Edge? “We aim to release new products on a yearly cadence,” Bala told Battery Technology.  “For the next 12 months, our focus is to enable as many use cases as possible with the recently released Cricket hardware version. Cricket has gone through many iterations and now we are confident that it can serve a lot of use cases. Though there is room for further software improvements, we will be releasing FW [firmware]updates moving forward on a more regular basis,” he said. Bala also has shorter-term projects. “In the short-term, we also are going to launch HW [hardware] peripheral(s) which can be attached to Cricket to support even more use cases. One of the peripherals which is awaited by developers is a pulse generator, which we are aiming at mid-Q1'21,” Bala told us.