COP26: Why Are Batteries Not Included? 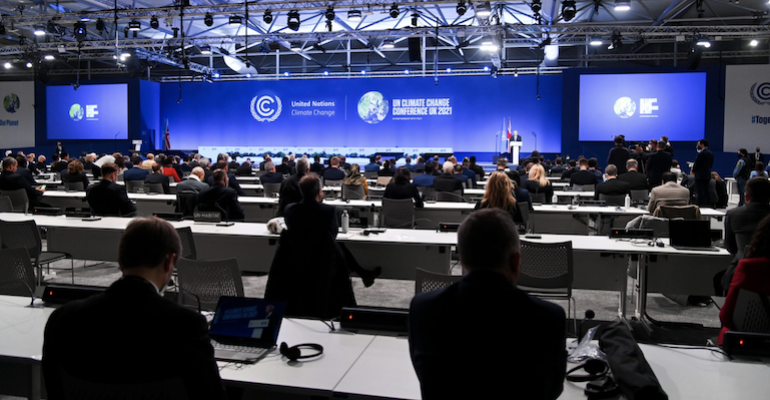 ANALYSIS: Tackling climate change is the reason we are looking at batteries for transportation and grid storage—At the World’s biggest climate change conference shouldn’t we be talking about them a bit more?

World leaders, politicians, CEOs, entertainers, entrepreneurs, philosophers, philanthropists, activists, and students. All were there and had something to say at COP 26, the United Nations climate change conference in Glasgow, Scotland in early November 2021. COP26 is the 26th meeting of the “Conference of the Parties” and dates back to a United Nations treaty that was agreed to in 1994.  The COP26 summit brought together this disparate group, each with its own agenda, to “accelerate action towards the goals of the Paris Agreement and the UN Framework Convention on Climate Change.” It seems a messy way to save the planet.

There was actual progress in the first couple of days. There was an initiative to rein in deforestation and one to reduce the production and leakage of methane, a greenhouse gas (GHG) that is ten times more powerful than carbon dioxide (CO2) at warming the atmosphere. The was the "Green Grids Initiative" that proposes to interconnect continents, countries, and communities to renewable sources of power, and to ensure no one is left without access to clean energy. And there was talk of hydrogen. Lots of hydrogen.

Globally, transportation accounts for 23 percent of GHG emissions, so there is no surprise that decarbonizing the transportation sector is one of the four key targets of COP26. No surprise that electric vehicles (EVs) are seen as being among the most promising paths to keep the planet on a trajectory to remain below 2°C of global temperature rise ( compared to pre-industrial times) before the end of this century. Yet for all of the promises of electrifying the entire transportation system—including personal cars, delivery and heavy trucks, buses, boats, ships, and aircraft—the batteries that will be needed to accomplish this goal received little or no thought or discussion.

At Battery Technology we think about batteries all the time. Beyond powering our cell phones, digital devices, and entertainment, we understand and embrace that energy storage is the key to the reduction of GHGs in the transportation sector and also allow the practical use of intermittent renewable forms of energy such as wind and solar. Without energy storage, none of this works.

The Scale of the Problem

The scale of the challenge is daunting. Thus far, with only 2 percent of vehicles sold in the US battery electrics (BEVs), the demand for battery raw materials like lithium, nickel, cobalt, and carbon graphite, along with the rare earth elements needed for electric drive motors has been tricky but manageable. EVs are expected to account for 11 percent of global vehicle sales by 2025, and 23 percent by 2030—vastly increasing the demand for the necessary materials.

There is a problem, however. To maintain the pathway to 2°C set out in the UN agreement will require EVs to account for three-quarters of all new vehicle sales by 2030. A new lithium mine takes at least five years to get up and running. Almost all of the capacity to turn raw materials into battery-ready materials is in China and is already nearing its limits. Building a new battery Gigafactory is a six-year process. Even with an aggressive goal of 25 percent EVs by 2030, transportation’s ability to help limit climate change to 2°C is going to fall behind.

On the positive side, carmakers and battery manufacturers are putting huge effort into building a circular economy around EVs. By examining every step of the process, from raw materials extraction and processing, to transportation, to making vehicles and battery packs, to charging and operation, to accounting for manufacturing scrap, to finally recycling the batteries and optimizing each step to reduce GHG emissions and harmful pollution the industry is transforming itself into a much cleaner more responsible enterprise.

What about hydrogen? It seems so promising and, judging from the COP26 presentations, provides an answer for nearly every problem. If only it were so simple. First, it’s important to understand that the hydrogen that holds out such promise is “green” hydrogen. This is produced by passing electricity through water, breaking it down into hydrogen and oxygen. Later, the hydrogen can be recombined with oxygen from the air to produce electricity and water vapor. As long as the electricity used to pull apart the water to start with comes from a clean renewable source like wind or solar, green hydrogen effectively produces no greenhouse gasses.

Today, green hydrogen production accounts for less than 0.1 percent of global hydrogen production (about 40,000 tons). The rest is gray hydrogen (more than 87 million tons) that is created during the refining of fossil fuels, a process that emits large quantities of CO2. A third category, called “blue” hydrogen is produced from the refining of fossil fuels but promises to capture and store (indefinitely) the CO2 that is produced using a process that is not yet available or even well-defined.

Here is the thing. Using electricity to convert water to hydrogen, compressing it, transporting it, and using it in a relatively inefficient fuel cell to produce electricity to power an electric vehicle is much less efficient (roughly half or less) than storing the electricity in a battery on the EV. Instead of transporting the hydrogen to specially equipped filling stations, you can get the same electricity that was used to create, transport, pump, and reconvert hydrogen from an outlet in your home and use it to charge your EV batteries. 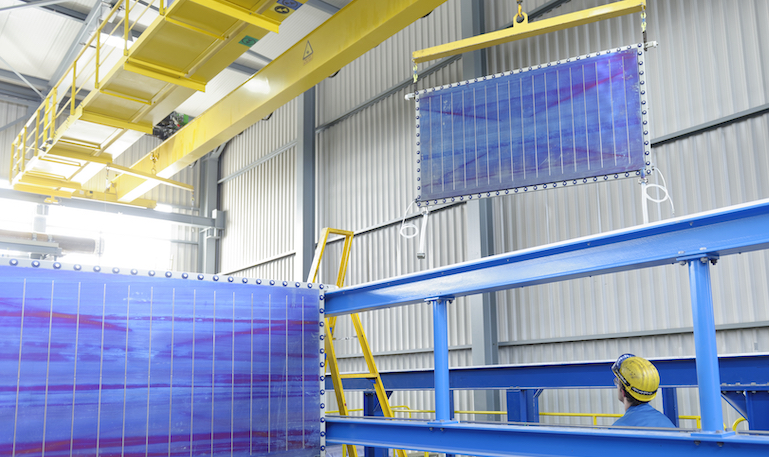 The Real Use for Green Hydrogen

There is another issue. Steel. Right now the chemical reduction of iron ore takes place with a reducing gas produced from natural gas or coal. ThyssenKrupp, one of Europe’s largest steel producers is looking at using hydrogen to reduce iron ore and decarbonize its production. For this to work will require green hydrogen and lots of it. “The transformation will require vast, vast amounts of green hydrogen,” said Martina Merz, ThyssenKrupp CEO during a COP26 session. “720,000 tons are necessary every year, only for our steel production,” she added. Thyssen’s plant is just one of 20 full-scale green steel plants that are under development worldwide to be operational by 2030. The production of green hydrogen is coming, but most likely for the decarbonized production of steel and not as a primary transportation fuel for road vehicles. Ideally, you could make the hydrogen by electrolysis of water using renewable energy and do it nearby your steel mill.

Does COP26 provide any hope? Yes, from two distinctly human sources. In Sir David Attenborough’s address to the delegates, he said, “If working apart we are a force powerful enough to destabilize our planet, then surely working together we are powerful enough to save it.” Coordination and teamwork, even among competitors was one thing that was repeatedly stressed in COP26 presentations. The idea that “We are all in this together” seems to have taken hold…

Perhaps even more significant has been the direct involvement and often critical attitude of young people in the UN COP26 process. It is their planet that our society has systematically destabilized over the past 150 years and now we are leaving much of the heavy lifting to fix it to them. They seem more than willing to do so, provided we stop all the talking and start acting, before its too late. Either that or they want us to get out of the way so that they can get to work. Unfortunately, the clock is ticking and too many involved parties have their own interests first and foremost.

This urgency and need to see things differently was summed up by Attenborough with his statement, ”Is this how the story is due to end? A tale of the smartest species doomed by that all too human characteristic of failing to see the bigger picture in pursuit of short term goals.”

COP26 is not even halfway through—it will be interesting to see how the tale will end.

The views expressed here are those of the author and do not represent the official position of Informa or its subsidiaries.

This Novel Device Produces Hydrogen Fuel and Generates Electricity In One Unit
Oct 18, 2021