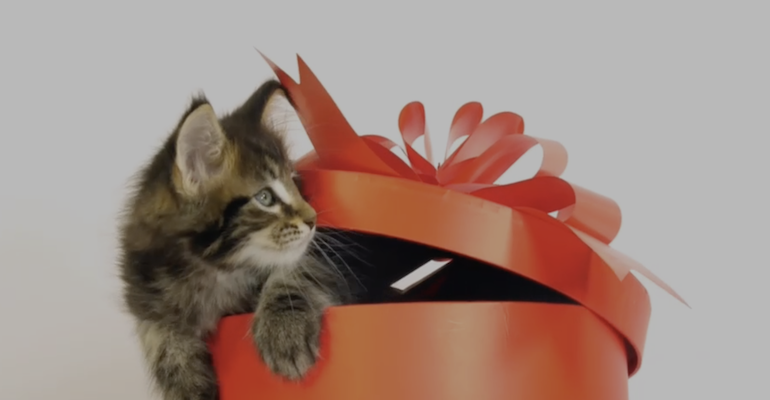 The Internet domain name Batteries.com will be auctioned to the highest bidder on Christmas Day.

Well, it has finally happened. Cute kittens and fuzzy animals are being used to sell batteries. Not the actual electrochemical devices that store electrical energy, but rather the Internet domain name Batteries.com.

Industry-defining single-name domains are considered “category-killers” among online marketing experts. Domains that provide a clear and easily memorable connection dominate online searches and can provide a significant competitive advantage when building a brand or increasing sales. Some single-name domains are worth big money. Voice.com sold for $30 million in 2019, We.com went for $8 million in 2015, and Whiskey.com went for just over $3 million in 2014. Dozens of others like Nursing.com, Great.com, and Purple.com have sold for hundreds of thousands of dollars.

Related: We Want One! The 1960's Classic Mini Moke Finds New Life as a Bespoke EV

Batteries.com will be sold to the highest bidder through a private auction process – with the winner being informed of their status as the domain's new owner on December 25th, 2021.

The deadline for written bids to be received via Federal Express will be Tuesday, December 21st. Auction details can be found at WelcomeToBatteries.com.

"Batteries.com is indeed a rarity," said Karine Kugler, CEO of The Three Marketers in a news release. "With the emerging competition and explosive growth in batteries, this domain's inherent value proposition for a buyer is clear: an Internet address as distinct and easily located as the Louvre in Paris," she said.

Where do the kittens, puppies, and bunnies come in? Selling the Batteries.com domain name is being done using short videos on the Batteries.com website. “Cats” is one of the most searched-for terms on the Internet, driving perhaps 15% of all web traffic. YouTube videos starring cats and kittens account for more than 26 billion views, this makes the site’s single most popular category. Batteries.com is live in a pre-launch format and the site's simple ad campaign *Batteries not included which includes kitten, puppy, and bunny videos has “charmed millions and continues to raise the domain's profile.”

Because the battery industry is expected to triple in size by 2027 the winning bidder for Batteries.com “stands to gain a significant competitive advantage for their brand and products, with the potential to be dominant in one of the world's fastest-growing industries.”

The auction for Batteries.com could result in the domain being sold for millions of dollars. It is being organized by Peter D. Johnston, who is described as “an international advisor to companies, governments, and high net worth individuals.” Official service providers for the auction process include San Francisco-based Escrow.com.

Having the auction end on Christmas Day? It gives the same kind of warm and fuzzy feeling we get from the kittens on the website. Internet marketing all the way…

Now, if you want to see the kitten and bunny videos click here. Yes, they are adorable!