Do EV Owners Really Want Ford to Remind Them of the Smell of Gasoline? 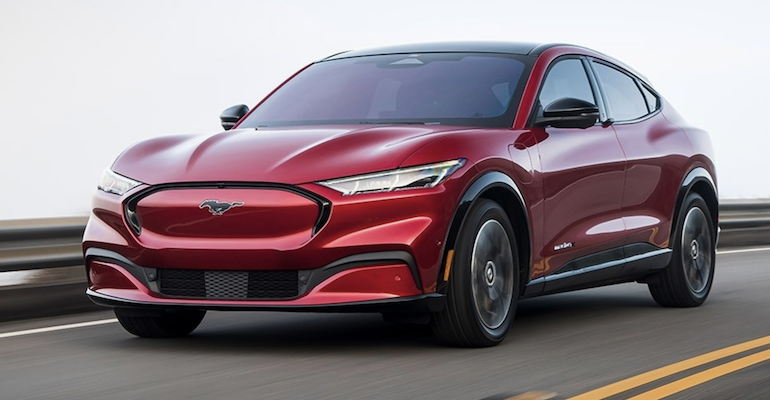 What would you miss most if you changed from a gasoline-powered vehicle to an electric vehicle (EV)? According to a survey by Ford, 20 percent of drivers would miss the smell of gasoline most—almost 70 percent said that they would miss that distinctive smell to some extent. Ford’s solution? A fragrance in a bottle whose scent reminds drivers of the odor of gasoline. No. Really.

Ford introduced the “Mach-Eau” fragrance at the Goodwood Festival of Speed in the UK. Mach-Eau is a play on the Mustang Mach-E name of Ford’s latest EV offering. It was created by renowned fragrance consultancy, Olfiction, with ingredients that creates a high-end fragrance that “fuses smoky accords, aspects of rubber and even an ‘animal’ element to give a nod to the Mustang heritage.”

According to a Ford news release, Pia Long, an Associate Perfumer in the British Society of Perfumers, who has worked creating fragrances for some of the most famous perfume brands was instrumental in its inception. Her starting point was to look into the chemicals that “are emitted from car interiors, engines and petrol. This included benzaldehyde, which is an almond-like scent given off by car interiors, and para-cresol which is key in creating the rubbery scent of tires.” They were blended with ingredients “like blue ginger, lavender, geranium and sandalwood that added metallic, smoky and further rubbery accents. An ‘animal’ element was also included, giving an impression of horses to underline the Mustang heritage.”

“Judging by our survey findings, the sensory appeal of petrol cars is still something drivers are reluctant to give up,” said Jay Ward, director, Ford of Europe Product Communications. “The Mach Eau fragrance is designed to give them a hint of that fuel-fragrance they still crave. It should linger long enough for the GT’s performance to make any other doubts vaporize too,” he added.

According to Ford, the scent, which is not available to buy, “is part of Ford’s ongoing mission to help dispel myths around electric cars and convince traditional car enthusiasts of the potential of electric vehicles.”