Electric Buses Are Growing in the US 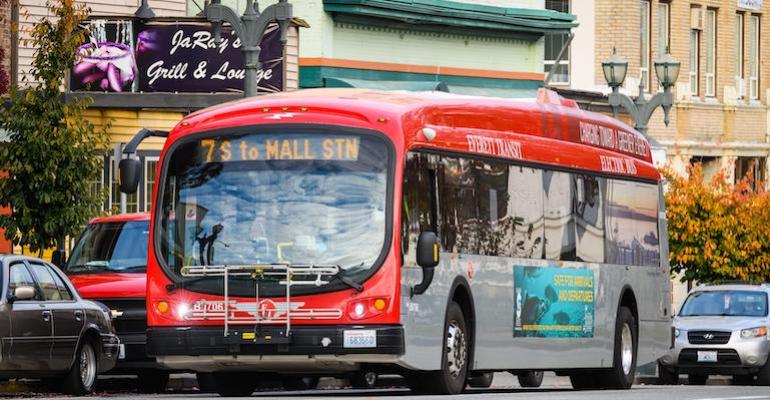 CALSTART report shows 27 percent growth in full-size Zero-Emission Buses in the US since 2020.

CALSTART, the national non-profit transportation consortium has published its annual inventory of zero-emission buses, (ZEBs) "Zeroing in on ZEBs," providing insight on the current state of ZEBs in the US. Full-size ZEBs have grown to 3,533 buses nationally, an increase of 27% since the 2020 survey. The report notes that most ZEB fleets are small, with ten or fewer buses—coming funding will be instrumental in scaling fleets. The study has been published ahead of $5.25 billion in Infrastructure Investment and Jobs Act funding through the Federal Transit Administration's Low-No Program that will take place in 2022.

California leads in the deployment of full-size ZEBs, with New York and Washington second and third in the totals by state. This year's report also includes a breakdown of full-size and small buses—small ZEB deployment increased by 51%.

Related: Will Electric School Buses Cultivate the Next Generation of EV Drivers?

"Early adopters such as large transit agencies in California, New York, Florida, Kentucky, and Oregon continue to lead, but still are not at scale," said Jared Schnader, director of Bus Programs at CALSTART in a news release. "Smaller transit agencies and regions that are not familiar with zero-emission technologies need additional resources and effort to begin their transition."

Here are some of the additional  key takeaways from the CALSTART news release:

According to CALSTART, “ ’Zeroing in on ZEBs’ is based on data gathered primarily through local, state, and federal award documents, press releases, phone interviews, and validated via sales information from bus manufacturers. As there is no centralized accounting of ZEBs, and transit agency plans for adoption can shift and/or be delayed, it is important to note that figures contained in the report should not be considered static.”