Examining the Role of Electric Vehicles in China’s Airpocalypse 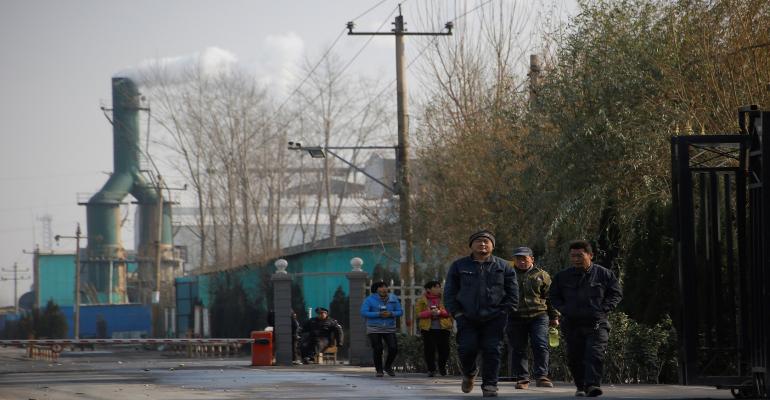 Electric vehicles can reduce both greenhouse gas emissions and deaths caused by air pollution—by how much depends on the fossil fuel makeup of the power grid.

Electric vehicles hold out great hope for the reduction of greenhouse gas (GHG) emissions (primarily CO2) and reduction of air pollution. China has pushed electrification harder than any other country as each year an estimated 1.2 million Chinese citizens die prematurely due to poor air quality. China's transportation sector contributes about 9% of its total CO2 emissions and is responsible for 100,000+ annual air pollution related premature deaths. China’s hope is that battery EVs can be counted on to remove on‐road CO2 and tailpipe pollution, however, the electricity demands to power these EVs increase emissions from fossil fuel‐based (primarily coal and natural gas) power plants, which comprise 63% of China's power grid. Until now, it’s not been clear to what extent EVs can reduce pollution, particularly in big cities and during extreme air pollution episodes.

A group at Northwestern University set out to find out how helpful EVs are in reducing China’s unhealthy pollution.

“A significant fraction of China’s electricity is currently sourced from the burning of coal, which is a very carbon-intensive power source,” said Jordan Schnell, in a Northwestern University press release.

The researchers combined chemistry-climate modeling with emissions, weather, and public health data and examined the air quality and climate benefits of light-duty and heavy-duty electric vehicle adoption. They decided to specifically examine the meteorological conditions from the notorious Airpocalypse event that took place in China in January 2013.

During the January 2013 episode, a poisonous pollution cloud covered much of China, including the major population centers of Beijing, Tianjin, and Hebei. Exposure to the record-high levels of fine particulate matter and nitrogen dioxide increased pollution-related respiratory diseases, heart disease, and stroke, which researchers have estimated led to approximately 32,000 premature deaths and $14.7 billion in health care costs. Most previous EV air quality studies have focused on long-term chronic exposure to vehicle pollution, but the Northwestern study focused on the acute public health impacts of this short, but extremely hazardous, pollution event.

In one model simulation, the Northwestern researchers replaced roughly 40% of China’s heavy-duty vehicles (such as construction equipment, long-haul trucks, and buses) with electrified versions. In an alternative scenario, they simulated the replacement of roughly 40% of China’s light-duty vehicles with battery electric vehicles. It should be noted that the energy needed to charge the EV batteries was equivalent in both scenarios and in both cases, all of the electrical energy needed to charge the vehicles were sourced from power-generation facilities on the grid. Emissions of greenhouse gases and air pollutants were determined according to the battery-charging load and power plant profile.

The research team found that “…electrifying 40% of heavy-duty vehicles consistently improved air quality —avoiding up to 562 premature deaths. It did not, however, reduce greenhouse gas emissions. Light-duty EV adoption, on the other hand, reduced carbon dioxide emissions by 2 megatons but had more modest air quality benefits.”

“When the coal-heavy power is used to charge light-duty vehicles, carbon emissions are reduced because of the efficiency of light-duty EVs. Heavy-duty electric vehicles require significantly more energy, so we see a net increase in carbon dioxide emissions,” Schnell noted. “However, even when heavy-duty vehicle power is sourced entirely by coal-fired electricity, we still see air quality improvements because the on-road emission reductions outweigh what the power plants add. Fine particulate matter emissions, which are a main ingredient in haze, are reduced.”

“Overall, we found that EV-induced pollution changes and avoided premature deaths were modest for the extreme event,” Schnell said. “But air quality will improve more drastically as the power-generation sector moves away from fossil fuel-fired electricity.”

Not surprisingly, renewable energy is the key to increasing the benefits of the electrification of both light-duty and heavy-duty vehicles.  “We find that to achieve net co-benefits from heavy-duty EV adoption, the real sticking point in China’s infrastructure lies in its power-generation sector. Greater adoption of emission-free renewable power generation is needed,” said Northwestern’s Daniel Horton. “For light-duty vehicles, the co-benefits are already there under the current infrastructure.”