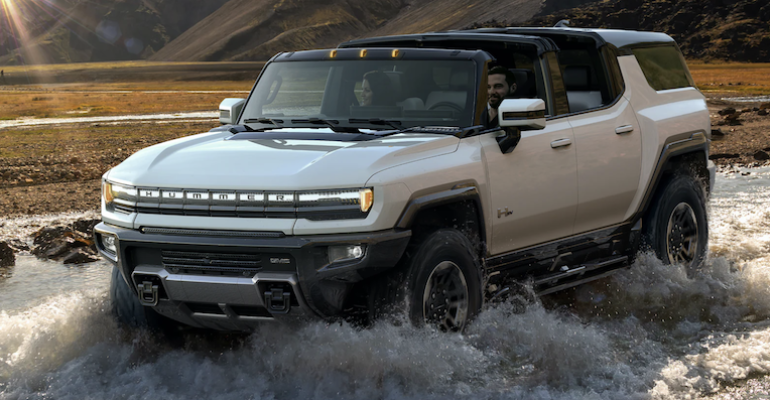 GMC Hummer EV
GM’s new plan aims to ensure that the company leads all aspects of a transformation to sustainable electrification of transportation.

In March 2020, General Motors announced a commitment to invest $20 billion from 2020 through 2025, to accelerate its transition to electric vehicles (EVs) and autonomous vehicles (AVs). In November 2020, the company increased its planned investment over the same period to $27 billion. In June 2021, GM said it will increase its EV and AV investments from 2020 through 2025 to $35 billion, representing a 75 percent increase from its initial commitment announced before the pandemic.

"We are investing aggressively in a comprehensive and highly-integrated plan to make sure that GM leads in all aspects of the transformation to a more sustainable future," said GM Chair and CEO Mary Barra. "GM is targeting annual global EV sales of more than 1 million by 2025, and we are increasing our investment to scale faster because we see momentum building in the United States for electrification, along with customer demand for our product portfolio."

GM's additional investments and new collaborations are far-reaching and designed to create even greater competitive advantages for the company. As outlined in a GM news release they include:

"There is a strong and growing conviction among our employees, customers, dealers, suppliers, unions and investors, as well as policymakers, that electric vehicles and self-driving technology are the keys to a cleaner, safer world for all," Barra said.