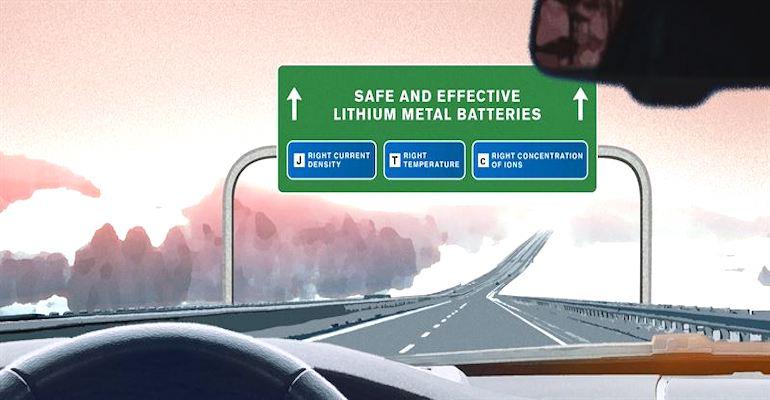 Different factors control how the lithium metal plates onto the anode during charging, including current density, temperature, and concentration of ions in the electrolyte. An international team has established guidelines.
An international team has established a series of guidelines to aid in the development of higher-power, next-generation lithium metal batteries.

Lithium-ion batteries operate through the motion of positively charged lithium ions through an electrolyte between a negative electrode (anode) and a positive electrode (cathode). In present-day commercial lithium-ion batteries, the anode is typically made up of carbon graphite sheets that store lithium ions in their structure during charging via a process called intercalation. When the battery is discharging during use, the lithium ions travel out of the graphite anode, through the electrolyte, and into the cathode, which is typically made from a metal oxide.

Rather than using the graphite anode, a thin foil of lithium metal can be used as the anode to provide lithium ions at a much higher rate during discharge than available from a graphite electrode. The result can be between 3 and 5 times the current level of energy density. When charging a lithium-ion with a metal anode, however, spikey crystals of lithium, called dendrites can form and they can grow large enough to bridge across to the cathode and short out the battery and potentially causing a fire.

“Short-circuiting in lithium metal batteries usually occurs due to the metal depositing unevenly during the charging cycle and the formation of dendrites on the anode. These protruding needles cause the anode and the cathode to come into direct contact with one another, so preventing their formation is therefore crucial. Our guidance can now contribute to this,” said researcher Shizhao Xiong at the Department of Physics at the Chalmers University of Technology in Sweden in a press release.

Different factors control how the lithium metal plates onto the anode during charging. The structure of the lithium and the potential formation of dendrite crystals is mainly affected by the current density, temperature, and concentration of ions in the electrolyte. 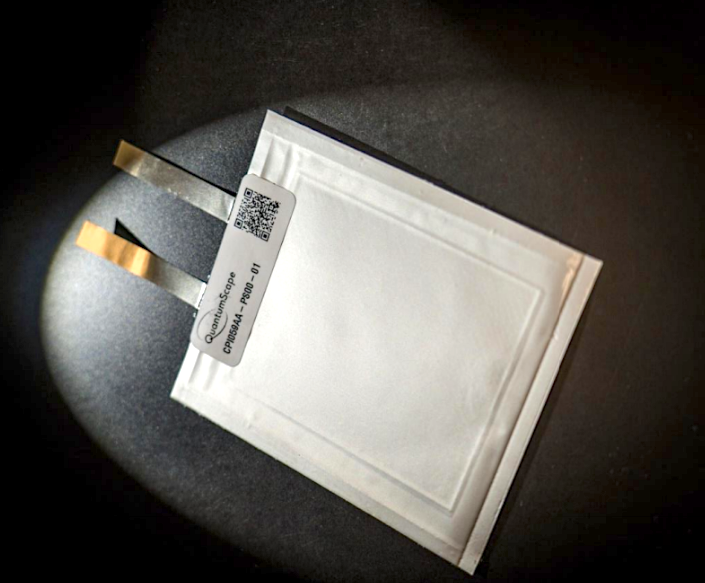 QuantumScape’s lithium metal pouch cell is showing potential for the next generation of lithium batteries.

Researchers from the Chalmers University of Technology, together with colleagues in Russia, China, and Korea, have worked together to present guidelines for using the lithium metal optimally and safely. The international research, which is based in Sweden is funded by FORMAS, STINT, the EU, and Chalmers. The researchers used simulations and experiments to determine how the charge can be optimized based on these parameters. The purpose is to develop the conditions required to create a dense, ideal structure on the lithium metal anode.

“Getting the ions in the electrolyte to arrange themselves exactly right when they become lithium atoms during charging is a difficult challenge. Our new knowledge about how to control the process under different conditions can contribute to safer and more efficient lithium metal batteries,” says Professor Aleksandar Matic from Chalmers’ Department of Physics.

Several battery concepts use lithium metal anodes and look promising to eventually replace today's graphite-anode lithium-ion batteries. Lithium-sulfur and lithium-air batteries are often mentioned as ways to dramatically increase battery performance and increase electric vehicle (EV) range. Researchers worldwide are looking at sold or semi-solid electrolytes that would suppress the growth of dendrites and allow the use of lithium metal anodes, but no large scale commercialization has yet been achieved.

One company that might be getting close is QuantumScape. Its team of scientists has worked over the past decade to create solid-state batteries with lithium-metal anodes. In its patented process, an anode of pure metallic lithium is formed in situ when the finished cell is charged, rather than when the cell is produced. This architecture delivers high energy density while enabling lower material costs and simplified manufacturing.

“Lithium-ion provided an important stepping-stone to power the first generation of EVs. We believe QuantumScape’s lithium-metal solid-state battery technology opens the automotive industry up to the next generation battery and creates a foundation for the transition to a more fully electrified automotive fleet,” said Jagdeep Singh, founder & CEO of QuantumScape in a company press release.