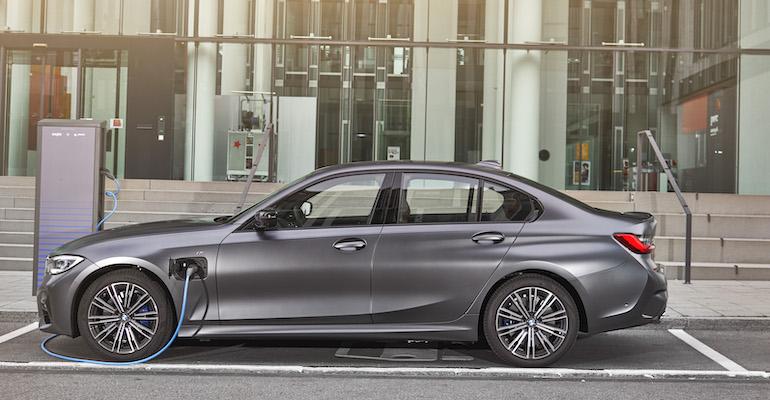 Start Slideshow ›
BMW 330e
Not everybody wants an SUV or a crossover—some people still want a traditional sedan or sports car in their lives. The plug-in hybrid part is icing on the cake!

US carmakers are winding down the availability of traditional sedans in their product lineups in favor of pickup trucks, sport utility vehicles (SUVs), and crossover sport utility vehicles (CUVs). They have left the traditional sedan and coupe market segment largely to European manufacturers, who, with a smattering of Japanese and Korean makers, continue to embrace the idea that not every vehicle on the highway needs to be a big box on wheels.

Not only that, but they are also adding plug-in hybrid technology to enhance fuel economy and reduce operating costs. By combining an electric motor with the gasoline engine it is possible to collect the energy wasted during slowing down and braking and reapplying it during acceleration to improve both performance and fuel economy. Taking this one step further, a small or medium-sized battery pack can be charged at home, the so-called Plug-in Hybrid Electric Vehicle, (or PHEV) provides a level of electric vehicle operation before the normal hybrid mode kicks in.

For some people, the traditional sedan, with its agile handling and manageable size is still the type of vehicle they want to own. Making it a PHEV just adds icing on the cake.  Here are 14 plug-in hybrid vehicles that are available for 2022 that range in price from just over $27,000 to over a cool half a million. Okay, that last one is a Ferrari, but it is worth noting that PHEV systems are more likely to show up on pricey luxury sedans. We have listed them from least expensive to most expensive and also included the EPA fuel economy rating and the distance that they can travel in EV mode only.

BONUS: Look at Slide 15 For a Peek into the Future!