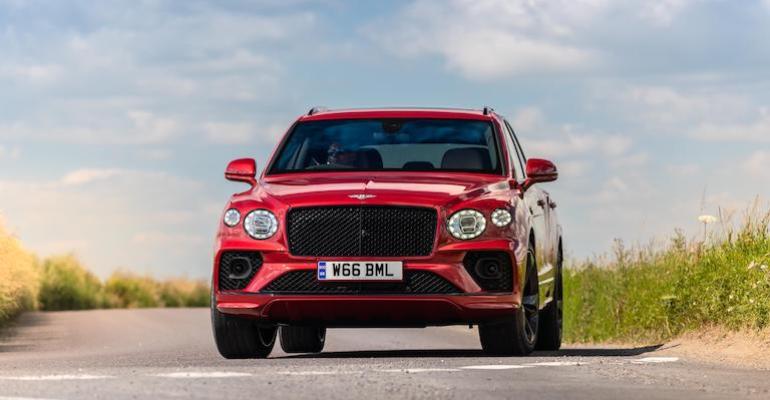 Start Slideshow ›
Bentley Bentayga Plug-in Hybrid
Bigger, stronger, faster—some people just want a real SUV. These plug-in hybrid versions can give you what you need without costing a fortune at the pumps.

Although crossover sport utility vehicles (CUVs) have largely replaced sedans and minivans in the US automotive landscape, there are times when the load and passenger carrying capacity of a traditional sport utility vehicle (SUV) is what you need. Big SUVs can be gas hogs, however, so adding a hybrid drive system, combining a gasoline engine with an electric drive motor and small battery pack makes it is possible to collect the energy wasted during slowing down and braking and reapplying it during acceleration to improve both performance and fuel economy.

Take this one step further, a small or medium-sized battery pack can be charged at home (the so-called Plug-in Hybrid Electric Vehicle, or PHEV) provides a level of electric vehicle operation before the normal hybrid mode kicks in. With the average US commute to work each day just 16 miles each way, a small battery that can provide 30-40 miles of range means that many commuters will not have to use any gasoline during their daily commute. Because the range is limited the battery can be much smaller than that used in a Battery Electric Vehicle (BEV) resulting in less weight, less cost, and a shorter charging time.

Meanwhile, traditional full-size SUVs still have their place. Some are available with three rows of seating for seven and load and towing capacity greatly above what a CUV can offer. Full-size SUVs aren’t cheap and adding a PHEV system raised the price. Here are 9 plug-in hybrid sport utility vehicles available for 2022 that range in price from just over $37,000 to more than $165,000. We have listed them from least expensive to most expensive and also included the EPA fuel economy rating and the distance that they can travel in EV mode only.