Hit With One Bad Blow After Another, This Isn't Electric Truck Company Lordstown's First Scandal 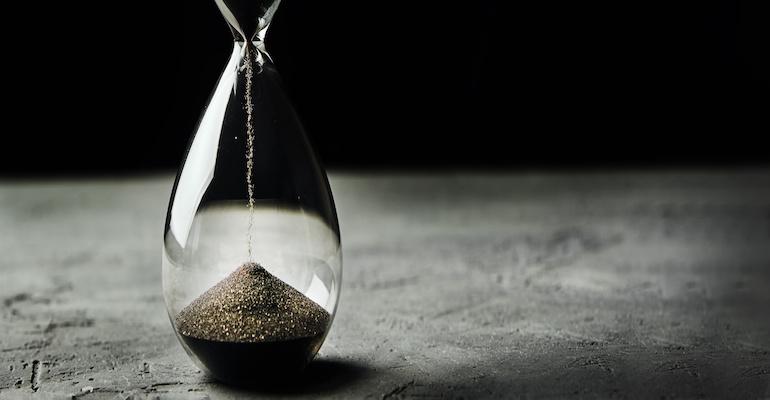 The company has run into myriad problems and potential scandals, as both its CEO and its CFO have resigned.

Lordstown Motors Corp., an electric truck startup that has seen controversy over the past few months, disclosed in its annual report in June that it doesn’t have sufficient cash to begin full commercial production, raising doubts that the company can continue through 2021. Lordstown issued a “going concern” warning. Additionally, on June 14, the company announced that CEO Steve Burns and finance chief Julio Rodriguez have left the company. Burns also stepped down from the company’s board.

All of this comes on the heels of a Hindenburg report earlier this year that called into question Lordstown’s ability to produce vehicles commercially, including doubts that its vehicle “pre-orders” were from viable commercial firms, as outlined in a May 12 story in Battery Technology. The company’s goal of building 2,200 vehicles by year-end now seems in doubt, as the company noted higher-than-expected costs causing a “cash burn.” Cash wasn’t the only thing Lordstown Motors was burning through — its pilot vehicle went up in flames on the test track in January.

On June 4, Lordstown Motors released investor news that it had received “an expected notice" from the Listing Qualifications Department of the Nasdaq Stock Market LLC on May 28, 2021, stating that “the company is not in compliance with Nasdaq Listing Rule 5250(c)(1) because it has not yet filed its Quarterly Report on Form 10-Q for the quarter ended March 31, 2021, with the Securities and Exchange Commission.”

An article in the Wall Street Journal on June 14, “Lordstown Motors’ Future in Doubt,” noted that the company “disclosed [in its filing] that it had conducted an evaluation while preparing its 2020 financial statements and concluded there were substantial doubts as to the company’s ability to continue as a concern in 2021. The company’s independent auditors shared the doubts, Lordstown Motors said in the filing.”

Related: 11 Pickup Trucks That Promise to Take the Electric Vehicle Market By Storm

Additionally, Lordstown Motors released a statement on June 14 from the Special Committee of the Board of Directors who investigated the March 12 Hindenburg research report. The board took issue with the Hindenburg report’s statements “about demand for its Endurance pick-up truck, the viability of the technology utilized in the Endurance, and its ability to start production of the Endurance in September 2021.”

The committee’s investigation concluded that the Hindenburg report is “in significant respects, false and misleading. In particular, its challenges to the viability of Lordstown Motors’ technology and timeline to start of production are not accurate. The investigation did, however, identify issues regarding the accuracy of certain statements regarding the company’s pre-orders.”

The committee concluded that while various factors could lead to delays in the start of production, “the projected September 2021 start of production remains achievable with the expectation of delivery to customers in the first quarter of 2022.”

The committee also concluded that a statement from a former employee that the company had switched from plastic to aluminum frames earlier this year is false, claiming that it had always planned to use steel. “While Lordstown Motors made certain changes to the materials to be used for the doors, hoods, and fenders, there has been no change to its plan to manufacture the vehicle frame from steel,” stated the Special Committee.

With regard to the required regulatory, durability, and Federal Motor Vehicle Safety Standards testing, the Special Committee of the Board of Directors said that “none of the testing cited in the Hindenburg report must be complete before the start of production. Lordstown Motors has begun testing consistent with a timeline that anticipates delivery to customers in the first quarter of 2022, taking into account the potential adjusted production volumes discussed on the company’s May 24, 2021, first quarter earnings conference call.” Testing is ongoing throughout 2021.

Regarding the battery cells referenced in the Hindenburg report, they have been sourced from suppliers, and initial battery pack assembly equipment has been received and is being installed, with remaining equipment due to arrive in advance of the projected start of production date, said the committee review. “Lordstown Motors currently expects to produce hub motors in part using manual processes while the automated hub motor production line is installed over the next few months. It expects this process to provide sufficient hub motor production capacity to support expected production volumes in 2021 and 2022,” stated the report.

Regarding Hindenburg’s questioning of the hub motor technology’s viability, the committee noted that the hub motors are licensed from a Slovenian company, Elaphe, and “present durability issues because of ‘unsprung weight,’ and that hub motors have not previously been commercialized at scale in the light vehicle market.” That said, the committee concluded that “while hub motors have not previously been used at scale in commercially produced passenger vehicles, the hub motor technology licensed from Elaphe is viable. The Endurance was engineered to address the unsprung vehicle mass attributable to in-wheel motors, including through tuning of the suspension, reinforcing the vehicle structure, and utilizing a heavier truck chassis. These measures are expected to alleviate any ride or durability issues that might otherwise arise.”

As for the pre-orders, the committee stated that Lordstown Motors “has repeatedly disclosed that its pre-orders are non-binding, and it has highlighted the risk that pre-orders may not be converted into actual orders.” Additionally, the pre-orders “did not require a reservation or similar payment, though pre-orders submitted through a website portal required a refundable $100 payment. Lordstown Motors entered into an arrangement to pay one entity commissions for procuring pre-orders. That entity procured approximately 1,000 pre-orders and also assisted Lordstown Motors in entering an important commercial relationship with a leading fleet management company.”

The committee also made the following observations: “First, although not in a position to assess ongoing litigation with Karma Motors, the Special Committee notes that Lordstown Motors has denied the allegations against it and is contesting both liability and damages. Second, as described in various Form 4 filings in the months following the DiamondPeak transaction [the special purpose acquisition company, or SPAC, merger announced last November and valued at $1.6 billion] “certain Lordstown Motors directors and executives have sold or transferred shares in the company. Each of those transactions were made for reasons unrelated to the performance of the company or viability of the Endurance, and each such director and executive retained substantial Lordstown Motors equity holdings in the form of shares and options following the sales and transfers described in the company’s public filings.”

Lordstown Motors’ June 14 leadership transition announcement said that the company’s Lead Independent Director, Angela Strand, Managing Director of Strand Strategy, an advisory firm specializing in technology, business strategy, and organization development across multiple sectors, has been appointed Executive Chairwoman of the company. She will oversee the organization’s transition until a permanent CEO is identified. Becky Roof, a CPA and “seasoned financial executive,” will serve as Interim Chief Financial Officer. All changes were effective immediately.

Rich Schmidt, President of Lordstown Motors said at the Automotive Press Association (APA) online media event on June 15 that the company had firm orders for all of the Endurance electric trucks it intends to build this year and 2022. Then on June 17th,  Lordstown had to release an SEC filing to address Schmidt's comments. "To clarify recent remarks by company executives at the Automotive Press Association online media event on June 15, although these vehicle purchase agreements provide us with a significant indicator of demand for the Endurance, these agreements do not represent binding purchase orders or other firm purchase commitments," Lordstown Motors said in its filing.

To add to the company’s woes, a Wall Street Journal (WSJ) article on June 20, indicated that several top executives at Lordstown Motors sold some of their stock in the startup ahead of reporting financial results, according to regulatory filings disclosing the transactions. According to the WSJ, five top executives, including Schmidt, the company’s president, along with its former chief financial officer, sold more than $8 million in stock over three days in early February. Schmidt sold 39% of his vested equity over two days in February for $4.6 million, according to company filings. Lordstown reported its year-end results for the first time in mid-March of 2021 and its net loss of 23 cents a share for the quarter was more than double analysts’ expectations. On June 14, the company said a special committee formed by Lordstown Motors’ board had looked into the executives’ stock sales and concluded they “were made for reasons unrelated to the performance of the company.”

Lordstown Motors has designated June 21- 25 as “Lordstown Week”. The idea is to bring in analysts and journalists to show the progress that has been made in the conversion of the former General Motors plant into a production facility for the Lordstown Motors Endurance electric pickup truck. In addition, pre-production prototypes of the truck are available to give rides to guests. Tours of the partially completed assembly line were given to promote confidence that the company will meet its September 2021 production start deadline.

It seems as if there will be more to this story, and we will continue to provide updates as more information unfolds.