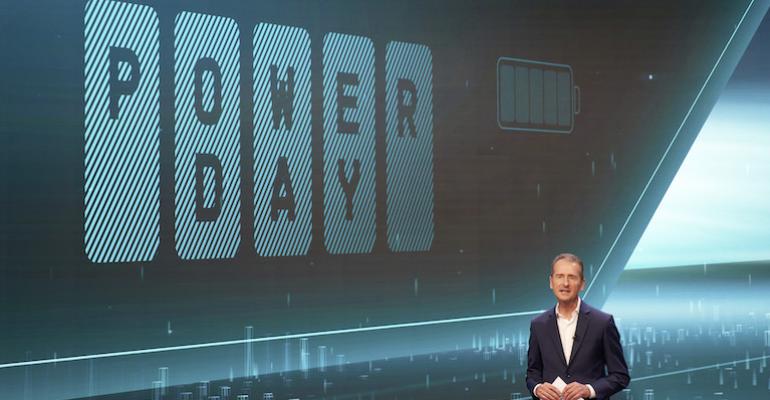 Start Slideshow ›
Volkswagen has big plans for an all-electric future—here's some of the news they shared with the world on the company’s first-ever Power Day.

If you want to prove to the world that you are serious about building EVs, one way to do so is to hold an event designed to explain the superiority of your technology and impress the world with the scope of your goals. Thus, General Motors (GM) held its EV Day and Tesla its Battery Day last year, and Volkswagen has just held its Power Day.

VW’s plans are comprehensive—from raw materials and battery fabrication, to new EV design, to charging and infrastructure, to eventual second use and recycling of spent lithium-ion batteries. The goal by 2030 is to bring battery costs down by 30-50%, to build charging networks in Europe, China, and North America, and to reuse or recycle 95% of the materials used in a lithium-ion battery cell. These are ambitious goals: here is how Volkswagen plans to get there.