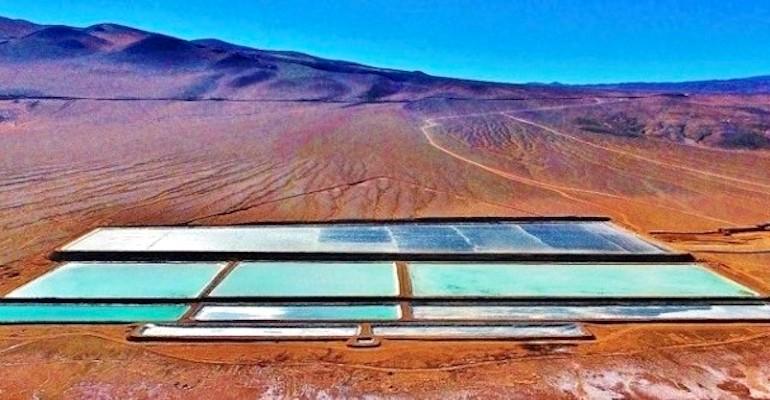 Lithium is processed from brines using solar evaporation ponds. Argentina, Bolivia, and Chile are the most important sources of lithium from brines.
In Part 1, we examine the different lithium-ion battery chemistries in use by carmakers, and where those chemistries will lead.

Nowhere is the scope and scale of industrial globalization more evident than in the manufacture of lithium-ion batteries—the catalyst for the electrification of the world’s transportation systems. According to a recent August 2020 report by Verified Market Research, “The Global Lithium-Ion Battery Market was valued at $36.35 billion in 2019 and is projected to reach $115.98 billion by 2027, growing at a CAGR of 15.6% from 2020 to 2027.”

Lithium-ion batteries are not all the same, however. There are a variety of battery chemistries that are in production and that are used by different electric vehicle (EV) manufacturers. In addition, there are several ways in which the lithium battery raw materials are mined—and batteries that use some chemistries work best with specific lithium extraction techniques. Understand where lithium comes from and who uses what kind of lithium-ion battery, and you can grasp the scale of the global battery industry.

The first commercial lithium-ion battery was developed by Sony in 1991. It used a carbon graphite anode and a lithium-cobalt-oxide cathode that resulted from research by John Goodenough. While graphite anode electrodes have remained fairly constant, over time, a variety of different cathode materials have been developed in a search for batteries that produce more energy, high power levels, longer life, and improved safety.

Lithium-iron-phosphate cathode materials were first developed in the mid-1990s. The compound offered relatively low cost, high thermal stability, and provided a high level of safety. Some other characteristics of LFP batteries include:

Because of these characteristics—particularly safety and the lack of cobalt—LFP has begun to make a comeback, particularly in China. The Chinese-built Tesla Model 3 uses an LFP battery pack, as do Chinese-manufactured Mercedes-Benz models. The addition of manganese to the LFP compound increases the battery energy density (to about 180 Wh/kg), as demonstrated by the use of LFMP batteries by BYD in buses and EVs.

Nickel-cobalt-manganese (NCM) has become one of the most commonly used cathode materials in lithium-ion batteries for EVs. In addition to EVs from Nissan, Jaguar, BMW, Chevrolet, and Audi, NCM is also the predominant chemistry for mobile phones and handheld devices, and laptops. NCM has a significant advantage in energy density over LFP.

2010 research in the Department of Mechanical Engineering at the University of Michigan, showed that NCM’s lithium diffusion coefficient is 10,000 times faster than that of LFP. In addition, the electron mobility in NCM is 1,000 times faster than LFP. Together, this means an NCM battery can produce higher power with a higher energy density than an LFP battery. The energy density of NMC batteries is higher than LFP—typically higher than 200Wh/kg.

The disadvantage in NCM batteries comes from nickel and cobalt—both are expensive metals. Cobalt, in particular, has issues. One of the primary sources for the element is the Democratic Republic of the Congo (DRC), a region with high political instability. “Cobalt is also being removed from battery architectures as a matter of rarity and cost,” Edwin Pope, principal automotive analyst, global light-weighting, at IHS Markit told Battery Technology. “Battery designs are searching for a low cost and high energy density formula which meets the cycling criteria for on-road use. Even in a scenario of world peace, basic economic forces will continue to drive Research & Development efforts into reduced cobalt alternative formulations," he said.

As a result, there are a variety of NCM combinations that are used as lithium-ion battery cathodes. The key element is nickel—its responsible for the cathode capacity. But oxidized nickel isn’t very stable, so cobalt and manganese are added to help with chemical and structural stability.

Nickel-cobalt-manganese cathodes have been around for more than 20 years. The earliest and at one-time most common is, NMC 111 (⅓ Ni, ⅓ Mn, ⅓ Co – also abbreviated as NMC 333), has been used in the BMW i3, Chevy Bolt, or new Nissan Leaf, and the Tesla Powerwall stationary home and industrial battery system.

But the push is on to develop EVs with longer range and the easiest way to make cells with higher capacity to store more energy and to reduce their weight is to increase their nickel content. So, each generation of new cells, NMC433, NMC 532, and recently NMC 622 has increased driving range and, because of reduced amounts of very expensive cobalt, has also reduced the cost of the battery cells. The BMW i3, for example, switched from 94 Ah NMC 333 cells to 120 Ah NMC 622 cells at the end of 2018.

The newest NMC cathode chemistry is 811 with a composition of 80% nickel, 10% manganese, and 10% cobalt. The goal for NMC 811 is 300 Wh/kg at a price of $100/kWh. While the commodity prices of nickel and manganese are low and steady, cobalt prices climbed more than 200% in 2017. Cathode materials account for about a quarter of the battery cell costs, so reducing the amount of cobalt to 10% does affect the battery price.

Unfortunately, because of its very high nickel content, processing NMC 811 cathode material is difficult and requires additional and improved steps to accomplish. This means higher manufacturing cost, somewhat offsetting the price advantage of the lower cobalt content. LG Chem and SK Innovations are two companies that are pushing hard to develop NMC 811 for EVs.

Another composition that uses high nickel content for a high capacity cathode is nickel-cobalt-aluminum or NCA. Cathodes of NCA typically have 80% nickel, 15% cobalt, and are doped with aluminum. NCA cells are most commonly used by Panasonic for Tesla in its North American manufactured vehicles. Panasonic, Sony, and Samsung also manufacture NCA batteries for various electronic devices. The energy density of the latest NCA lithium-ion batteries is in the 280 Wh/kg range. Like NMC 811, because of its high nickel content, NCA can be unstable and requires significant care during manufacturing.

Much of the lithium for battery production is extracted from brine that is pumped from the ground into a series of evaporation ponds. Located in Argentina, Bolivia, and Chile, the ponds use solar evaporation over several months to concentrate the brine. When it reaches an optimum concentration, the solution is pumped to a processing facility where it is filtered and treated with sodium carbonate to create a lithium carbonate precipitate. The lithium carbonate is further filtered and then dried to a powder so it can be shipped to a conversion facility where it is further processed into a battery-grade material. 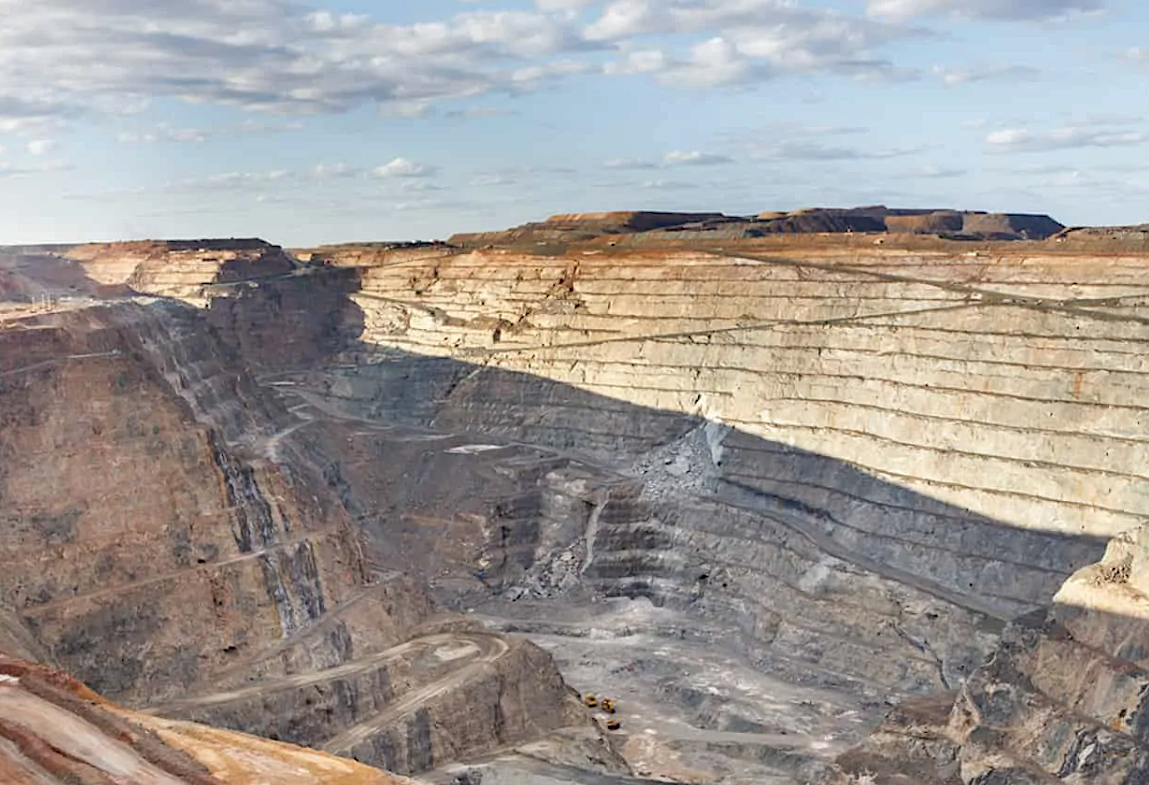 Hard rock mining of the mineral spodumene is another source of lithium raw materials for batteries.

Lithium can also be extracted from the mineral spodumene through hard rock mining. Australia is a major source of lithium produced in this way. After the spodumene is mined, typically from open-pit mines, and crushed, it undergoes a series of heat treatments and processing with sulfuric acid and sodium carbonate to produce lithium carbonate, which is filtered and dried. Typically, spodumene concentrate is then shipped from Australia to China for processing, although processing on-site in Australia to lithium carbonate or lithium hydroxide has begun to locally capture more of the value stream.

There is another method that can be used to extract lithium. Lithium has been extracted from geothermal brines in a process that also uses the thermal energy of the subsurface brines to power the system. Direct Lithium Extraction (DLE) has been demonstrated by Vulcan Energy Resources at a facility in Germany.

High temperature, lithium-rich brine is pumped from a deep underground reservoir. The heat is removed from the brine and used to power a turbine that generates electricity to power the process. The brine is reheated and sent to a vessel where lithium chloride is adsorbed from the brine, leaving other salts in the solution. The lithium chloride can then be removed from the vessel and purified before being converted to products like lithium hydroxide.

Vulcan claims to have achieved 90% lithium extraction while producing almost no carbon dioxide emissions, thanks to the geothermal energy generated during the process. Pilot plants are proposed for the Salton Sea in California and the Upper Rhine Valley in Germany.

The disruption effects of COVID 19 on global supply chains have been profound. As the pandemic has closed countries, transportation systems, and entire industries, moving raw materials and finished products around the globe has become increasingly difficult. At the same time, increasing tension between China and the US has resulted in a trade war that has further complicated global supply chains and has spurred an examination of reshoring and the nationalizing of US-destined products.

In Part 2, we will examine the global supply chains of the battery industry and how their disruption is changing the outlook for electrification of transportation.