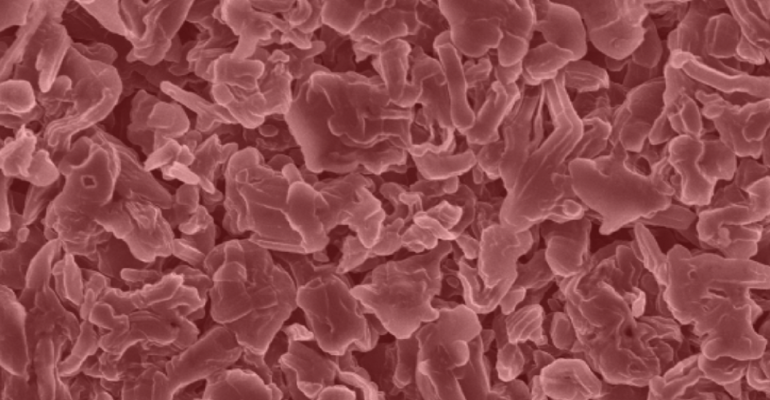 Researchers are still trying to build the optimal battery for electric vehicles (EVs) that can provide long-lasting and low-cost energy storage without the added danger of a potential to catch fire because of material degradation.

A team at Columbia University has come up with a potential solution to improve lithium-metal batteries for EVs, which already have desirable properties for this use such as high energy density and long life.

Researchers at Columbia Engineering used a combination of microscopy, nuclear magnetic resonance (NMR) —similar to an MRI—and computational modeling to discover that adding small amounts of potassium salt to a conventional lithium battery electrolyte produces unique chemistry at the interface of the lithium and electrolyte.

The team used alkali metal additives, such as potassium ions, in lithium-metal batteries to prevent too much lithium from building up during battery use. This solution can help diminish the growth of needle-like structures on dendrites in the battery’s anode, which can lead to dangerous short-circuiting, fire, or even explosions.

“Specifically, we found that potassium ions mitigate the formation of undesirable chemical compounds that deposit on the surface of lithium metal and prevent lithium-ion transport during battery charging and discharging, ultimately limiting microstructural growth,” said team leader Lauren Marbella, an assistant professor of chemical engineering at the university.

The Columbia team is not the first to try to discourage the growth of dendrites in lithium-metal batteries. Other researchers have taken different and varied approaches to the problem.

A team from UC San Diego, for example, observed over time how dendrites can grow so long that they pierce the separator between the anode and cathode create a bridge between the two, which causes the short circuit. To solve the problem, researchers developed a separator that essentially can soften the blow when a dendrite punctures it.

Other researchers have studied the growth and evolution of these dendrites in batteries to approach resolving the problem in this way.

Indeed, the Columbia team’s approach represents one of the first in-depth characterizations of the surface chemistry of lithium metal using NMR, and demonstrates the power of this technique to design new electrolytes for lithium metal.

“Commercial electrolytes are a cocktail of carefully selected molecules,” she observed in a press statement. “Using NMR and computer simulations, we can finally understand how these unique electrolyte formulations improve lithium metal battery performance at the molecular level. This insight ultimately gives researchers the tools they need to optimize electrolyte design and enable stable lithium metal batteries.”

Researchers published a paper on their work in the journal Cell Reports Physical Science.

The team plans to continue its work and is currently testing alkali metal additives that stop the formation of deleterious surface layers, combining them with more traditional additives that encourage the growth of conductive layers on lithium metal. They also are actively using NMR to directly measure the rate of lithium transport through this layer.